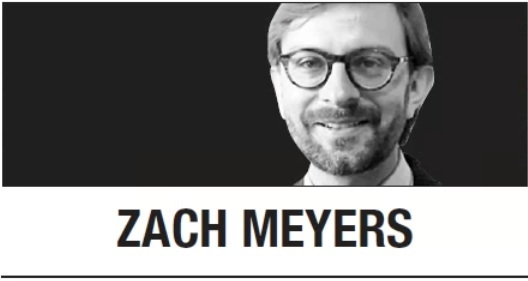 With Elon Musk set to buy Twitter for $44 billion, commentators are scrambling to understand what the “free speech absolutism” espoused by the world’s richest person will mean for the platform. But the principle could also create headaches for Musk himself.

With the European Union and the United Kingdom about to enact laws aimed at making social media safer and more accountable, Musk has seemingly chosen a bad time to roll back content moderation on Twitter. In fact, despite officials’ threats, Musk will be able to emasculate the platform’s content restrictions in the name of free speech if that is what he wishes to do. But he may reconsider once he realizes that this freedom will soon mean greater accountability.

Today, Twitter prohibits a wide range of legal but objectionable content, including posts expressing the hope that someone comes to harm, or which contain “excessively” violent images, and content that “disrupts people’s experience.” And, of course, Twitter has banned controversial high-profile users like former US President Donald Trump. Musk wants to change this, with Twitter banning only illegal content.

UK and EU policymakers will not admit it openly, but their online safety laws will leave Musk free to reverse Twitter’s user bans and loosen its content rules so that they ban only illegal content. When the legislation was being drafted, some lawmakers pushed hard to regulate platforms’ handling of so-called “lawful but awful” material. But, in the face of heavy resistance from civil society, they generally acknowledged that censoring legal content was a bridge too far.

For example, the EU’s Digital Services Act will require large platforms like Twitter to assess the risks -- such as causing discrimination or undermining democracy -- created by the posting of legal but objectionable content. But platforms would generally be free to decide how they want to mitigate those risks. Banning content would not be the only option.

The EU and the UK will therefore not be in a position to complain if Twitter permits much more objectionable material on its platform -- so long as it has other mitigating measures in place. These could be more protective of freedom of speech, for example by asking users to confirm if they really want to post or retweet questionable content.

But even if online safety laws cannot force Musk to abandon his plans, they will affect his commercial incentives. Musk is reportedly buying Twitter not because he sees it as a money-making machine but because he loves the service. But, having put $21 billion of his own equity on the line and pledged a third of his Tesla shares as collateral for his debt financing of the bid, he obviously is not providing a public good.

Reducing content moderation to the bare minimum is unlikely to help Musk turn around Twitter’s struggling business. Advertisers hate the public-relations risk of having their ads displayed near objectionable content. If Twitter became too toxic, they might leave the platform altogether, jeopardizing the vast majority of its revenue.

Musk may abandon the advertising-driven business model and turn Twitter into a subscription service. But lax content moderation will make this option tougher, too. Many users will be turned off by perceptions that Musk is trying to entrench Twitter further in the culture wars that preoccupy its most avid users. And few users -- even libertarians -- want to wade through a mass of disinformation, snarky memes, cruel pile-ons, and low-quality content to find engaging material.

If Musk stops banning users and removing legal content, he will have to employ other tools to keep Twitter usable. That means relying even more heavily on algorithms to amplify high-quality content and make problematic material more difficult to find.

Musk recently suggested that he believes allowing all legal content will reduce his accountability and responsibility, tweeting that, “If people want less free speech, they will ask government to pass laws.” But governments are pushing responsibility back onto platforms. Their laws will force platforms to be more transparent -- not just about which content they ban, but also about how their algorithms promote and demote content.

Regulators, researchers, and the public will be able to look under the hood at how large platforms operate -- and will carefully scrutinize whether they favor one side of a political debate over another. Musk has even said that he wants to make Twitter’s algorithms open source, which will intensify this scrutiny. If Musk thinks that a commitment to free speech will make Twitter “politically neutral,” and that users will ignore how its algorithms influence public debate, he is seriously mistaken.

Advocating free speech is easy. But, as Twitter’s current management knows well, the reality of operating a social media platform is more difficult. EU and UK laws will give Musk a free hand to loosen content moderation on the platform, but they will also create far more public scrutiny of his strategic and operational decisions. He may initially enjoy the legal freedom. He will not enjoy the accountability.