[Graphic News] 7.1% of US adults identify as LGBT 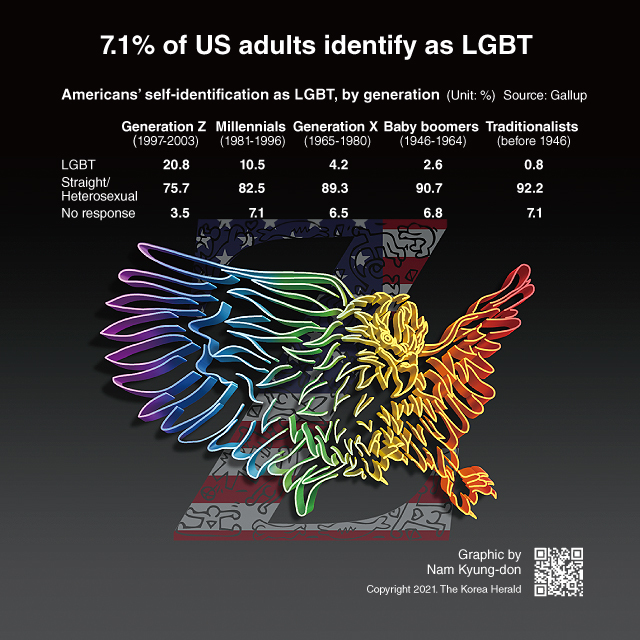 The proportion of US adults identifying as LGBT has increased to a high of 7.1 percent, double the figure from 2012 when Gallup first started measuring it, reflecting a generational shift, the polling firm said.

Gallup asks Americans whether they personally identified as straight, lesbian, gay, bisexual, transgender or something other than heterosexual, as part of the demographic information it collects on all its phone surveys.

Respondents can also volunteer any other orientation or gender identity.