Choe is known for kinetic sculptures known as “anima-machines” that combine the realms of art and science, which he has explored since the early 1990s. The kinetic installations created with stainless steel, robotics and acrylic show how humans’ desire is reflected in technological development.
The winner will show newly commissioned installation work “Paper Boat” at the exhibition, “MMCA Hyundai Motor Series 2022,” which will run from September to February 2023 at MMCA Seoul. He will explore his long-held interest in humanity and global crises such as climate change and the COVID-19 pandemic for the exhibition.

Born in 1970, Choe has been interested in the relationship between science and art since his early childhood.

His first solo exhibition, “Civilization Host” was held in Seoul in 1998. In 2006, he became the first Korean artist to have a solo exhibition, “City Energy-NAM Project004,” at the Mori Art Museum in Tokyo. Currently based in Seoul, he studied sculpture at Chungang University in Seoul. 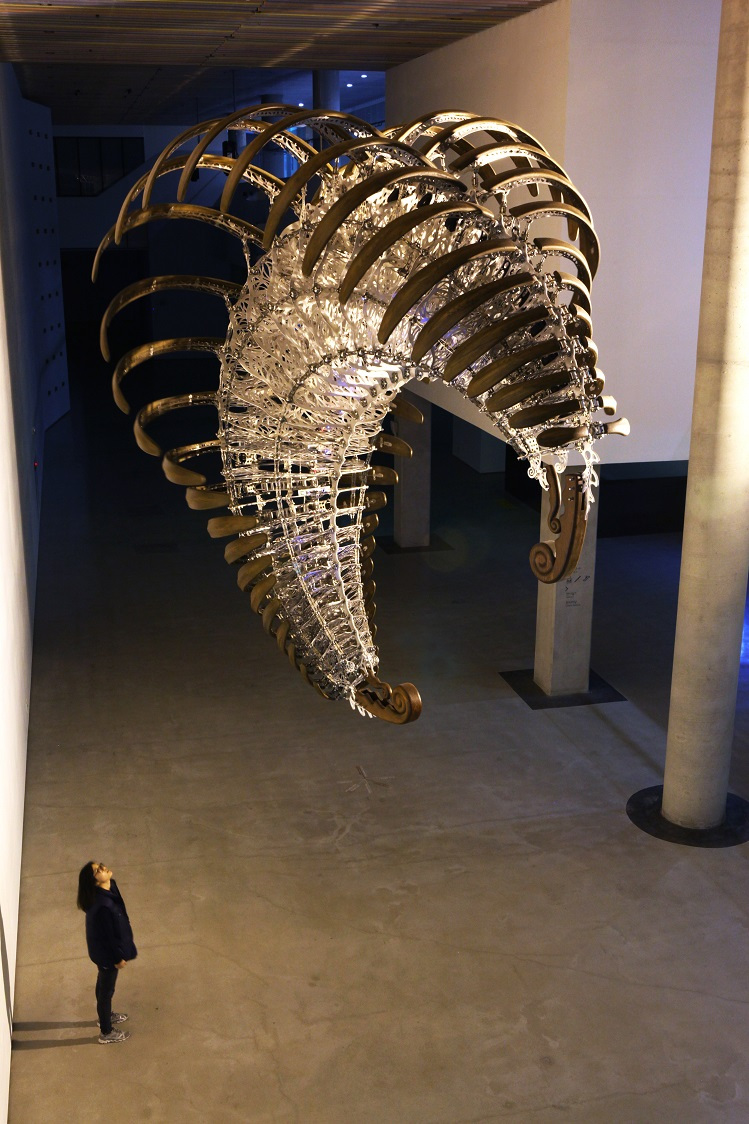 "Opertus Lunula Umbra" by Choe U-ram (MMCA)
The MMCA Hyundai Motor Series, inaugurated in 2014, is sponsored by Hyundai Motor as a project supporting established Korean artists. Selected artists are commissioned to create new works that are then shown at an exhibition at the state museum.