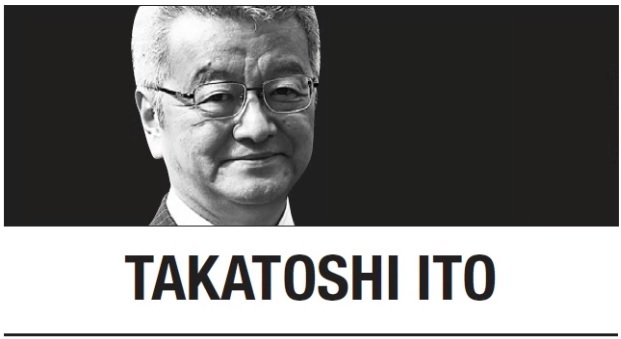 On Oct. 4, Fumio Kishida became Japan’s 100th prime minister, succeeding Yoshihide Suga, who held the office for only a year. Kishida secured the top job by prevailing in the four-person race to lead the Liberal Democratic Party. On Oct. 31, he and the LDP will face a national election for the House of Representatives, the lower but more powerful chamber of the Japanese Diet.

Together with its coalition partner, the Komeito Party, the LDP is expected to win decisively. The latest NHK poll puts the LDP’s support at 38.8 percent (and Komeito’s at 3.9 percent). The largest opposition party, the Constitutional Democratic Party, polls just 6.6 percent support, followed by the Communist Party, with 2.8 percent.

If the LDP does indeed win big, Kishida will be on track for at least a three-year tenure as LDP president and up to four years as prime minster before the next parliamentary election must be held. That is more than enough time to introduce and implement a policy agenda of his choice, so the question is what route he will take.

During the LDP leadership campaign, Kishida promised a shift in economic policy away from “neoliberalism” and toward a “new capitalism.” He hopes to create a virtuous cycle between income redistribution and growth, arguing that neoliberalism has created a widening gap between Japan’s rich and poor.

Kishida wants firms to distribute profits more widely to employees, customers and subcontractors (in addition to shareholders), which implies a change from “shareholder capitalism” to “stakeholder capitalism.” His ultimate goal is to make the middle class dominant again, so he has proposed a tax break for companies that raise employees’ wages and salaries.

Kishida’s platform is reminiscent of BlackRock Chairman Larry Fink’s 2018 open letter to his fellow CEOs, “A Sense of Purpose,” in which Fink argued that “Companies must benefit all of their stakeholders, including shareholders, employees, customers, and the communities in which they operate.”

And yet, many questions remain. Does Kishida’s vision of a new capitalism imply an endorsement of environmental, social and governance principles? Or is he just nostalgic for the old days of Japanese capitalism, when employees were expected to stay in one company for life (with seniority determining promotions) and when firms were expected to avoid layoffs even in a severe downturn or for the purpose of restructuring? Only after Kishida provides more details about his economic program will we know which way the new prime minister has jumped.

As for the COVID-19 pandemic, which is still ravaging Japan, Kishida has called for increased wages and salaries for nurses, care workers and nursery-school teachers. Unlike in many other countries, this objective can be achieved largely through government action, because health care, long-term care and child care are heavily regulated sectors. Additional support for these workers will no doubt be popular. Japan’s health care system is infamous for its rigidity and stifling regulation, with workers commonly being forced to log overtime hours without pay.

Although Kishida’s emphasis on redistribution is what drew most of the attention during the campaign, he does have a growth strategy as well. He wants to invest more in science and technology, build digital infrastructure in underserved rural areas, create resilient supply chains, and strengthen the social safety net. One concrete measure he has proposed is a 10 trillion yen ($88 billion) “university fund” to support research at top institutions.

Conspicuously absent from Kishida’s growth strategy is the word “reform.” Perhaps he associates that term with neoliberalism, because it can be used euphemistically to describe painful firm closures or mass layoffs for cutting costs.

But the association is mistaken. Japan desperately needs a government that is willing to pursue reforms to encourage a digital transformation in many industries. Without that, it is hard to see how Kishida can deliver higher productivity, and thus higher real wages for ordinary workers. Moreover, firm closures or layoffs in unproductive, declining industries can be managed with retraining programs and transitional safety-net policies. Such reforms are wholly consistent with stakeholder capitalism.

An important debate in this month’s national election campaign is over the size of cash payments to young and low-income workers. The Komeito Party has proposed one-time lump-sum child benefits of 100,000 yen for each person under age 19 in a household. Other opposition parties have also proposed cash disbursement to households, as well as a lower consumption-tax rate.

Another voice in the mix is Sanae Takaichi, who ran against Kishida in the LDP leadership election and has since been appointed to a key policymaking position within the party. During the campaign, she channeled Modern Monetary Theory, suggesting that there is no limit on the issuance of government debt as long as it is denominated in the country’s own currency. That means there may be strong pressure within the LDP itself to open the fiscal taps.

Though Kishida campaigned on proposals to introduce progressive tax rates for interest, dividends and capital gains, he has since backed away from that idea in the general election campaign. There now appears to be an intensifying race to increase fiscal deficits in support of radically expansive cash disbursements. If Kishida joins in, that could make him popular in the short term, but it would raise myriad macroeconomic risks for Japan further down the road.