- Support for strengthening and promoting the Korean wave culture competitiveness such as K-pop and K-drama.

SEOUL, South Korea, Oct. 15, 2021 /PRNewswire/ -- With the rise of the Korean Wave, a Korean Wave Promotion Association, which is a private company, is officially launching for strengthening and promoting the Korean wave culture competitiveness. 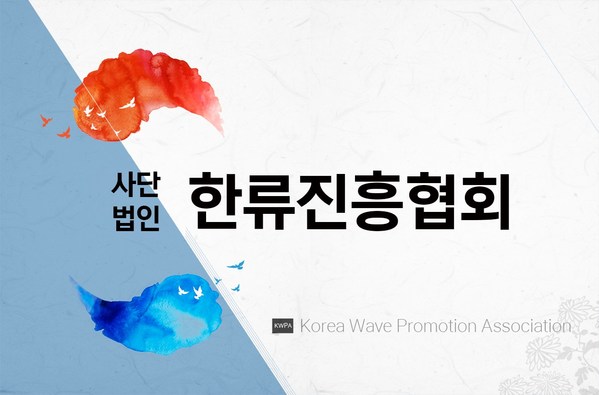 Hanryu Bank, leading the launching of the Korean Wave Promotion Association following the craze of the Squid Game.

Base on the participation of the public institutes and other companies that are related to the Korean wave, the Korean Wave Promotion Association (KWPA) is going to playing the central role to globally spread and promote the Korean Wave through supporting K-culture exchange, cooperating with international culture, and hosting Korean wave festival.

Hanryu Bank, which is running Hanryu fandom platform and entertainment business, is going to participate as a president corporate and planned to increase the number of member corporates by encouraging the participation of public institutes and related other companies. Recently, Hanryu Bank has been said that it is promoting NASDAQ listing with its corporate value evaluated as $460 million from the global financing and consulting firm KPMG.

The influence of the Korean Wave is increasing, such as an increase in exports of cultural content-related industries and an increase in the status of the country. The Korean Wave has led to rapid growth in the cultural content industry, and related exports have more than 12 times over the past decade, reaching $11 billion last year. The trade surplus also steadily expanded, hitting a record high of $1.96 billion in the first half of this year alone.

Particularly, 26 new Korean words such as "Hallyu" and "Hanbok" were newly listed in the Oxford English Dictionary, which has world-class authority, realizing the strong influence of the Korean Wave.