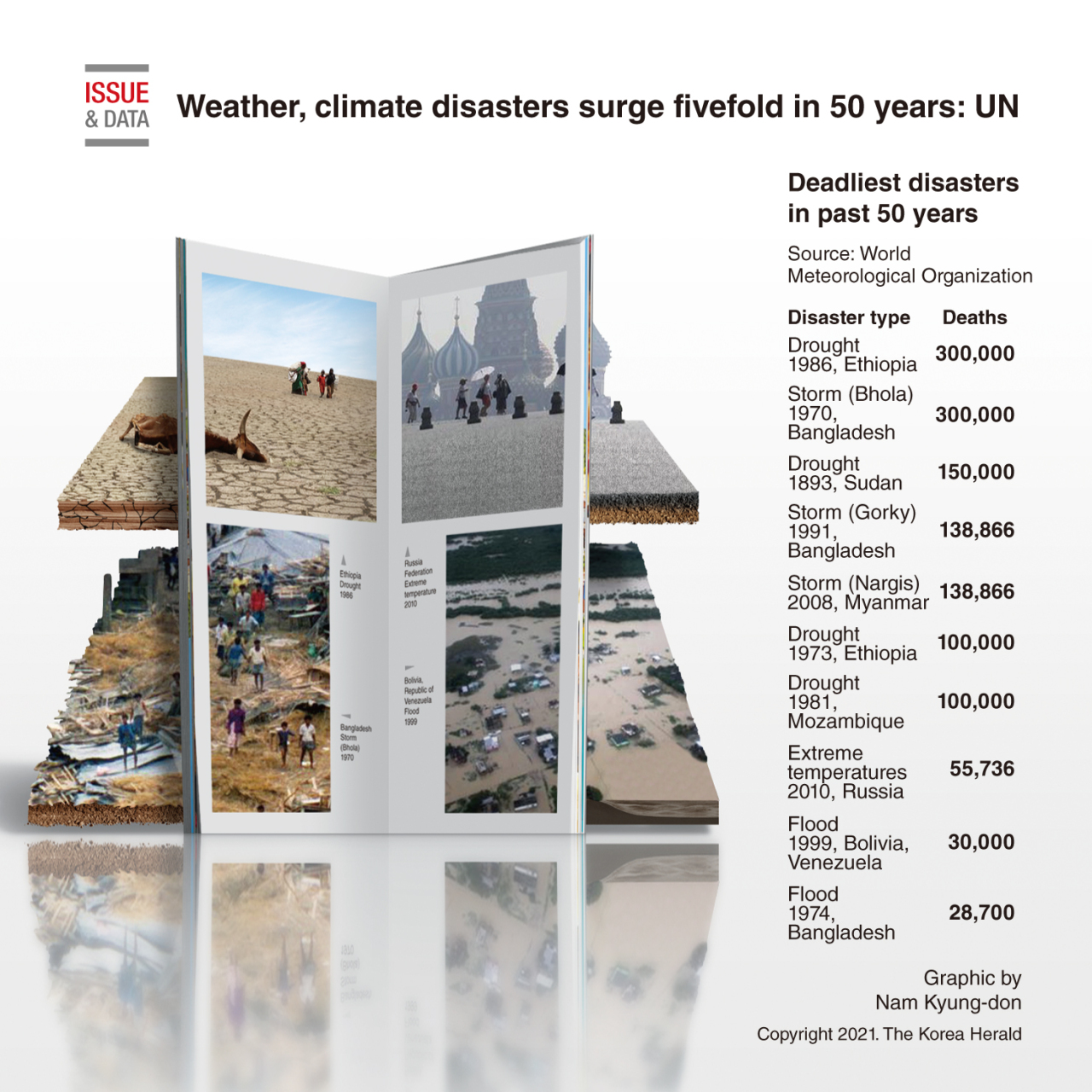 The United Nations warned that weather-related disasters have skyrocketed over the past half-century, causing far more damage even as better warning systems have meant fewer deaths.

A report from the UN‘s World Meteorological Organization examined mortality and economic losses from weather, climate and water extremes between 1970 and 2019.

It found that such disasters have increased fivefold during that period, driven largely by a warming planet, and warned the upward trend would continue.

In total, there were more than 11,000 of disasters attributed to these hazards globally since 1970, causing more than 2 million deaths and some $3.64 trillion in losses. (AFP)