QINGDAO, China, Aug. 16, 2021 /PRNewswire/ -- After a strong first season on the pitch with internationally renowned football club Paris Saint-Germain, leading consumer electronics and home appliances company, Hisense is excited to begin year two of their global partnership. With a strong line up of new signings including Leo Messi, Gianluigi Donnarumma, Sergio Ramos, Georginio Wijnaldum and Achraf Hakimi, and following Neymar Jr's new commitment to the club, Hisense is looking forward to strengthening its partnership with the Parisian club. 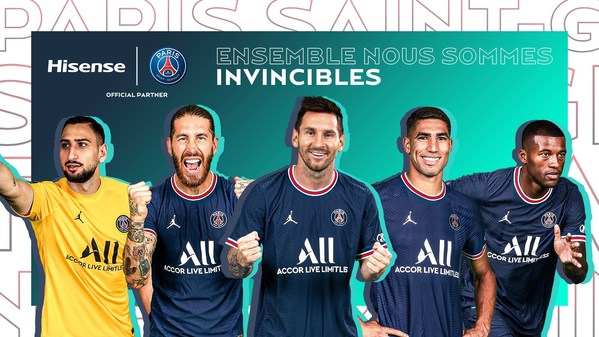 Candy Pang, GM of Hisense's International Marketing Department, said, "We are excited to kick off year two of our partnership with Paris Saint-Germain, one of the most successful and fastest growing clubs in the world. With the success of year one, we'll build on our shared values with the club and continue to use the partnership to create the best possible at home viewing experience for Paris Saint-Germain and its followers. With fans back at the Parc des Princes, combined with the club's raft of top new player signings, it's set to be an even more exciting season ahead." Marc Armstrong, Chief Partnerships Officer at Paris Saint-Germain commented: "It's been fantastic to see how well the Hisense and Paris Saint-Germain partnership has performed in its first year. Hisense's innovative 'Details makes the difference' campaign saw them use our players in an innovative way to showcase their products and brand features. We're looking forward to seeing the partnership go from strength to strength this year and seeing Hisense's new campaigns." 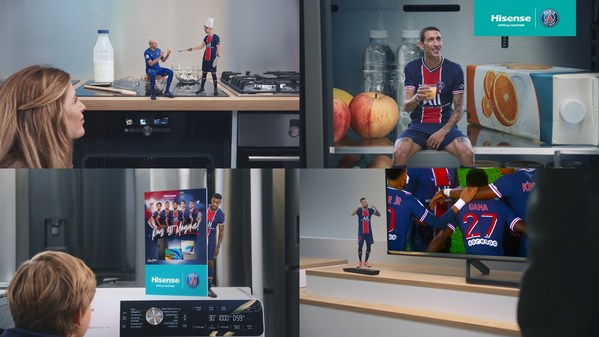 Heading into year two of the partnership, Hisense will provide a wide range of innovative products to the club, as well as setting up a product corner at the Parc des Princes for fans to interact with products. The brand will continue to use the partnership to promote its innovative technology, whilst providing fans with the best at home viewing experiences.

Hisense France, a key market for the brand, has seen revenue increase by 101% YoY from partnership launch in August 2020, through to the season end in May 2021. With TV sales growing 100% YoY in the first six months of 2021 alone, backed by a six-percentage point growth in brand awareness from 2020-2021.

Given the club's global popularity and its large South American player contingent, the partnership has also created additional sales growth across South America. In Chile, the sponsorship has supported sales growth of TVs by over 350% YoY, meanwhile sales revenue of home appliances increased by 940% YoY. Sales units in Central America (Panama) grew by 249% YoY during the first year of the partnership, from August 2020 to May 2021, with TV sales increasing by 499%. Meanwhile, Hisense Colombia has developed local channel partners, and the market business scope of Hisense Argentina has also been expanded.

Hisense continues to support major sporting properties around the globe with its recently announced 2022 FIFA World Cup partnership, alongside its UEFA EURO 2020, and UEFA Nations League Finals relationships. The sponsorship celebrates Hisense's presence on the world stage, with the products exported to over 160 countries and regions.

Keep up with all Hisense's Paris Saint-Germain news visit: global.hisense.com.