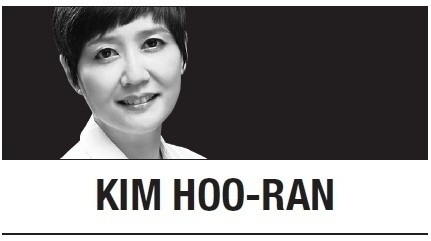 Can the safety and health of the athletes be guaranteed? What is the point of having world-class athletes perform to an empty stadium? In a city where COVID-19 is raging out of control, would not the thousands who will descend upon it exacerbate the situation?

These questions and more bothered me as countries debated whether to send their national teams to the once-delayed 2020 Tokyo Olympics. For someone who has never played competitive sports and is not a great sports fan, participating in the Tokyo Games seemed to entail too many risks -- risks that, in my view, outweighed the potential benefits.

In fact, I was unable to identify potential benefits, even for the people of Tokyo and, on a larger scale, for the people of Japan who must be wondering how they are going to pay off the cost of staging the unprecedented Olympics, bereft of spectators and foreign visitors.

I watched the opening ceremony, only reluctantly, unimpressed by the show that the Japanese hosts had put on. The times being what they are, the show seemed to lack any of the grandeur, either in theme or presentation, that we have come to expect at these events.

It was only when the national teams began marching into the main stadium one by one in their distinctive uniforms that I began to see why the organizers had pushed to proceed with the games despite the naysayers.

In the bright smiles of the athletes and officials waving enthusiastically to the scant few VIPs in the stadium stands, I read their joy at finally being allowed to show what they’ve got. I got why the organizers had to press on. It would have been too cruel to deprive the athletes who have trained for years, their eyes set on the greatest sporting event of all.

Once the Tokyo Games got underway, I was surprised by my newfound enthusiasm for the Olympics. Witnessing the athletes give their all, I have a new appreciation for the Olympics motto, “Faster, Higher, Stronger ... Together.” The word “together” was added at the suggestion of International Olympic Committee President Thomas Bach earlier this year, and rightly so.

The Tokyo Olympics, which come to a close Sunday, have produced plenty of human drama already. Korean archer An San, 20, won three gold medals, no matter the “femi” controversy making international headlines. She told herself not to be scared and to just shoot, An later told reporters.

Another archer, Kim Jae-dok, 17, who won gold with the mixed team and men’s team, coolly uttered, “The end,” after shooting his final arrow. The arrow scored 10 and the Korean men’s team won the match 6-0 against Taiwan to clinch the gold.

The Korean men’s saber fencing team brought home its second consecutive gold medal after the 2012 London Olympics. The team of veteran and young players - Kim Jung-hwan, Gu Bon-gil, Oh Sang-uk and Kim Jun-ho -- spurred each other on, shouting words of encouragement to their teammate on the piste. Hearing a player shout “Do not doubt your ability” to a struggling teammate was a moving experience. Olympic legends are created thus.

A surprise discovery was Hwang Sun-woo, who placed fifth in the men’s 100 meters freestyle and seventh in 200 meters freestyle, both Asian records, in his first Olympics. An 18-year-old with a physique considered slight for a swimmer, Hwang was undaunted by not having won a medal. He called the Olympics experience a “turning point.” His immediate goal? “Keep working hard and break my own records,” he said.

Previously unknown athletes soared to new heights, including high jumper Woo Sang-hyeok, who cleared 2.35 meters to finish fourth. In his Olympics debut, he set a new national record and raised his personal best by 4 centimeters. The confident, beaming athlete was a joy to watch, clearing each new height like a bird in flight. One foot shorter than the other from a childhood injury and just 1.88 meters tall, the odds were not in his favor, but Woo overcame them to compete against the best in the world. Woo‘s whoops of joy at the successful jumps as well as the failed ones were infectious.

Men’s vault gold medalist Shin Jea-hwan, 23, is another case of human triumph over seemingly impossible challenges. After sustaining a serious back injury in high school, he refused to give up gymnastics and worked harder than ever before.

A generational shift was clearly discernible. Young athletes were not devastated by their losses. They were clearly enjoying themselves and looked forward to the next games. And I look forward to seeing them reach for new heights at the 2024 Paris Games.

These Olympics were hard-won for the athletes who trained for the games that they did not know for certain would be held after all. Every one of them deserves our respect for their courage, perseverance and hard work.