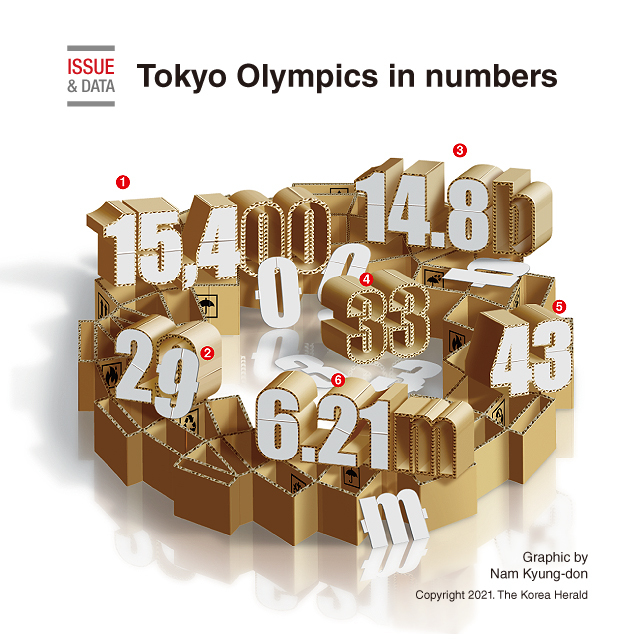 Tokyo Olympics organizers have worked to slash the cost and scale of the 2020 Games after a historic postponement, but the numbers involved are still staggering.
Here are some key figures from the sporting extravaganza, which opens on Friday:

(1) 15,400 athletes
Sportsmen and women from 205 countries and regions will compete at the Tokyo Games, with more than 11,000 Olympic athletes and 4,400 Paralympic athletes taking part.

(4) 33 sports
Olympic athletes will compete at 339 events in 33 sports, with four appearing for the first time: Karate, skateboarding, surfing and sport climbing.

(543 venues
From a state-of-the-art aquatics center to a historic martial arts arena, Japan‘s 43 Olympic and Paralympic sites are located in two main areas.