[Eye Plus] Strolling along the walkway of Namyangju Water Garden 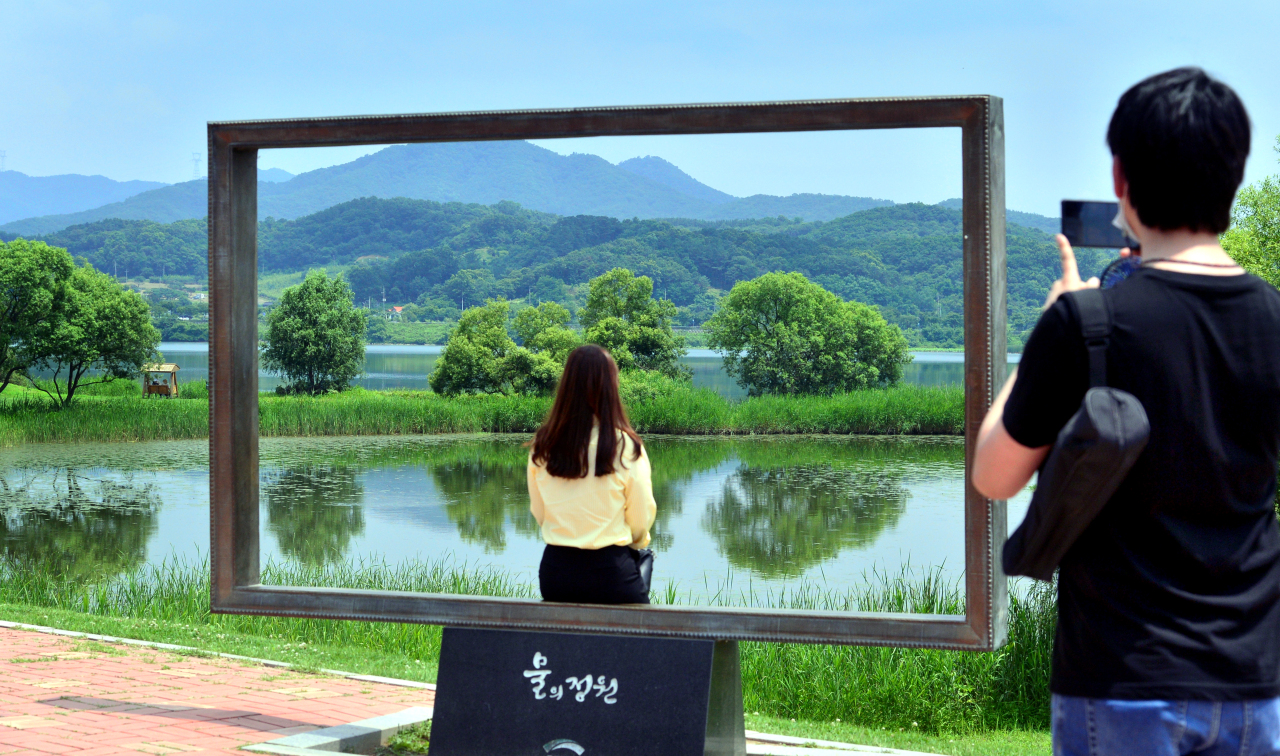 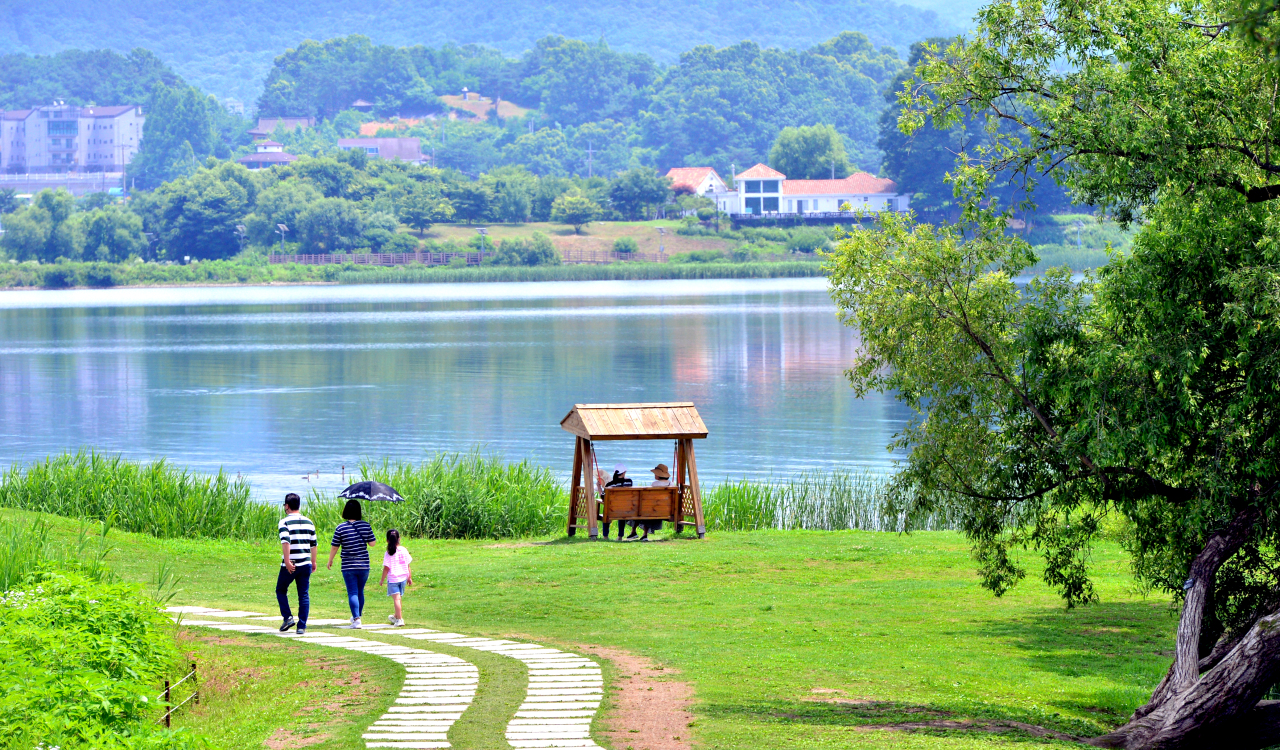 The monsoon season is just around the corner, but the cool summer breeze awaits at the waterfront of Namyangju Water Garden. 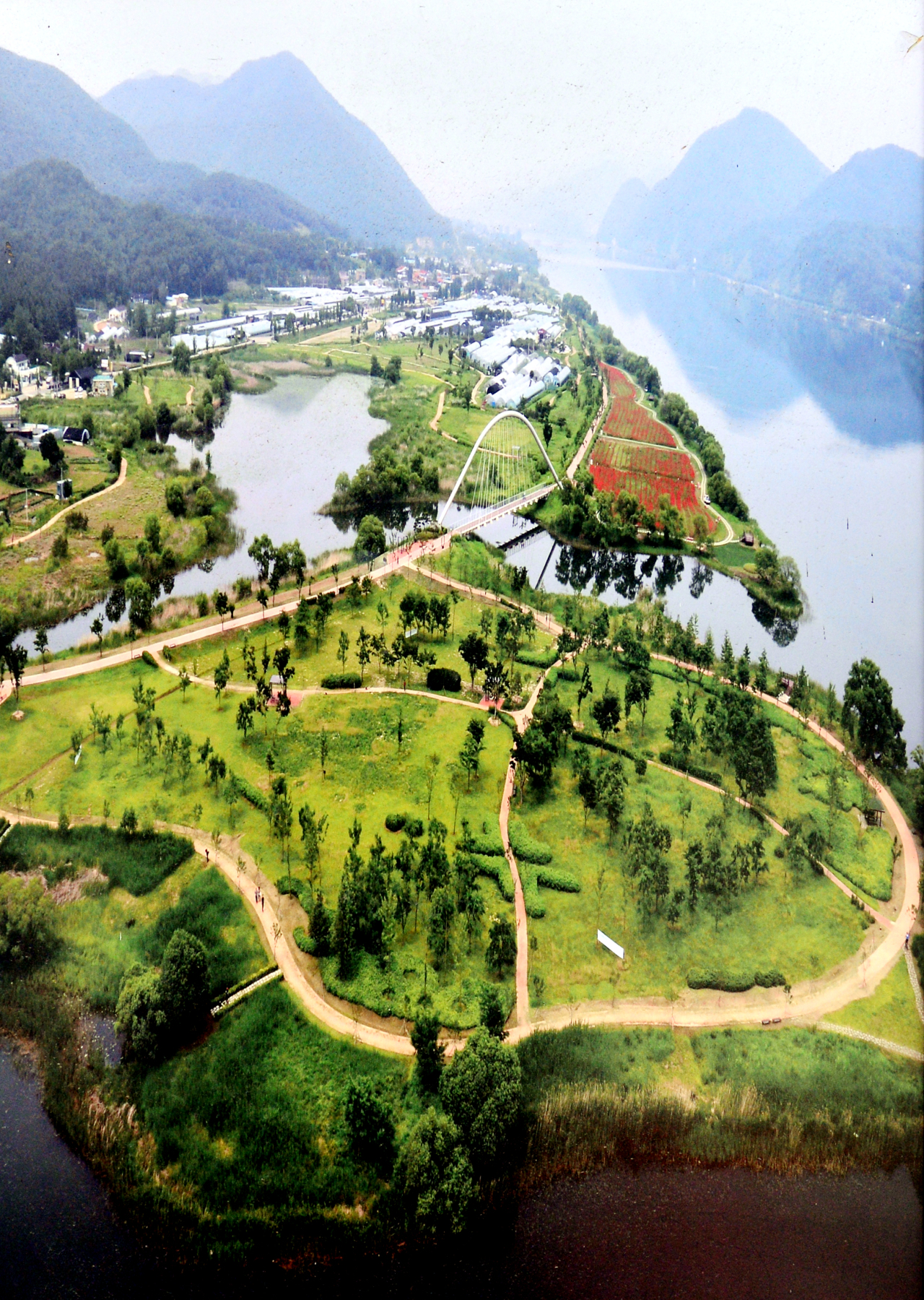 Located near Ungilsan Station in front of Bukhan River, the nature-friendly garden can be seen at the southern part of Namyangju, Gyeonggi Province. 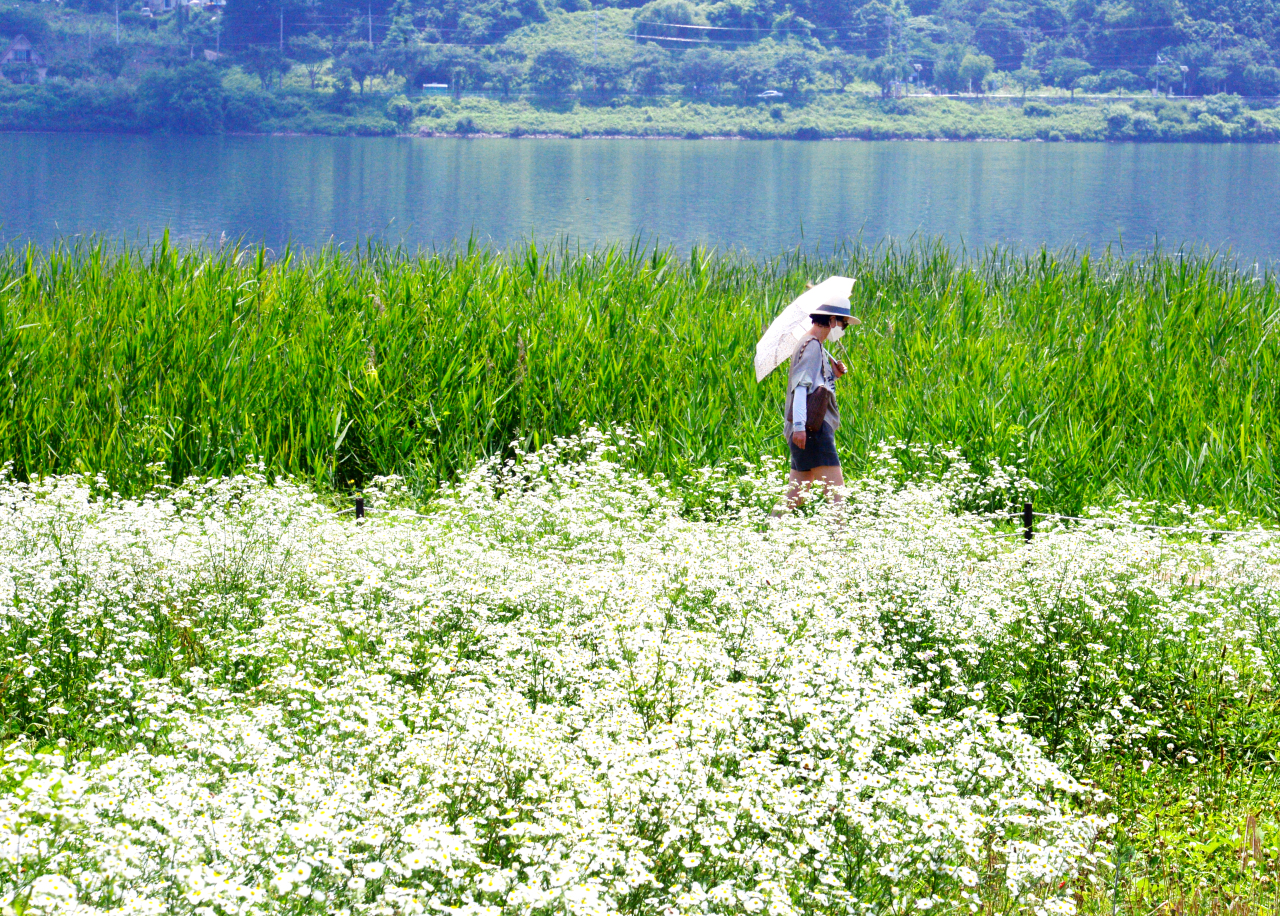 Daisy fleabanes that bloom from June, also known as “fried egg flowers” due to their shape and color, wave at passersby, announcing the arrival of summer. 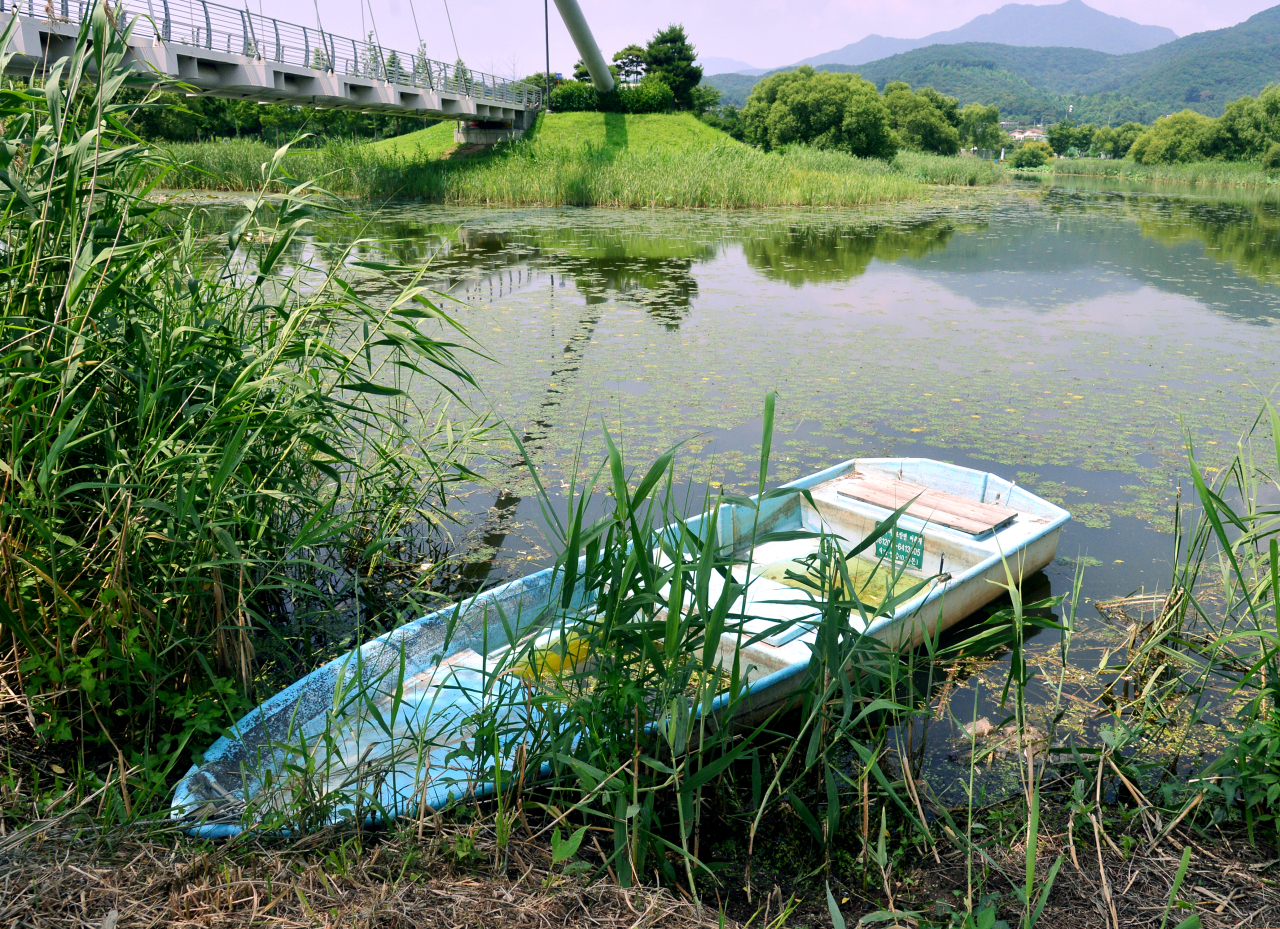 Namyangju Water Garden was created as an ecological park in 2012 as part of a project to revitalize the environment so that residents nearby can enjoy jogging and biking along separate trails. Although first created for the neighborhood, the 484,188-square-meter garden has become a travel destination visited by families and couples out on dates. 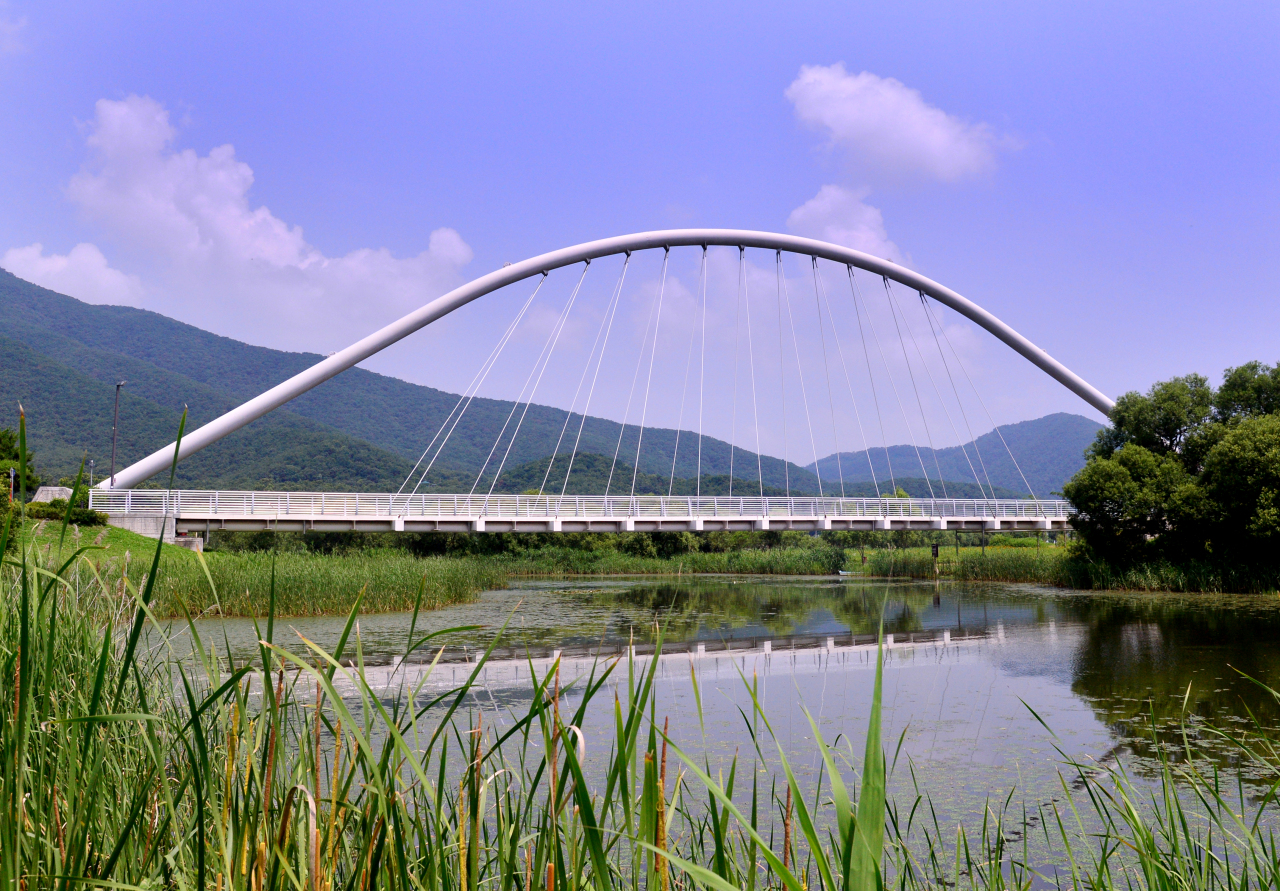 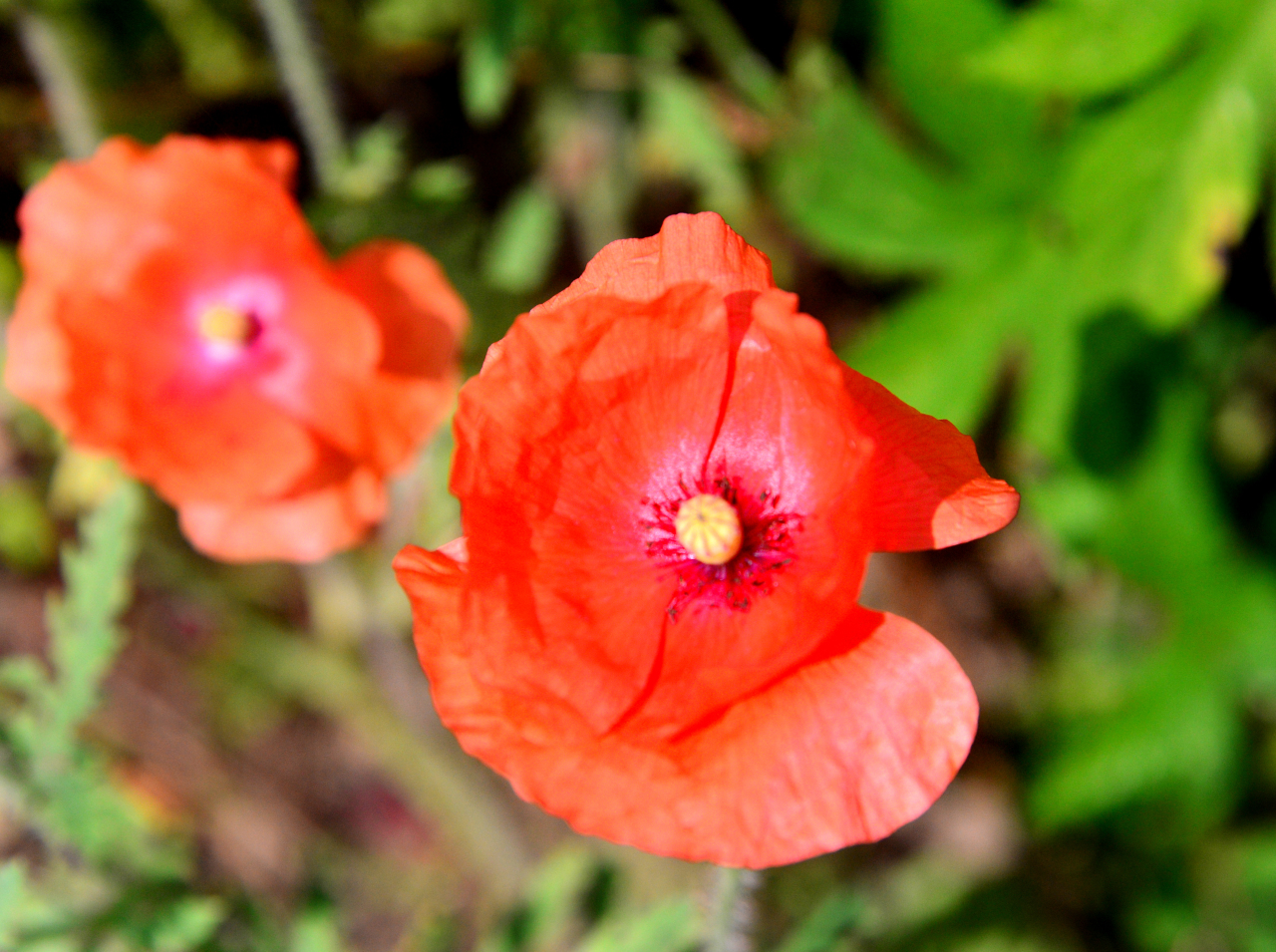 Crossing a symbolic white-painted bridge that connects the two sides of the Bukhan River, it turns into a flower garden, just like a scene pictured in an old fairy tale. The riverside presents a peaceful charm and beauty with the change of the season. Red poppies can be seen in May, daisy fleabanes from June to July and cosmos during the month of September. 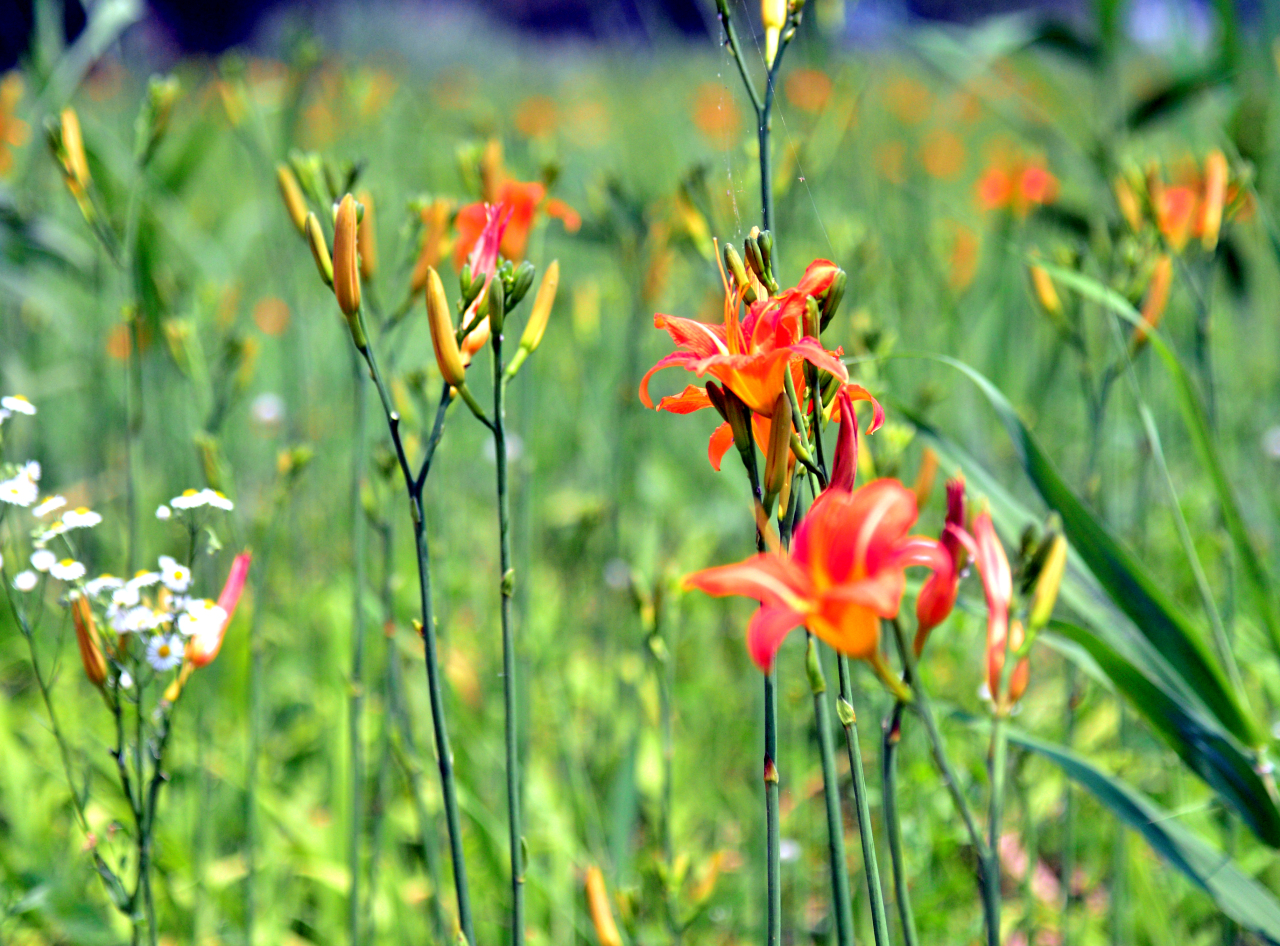 A birdwatching observatory, ferry boats, porch swings and a giant willow tree are some of the attractions to look out for while at the garden.

Although still summer, the sun will set long before you notice it.