[Serendipity] Innovations should be natural 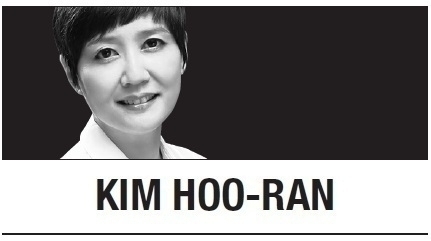 The government recently launched a new round of publicity blitz to promote Korean culture abroad, this time involving the screening of a “fashion film” set in a Joseon period palace that is also a UNESCO World Heritage site.

The aim is two-fold: Let the world know the beauty of Korea’s palaces and, perhaps more urgently, send a clear message that hanbok belongs to Korea. The latter aim has gained urgency as Chinese media have been claiming that hanbok originates from China.

A popular hanbok designer known for her novel interpretations of the traditional attire produced a “fashion film” with a plot involving a Korean princess inviting princesses from around the world to a garden party.

When I first watched a short trailer of the video on YouTube, I was flabbergasted. Without prior knowledge of the storyline, I could not fathom why the models were wearing hanbok that appeared to mimic the conventions of Western-style party dresses – puffy skirts, multitiered skirts, sashes across the chest and even short capes. The glaringly bright fabrics did little to convey the typically graceful and elegant mood of hanbok.

After I learned of the premise of the “fashion film,” I was able to understand what the designer had attempted to do. Perhaps she had intended to show that hanbok can be worn by anyone around the world – after all, the “globalization of hanbok” has been one of the enduring goals of the Korean government, along with the “globalization of hansik” for the past decade or more.

What I still do not get, however, is why clothes that are not really reflective of the kind of hanbok that Koreans know and wear were used to promote hanbok. It is true that we no longer wear hanbok on a daily basis, reserving them for special occasions and ceremonies. The dresses that were shown in the video, however, were not something that most Koreans would wear even on special occasions.

“The Dream of a Princess” is a fashion film that reimagines hanbok in new ways. What the Cultural Heritage Administration perhaps overlooked is that this particular content may not have been the most ideal way of delivering the message that hanbok is Korean: It is unlikely that one will see Koreans wearing one of those designs either in daily life or on special occasions. If those hanbok look do familiar, it is probably because they bear greater resemblance to the costumes that are available at the myriad hanbok rental shops found near Seoul’s old palaces, than to actual hanbok that Koreans do wear.

The fashion film will be screened at a number of major cities abroad after a four-week run on an LED screen in New York City’s Times Square. My concern is that for most people watching the video, it would be their first encounter with hanbok. Without knowing what an “original” or traditional hanbok that people in Korea actually wear look like, they will look at those highly “designed” and “innovative” hanbok and think that those costumes are what people in Korea wear.

Innovation is inevitable with the changing times. Over time, all things change – the environment, people’s needs and tastes as well as aesthetics – and innovations are required to meet those changes.