Works by famous Korean and international artists will be up for sale, for a total of 204 pieces both modern and antique, with a combined estimated value of 23 billion won ($20.68 million).

This is the highest amount for any single auction in South Korea since the 2008 financial crisis, according to Seoul Auction. 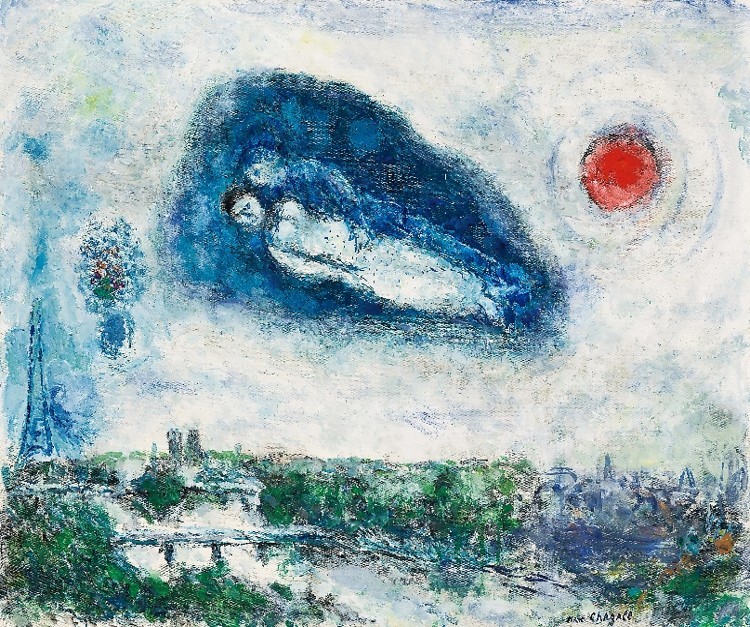 "Le couple au-dessus” by Marc Chagall (Seoul Auction)
Among the antique artworks seeking new owners at the auction next week are Chung Sun’s “Landscape” and the 3-meter-long painting “Landscape of Haegumgang” by Kim Kyu-jin, a late 19th-century calligrapher and painter.

The preview opened Wednesday and will run until June 22 at the auctioneer’s Gangnam branch in southern Seoul, from 10 a.m. to 7 p.m.

An online brochure has also been made available on Seoul Auction’s official website.

Established in 1998, Seoul Auction is one of the biggest art auction houses in Korea. Buyers can place bids online, via phone or in writing.