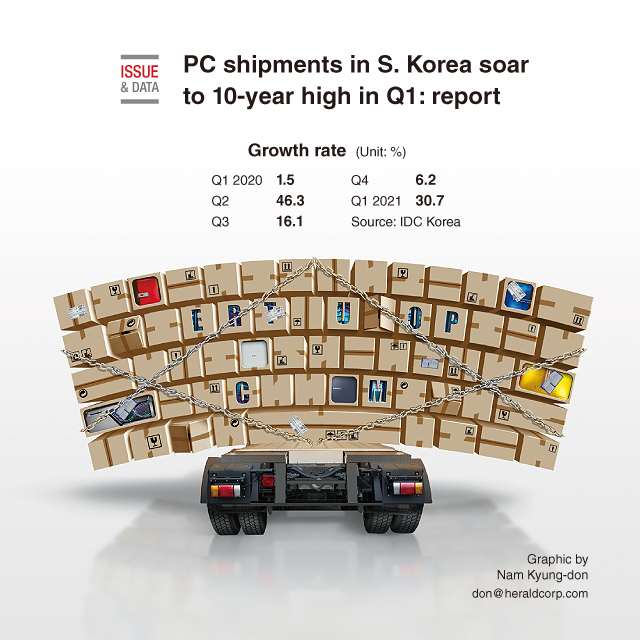 South Korea’s personal computer market expanded to its largest in 10 years in the first quarter of 2021, industry data showed, due to robust demand for online education and remote working amid the pandemic.

Domestic PC shipments stood at 1.89 million units in the January-March period, up 30.7 percent from a year earlier, according to the data from market researcher IDC Korea.

This was the largest PC shipment volume in Korea since the first quarter of 2012, when it recorded 1.94 million units.

Of the total, desktop shipments grew 12.1 percent from a year earlier, while laptop shipments jumped 43.2 percent on-year in the first quarter, according to IDC Korea. (Yonhap)