The largest art fair in the country’s southern region will showcase a total of 4,000 artworks during the four-day event. The 110 galleries participating this year include renowned international galleries such as Neugerriemschneider and Esther Schipper from Berlin, Commonwealth and Council from Los Angeles, and Pilar Corrias from London.

“The number of participating galleries increased hugely compared to last year, when many gave up participating due to the pandemic. They are expecting another success this year as the art market has been revitalized and last year’s fair was a success,” said Chae Seung-min, a publicity official from the Art Busan team. 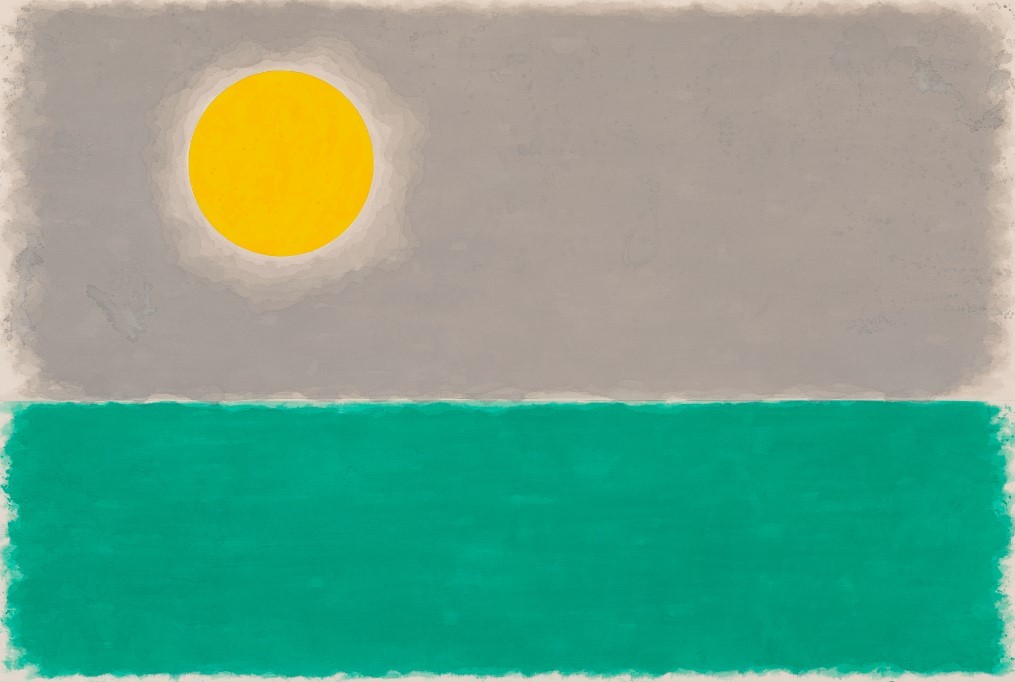 "Dreissigsterjunizweitausendundzwanzig” by Ugo Rondinone (Art Busan)
The art fair kicked off Thursday with a VIP opening at the Bexco Exhibition Center in Busan. For the general public, the event opens Friday and runs through Sunday.

Despite the ongoing pandemic, the art fair proved popular. Although only 70 galleries set up on-site booths -- more than half the number that participated in 2019 -- the fair recorded more than 15 billion won ($13.26 million) in sales. Sales at the 2019 fair reached some 18 billion won.

The annual art fair normally takes place in May but was pushed back to October last year.

Arario Gallery, which operates venues in Seoul, Cheonan and Shanghai, skipped the fair last year due to the pandemic. But the gallery is back this year, with a longer list of artworks chosen to appeal to young buyers.

“We are taking up two booths this time, presenting around 100 artworks. We are targeting younger generations in particular, showcasing Gwon O-sang’s miniature series,” said Arie Han from the gallery.

Art Busan collaborated with the global art platform Artland to present an online 3D version of the fair. It can be viewed on the website, artbusandesign.com. On-site admission is 20,000 won.

Art Busan will feature participatory media work “Your Uncertain Shadow” by Berlin-based Danish artist Olafur Eliasson, which was displayed at the Tate Modern in London in 2019, as part of the special exhibition session.

Galleries Art Fair 2021, the first art fair and the oldest in Korea, drew 48,000 visitors during its six-day run in Seoul in March -- a 30 percent increase over 2019, according to the Galleries of Association Korea.