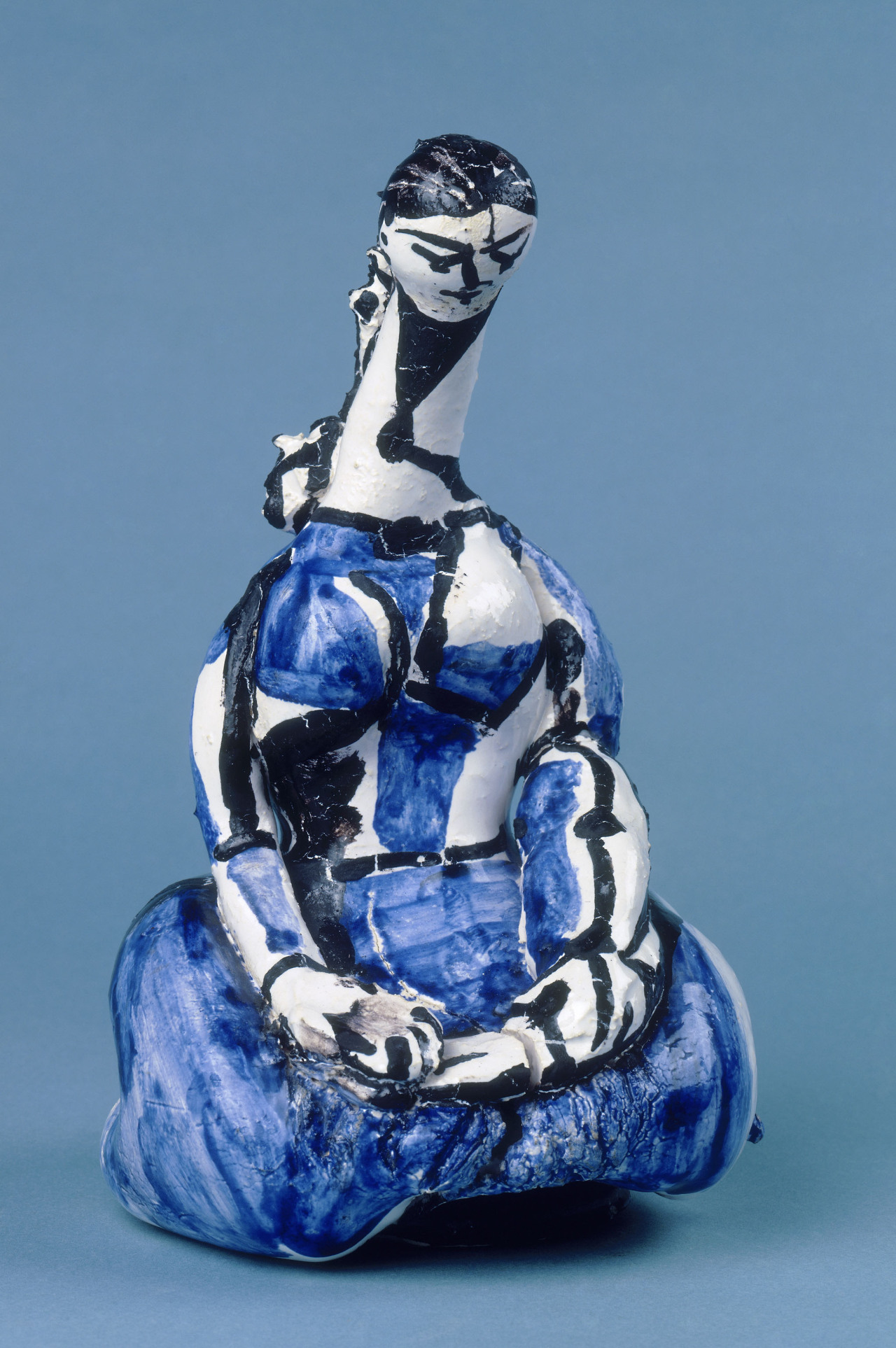 "Femme agenouillee (Kneeling Woman)” by Pablo Picasso (Succession Pablo Picasso-SACK Korea)
The largest Pablo Picasso retrospective to be exhibited in Korea kicked off Saturday, chronologically showcasing the artist’s works across different genres, including a masterpiece completed in his later years.

“Picasso, Into the Myth,” running through Aug. 29 at the Hangaram Arts Center Museum in Seoul, features 110 works by the pioneer of cubism. The exhibition, which coincides with the 140th anniversary of the artist’s birth, includes oil paintings, ceramics, sculptures and etchings from the Musee National Picasso in Paris.

"Mandoline et clarinette (Mandolin and Clarinet)” by Pablo Picasso (Succession Pablo Picasso-SACK Korea)
"Pablo Picasso was a painter but also inventor who endlessly created different formative works including metal sculptures. He left around 60,000 artworks,” said Seo Soun-joo, director of the exhibition, during a press tour Friday. “As for ceramics, Picasso considered them as the folksiest art medium. His ceramics show some humorous features.”

The exhibition reveals the artist’s works from his 20s into his his 80s, under the themes “From Barcelona to Paris, Era of Revolution,” “Return to October, Classicism and Surrealism,” “Suite Vollard,” “New Perspective, Ceramics,” “Picasso and Women,” “War and Peace, around ‘Massacre en Coree,’” and “Last Passion.”

“Massacre en Corea,” thought to depict US soldiers massacring North Korea civilians, is being shown in Korea for the first time. The work was completed Jan. 18, 1951, during the 1950-53 Korean War. The painting measuring 1.1 meters by 2.1 meters is considered to be among the artist’s representative anti-war paintings, along with “The Charnel House” (1944 to 1945) and “Guernica” (1937). 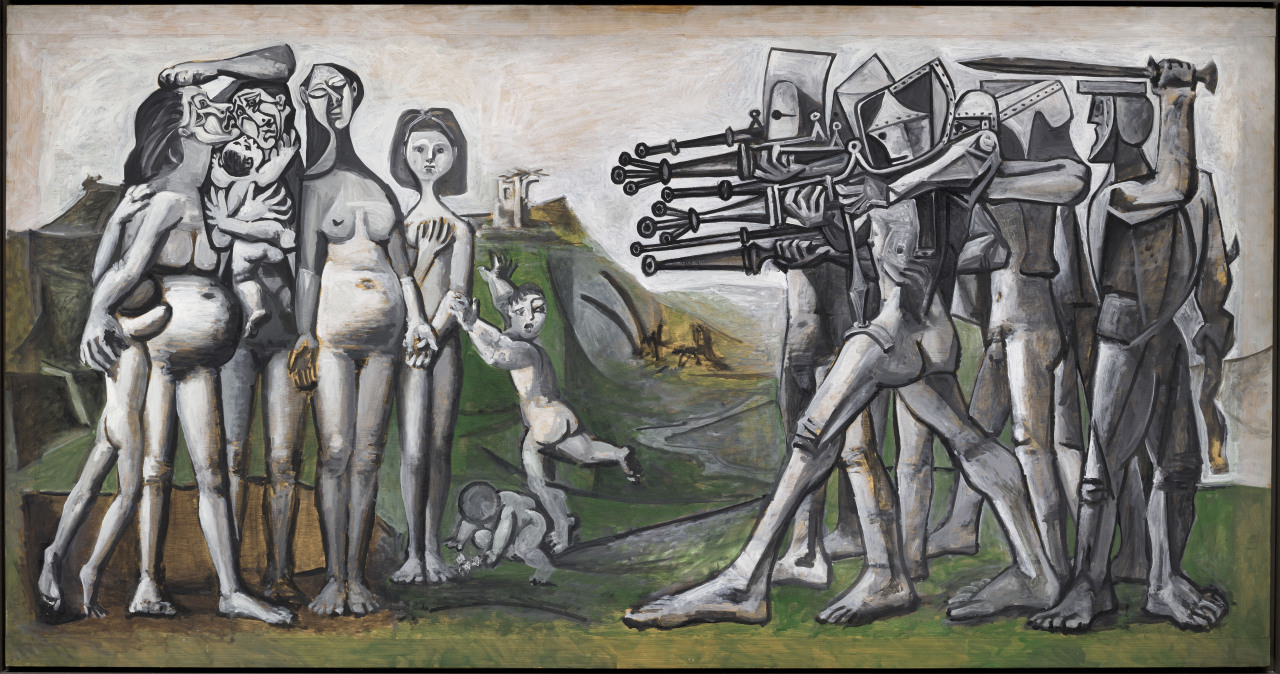 "Massacre en Corea” by Pablo Picasso (Succession Pablo Picasso-SACK Korea)
Picasso joined the French Communist Party in 1944 and was never known to shy away from politically controversial subject matters, having once said, “Painting is not made to decorate apartments. It’s an offensive and defensive weapon against the enemy.”

“Although the title of the painting includes ‘Korea,’ Picasso did not paint a specific scene and the artist clarified it in an interview in 1953. In its composition, It was inspired by the work ‘El Tres de Mayo 1808 en Madrid (The Third of May 1808)’ by Francisco de Goya,” Seo said.

The exhibition is capped by “Le Buffet de Vauvenargues,” which was painted when Picasso was nearly 80 years old.

“Picasso showed energy and passion as an artist until he reached 90. The artist continued painting until 1972, a year before his death,” Seo said.

Born in 1881, Picasso shocked the art world with “Les Demoiselles d‘Avignon (The Young Ladies of Avignon),” which initiated the beginning of the cubism movement, overturning 400 years of tradition in Western art.