[Serendipity] Do not ignore Myanmar’s calls for help 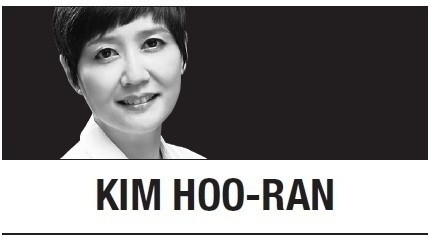 Since ousting the democratically elected government led by Aung San Suu Kyi in a coup on Feb. 1, the military junta in Myanmar has killed more than 600 as the people of Myanmar continue to resist military rule and call for democracy.

Among those killed are more than 40 children, including Khin Myo Chit, 6, who was shot while in her father’s arms as the military raided her home. There have also been reports of bodies being burned beyond recognition. In one case of egregious brutality, a man was reportedly burned alive.

The military and police are responding to continued pro-democracy protests throughout the country with increasing violence and cruelty. The Committee Representing the Pyidaungsu Hluttaw, a body of lawmakers from the ousted civilian government, said this week that it had collected 180,000 pieces of evidence that show “widespread abuses of human rights” by the military. It plans to share its findings with the various UN organizations and press the international community to take action against the military regime.

Many experts believe that the situation in Myanmar will spiral into a civil war as ethnic armed groups join the pro-democracy protesters. Some speculate that Myanmar is on its way to becoming a failed state.

For South Koreans, what is happening in Myanmar is hard to ignore. The memory of the bloody military crackdown on pro-democracy protesters in the southern city of Gwangju in May 1980 still haunts us.

President Moon Jae-in on March 6 took to social media, condemning the violent crackdown in Myanmar and calling for the release of State Counselor Aung San Suu Kyi. “Use of violence against the people of Myanmar must stop now. There should not be any more loss of lives,” Moon wrote.

In late February, the National Assembly passed a resolution denouncing the military coup as a “serious defiance of democracy.”

Major religious groups have issued statements condemning violence by the military regime. Monks from the Jogye Order of Buddhism have applied for a special permit to enter Myanmar, hoping to pray for peace alongside Myanmar’s monks in an expression of solidarity. Various civic groups and human rights organizations have also joined the calls for an end to the violence and human rights violations.

People in Gwangju, where at least 165 people were killed during the 10-day uprising in 1980, have held rallies in support of the people of Myanmar and collected donations to aid those hurt in the violence.

The people of Myanmar are looking toward the UN to impose sanctions, and some are calling for peacekeeping troops to be sent in. Some are also invoking the Responsibility to Protect principle in urging international action. Yet, with Russia and China likely to resist such moves, the UN’s hands are tied. So far, it has been up to individual countries to impose arms embargoes and financial sanctions aimed at hurting the military leadership in Myanmar.

Increasingly, businesses around the world are being urged to sever ties with Myanmar, especially those enterprises that swell the military’s coffers. Korean companies have not been an exception.

In the early days of protests, a friend sent several photographs from the streets where protests were taking place. They showed protest artworks on display against walls, including one piece that had the Korean word for freedom, “jayu,” written over it. In the photographs were vendors selling gimbap. It was not hard to notice the parallel between the Korea of 1980 and Myanmar today. The words “jayu” repeated over the artwork and gimbap tugged at my heart, as if the people of Myanmar were calling on Koreans, who had gone through similar difficulties and eventually achieved full democracy, to remember their fight, to help them.

The protests were peaceful, my friend said. I hoped Myanmar would soon return to civilian rule without bloodshed. I could not have foreseen what would unfold in the country that had, just a few years ago, set on a road to democracy after decades of military rule. During its long grip on power, the military managed to promptly crush any calls for democracy. Now, the military junta aims to terrorize people into submission as people persist in their resistance against a return to the old days.

On Thursday, a tweet from Myanmar showed shoes with flowers inside them lined up on a street, the shoes representing those who were killed during the protests.

Since the bloody suppression of the pro-democracy uprising in 1980, Korea has transitioned to a stable democracy where power is transferred peacefully through elections. In that process, the people of Korea were supported by the international community. And the same should be done for Myanmar, whose people have taken to striking pots and pans in protest against the military regime that has toppled an elected government and plans to stay in power.

Through words and more importantly through actions, the international community should let the people of Myanmar know that we hear the clanging of their pots and pans, that they are not forgotten and that we support the return of democracy in Myanmar.