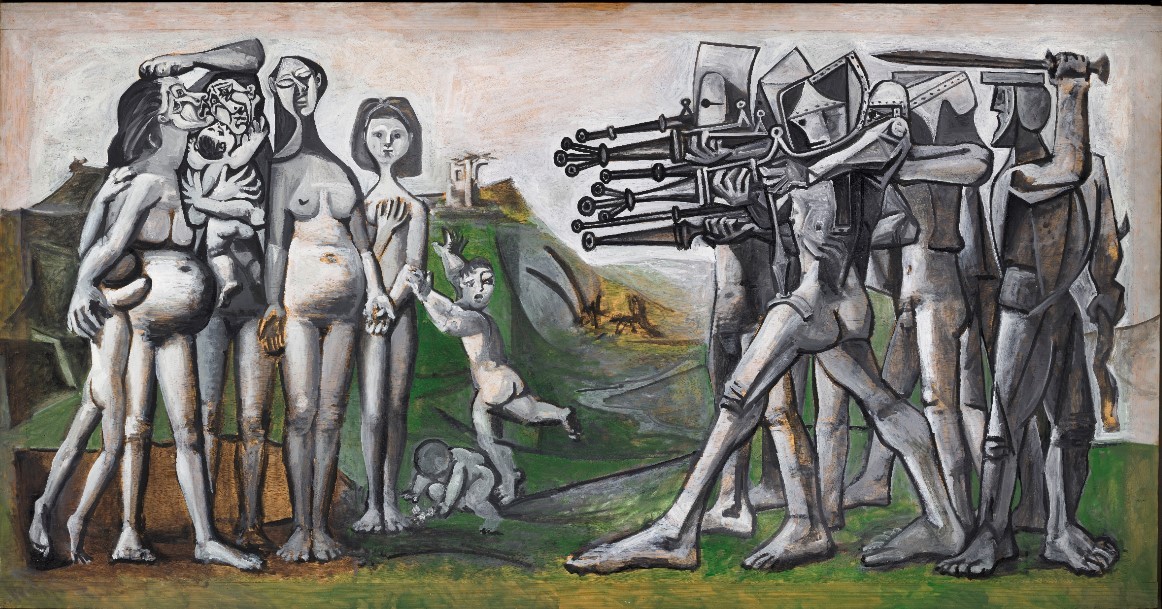 The exhibition “Into the Myth,” running from May 1 to Aug. 29 at the Hangaram Arts Center Museum, will feature some 110 works that Picasso completed from the early 1900s to the 1960s, according to the Vichae Art Museum, the organizer of the exhibition.

The exhibits come from the Musee National Picasso in Paris, a museum dedicated to works by the artist, which holds the largest collection of his works with more than 5,000 works and tens of thousands of archival pieces. 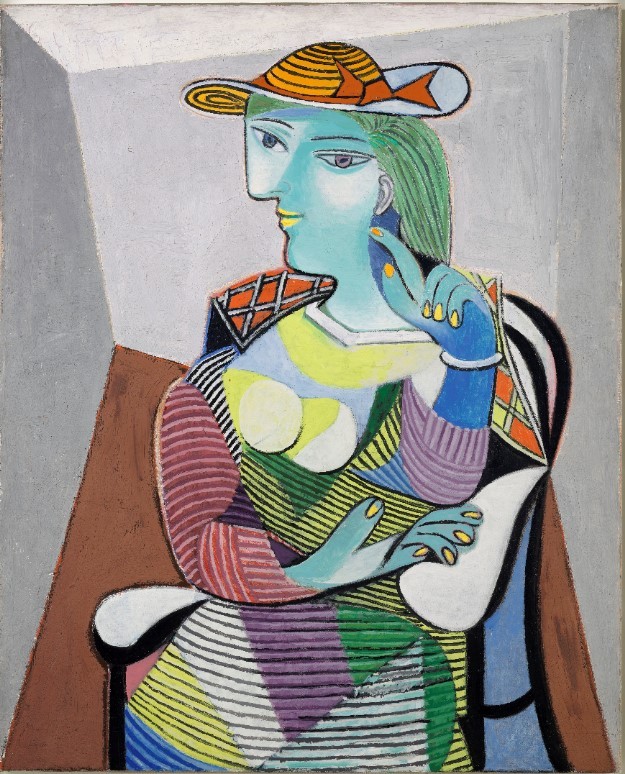 "Portrait of Marie-Therese Walter” by Pablo Picasso ⓒ 2021 - Succession Pablo Picasso - SACK (Korea)
"Massacre in Korea” is a painting measuring 1.1 meters by 2.1 meters that was completed Jan. 18, 1951, during the 1950-53 Korean War. Depicting a firing squad aiming at a group of naked women and children, the painting is Picasso’s third anti-war painting. The others were “The Charnel House” (1944 to 1945), thought to be an abstract portrayal of Nazi atrocities, and the monumental “Guernica” (1937), which famously depicts the horrors of the Spanish Civil War.

“We planned for the exhibition for three years and put in a lot of effort to bring masterpieces like ‘Massacre in Korea,’” said Seo Soun-jou, who directed the show.

A large-scale exhibition of Picasso planned for 2018 at the National Museum of Modern and Contemporary Art, Korea was abandoned in March that year due to the costs involved in bringing the works to Seoul, according to the state-run museum.

“In the case of ‘Massacre in Korea,’ there was a rumor that the painting was banned for display in the country as it shows the US soldiers massacring North Korean civilians. But there is no evidence to back up such a rumor, and Picasso never portrayed such a specific scene in his anti-war paintings,” Seo added.

“Portrait of Marie-Therese Walter” and “Paul as Harlequin” are some of the other well-known works on view at the upcoming exhibition.