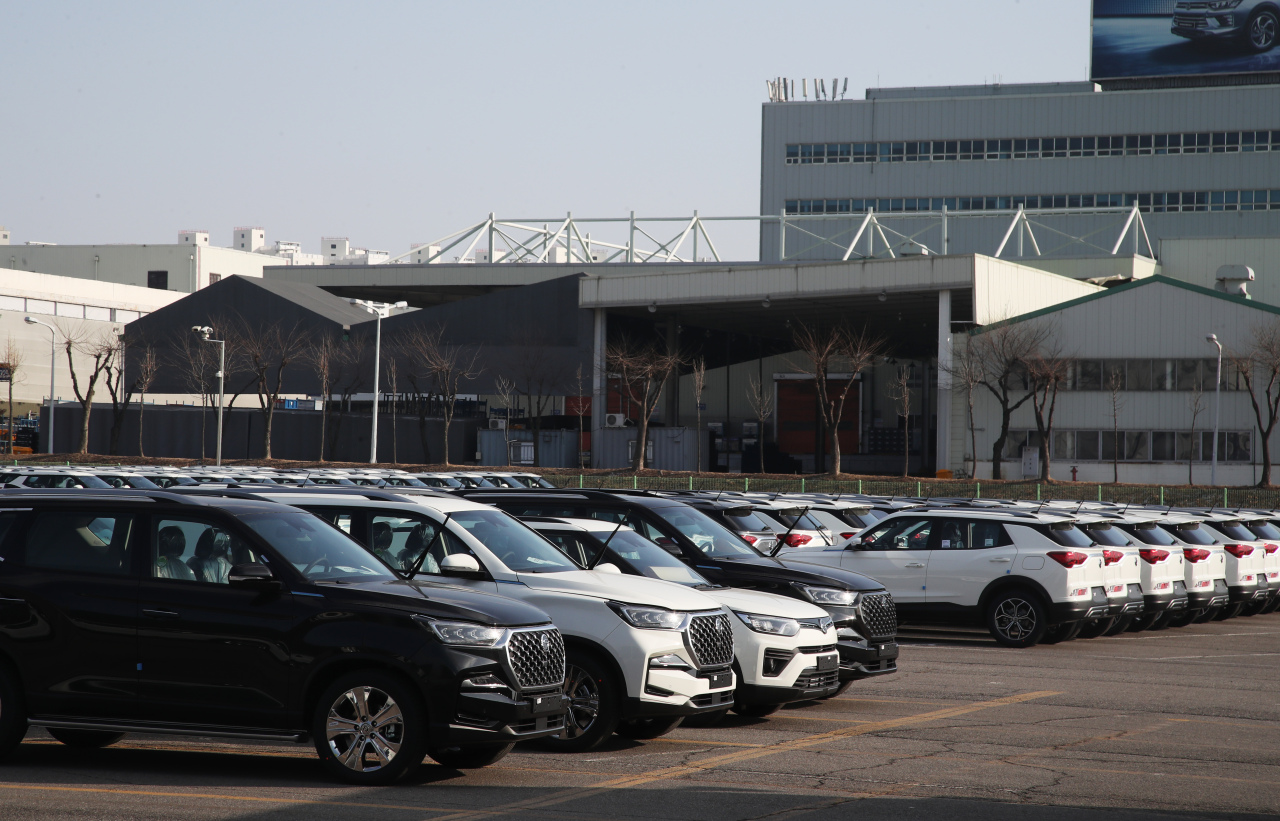 South Korea’s automotive industry was one of the few sectors to weather the COVID-19 pandemic with few ill effects, managing to expand in 2020 with prospects for further strides amid market changes in 2021.

Not only did the pandemic encourage consumers to rely on personal cars for transportation, but the fast growth of electric vehicles and autonomous driving technology gave momentum to the industry at a time it was desperately needed.

But on a closer view, the rich-get-richer dilemma intensified as top-tier players benefited from the turn of the market while other businesses found themselves in hot water with financial problems or labor disputes.

The top beneficiary was Hyundai Motor Group, which is gearing up for a sprint this year on the strength of eco-friendly vehicles, premium sport utility vehicles and the overseas market.

Hyundai Motor’s US subsidiary sold 46,208 vehicles in the US market in January, up 4.7 percent from a year earlier. Kia Motors America marked double-digit growth during the same period, up 11.4 percent to 44,965 units.

In combined sales, Hyundai and Kia beat out their Japanese rivals, including American Honda Motor, which contracted 9.2 percent in sales volume during the same period.

Logging the steepest growth was the group’s high-end independent brand Genesis, which saw its January sales expand 101.1 percent on-year on the back of its newly rolled out sedan G80 and SUV GV80.

Another bullish factor for the Korean auto group is the escalating speculation on its potential partnership with the US IT giant Apple to create a new type of self-driving electric vehicle in the “Apple Car.”

Both Hyundai Motor and Kia have repeatedly said “nothing has been decided” on the issue, guarding against excessive market anticipation.

And as a number of top executives dumped shares to realize profits, there is skepticism about the plausibility of the deal. According to recent filings by the Financial Supervisory Service, 11 executives at Hyundai Motor sold shares worth 602 million won ($538,000) in January, realizing the revenues of the sudden stock appreciation.

But the market outlook remained rosy for the auto group.

US broadcaster CNBC reported Wednesday that Apple is “close to finalizing a deal with Hyundai-Kia” to manufacture an Apple-branded autonomous electric vehicle at the Kia assembly plant in Georgia.

While acknowledging that the deal is still subject to change, including a change of the automaker in charge, the US report added that Hyundai Motor Group Chairman Chung Euisun has a strong commitment to future mobility, taking the lead in the ongoing talks.

The stock price peaked at 295,257 won on Jan. 11, following initial reports on the Hyundai-Apple partnership, soaring some 47 percent from 200,819 won on the first trading day of this year.

Regardless of its progress with Apple, the auto group is set to roll out a number of major new car models this year, including electric vehicles built on its own exclusive electric vehicle platform. Making a start will be the Ioniq 5, Hyundai Motor’s new electric vehicle, which is expected to hit the market within the first quarter.

The company’s main creditor, Korea Development Bank, on Tuesday refused to inject additional funds without a tangible rehabilitation plan. The carmaker also had to temporarily shut down its main manufacturing site in Pyeongtaek, Gyeonggi Province, this week, from Wednesday to Friday, due to a liquidity shortage and consequent lack of necessary auto parts.

“We shall lay the foundation for management recovery by carrying out the prepackaged plan without setback,” the company said in a release Thursday, in an attempt to dispel mounting concerns on bankruptcy.

Doubtful of the company’s stance, some 250 suppliers and subcontractors requested the government provide immediate fiscal support, saying that SsangYong Motor had been delinquent on payments for around four months. As a number of key parts suppliers announced a boycott, the financial vicious circle was aggravated for the troubled carmaker.

In December last year, the ailing auto company had filed for bankruptcy, as well as an autonomous restructuring support program, seeking an alternative solution in the meanwhile.

California-based car retailer HAAH Automotive Holdings had risen as a likely buyer, but the given talks remained stalled for weeks, boosting skepticism on the future of the Korean carmaker.

For Renault Samsung Motors, the key hurdle is its labor union’s ongoing strike, which came in protest of the company’s recent offer of a voluntary retirement program.

In a vote held Monday and Tuesday, Renault Samsung workers voted for an industrial action to demand a revised wage offer from the company and defend against its restructuring plan.

The heightened management-labor tension came as the company reported an operating loss for the first time in eight years in 2020, with sales dropping 35 percent on-year.