By Park Yuna
Published : Jan 22, 2021 - 18:18       Updated : Jan 22, 2021 - 18:18
The artworks of lacquer artist Jeong Kwang-bok and sculptor Hong Seung-tae may seem like they have nothing in common. But the two artists’ work styles share a common feature -- expanding the boundary of art without confining themselves to a certain art medium or art category.

Lacquer artist Jeong, 40, uses lacquering as a painting medium, patiently creating his art. While lacquering has been widely used for crafting, Jeong has pursued the art medium for paintings after he was fascinated with the beauty of lacquering when he was a college student majoring in art. 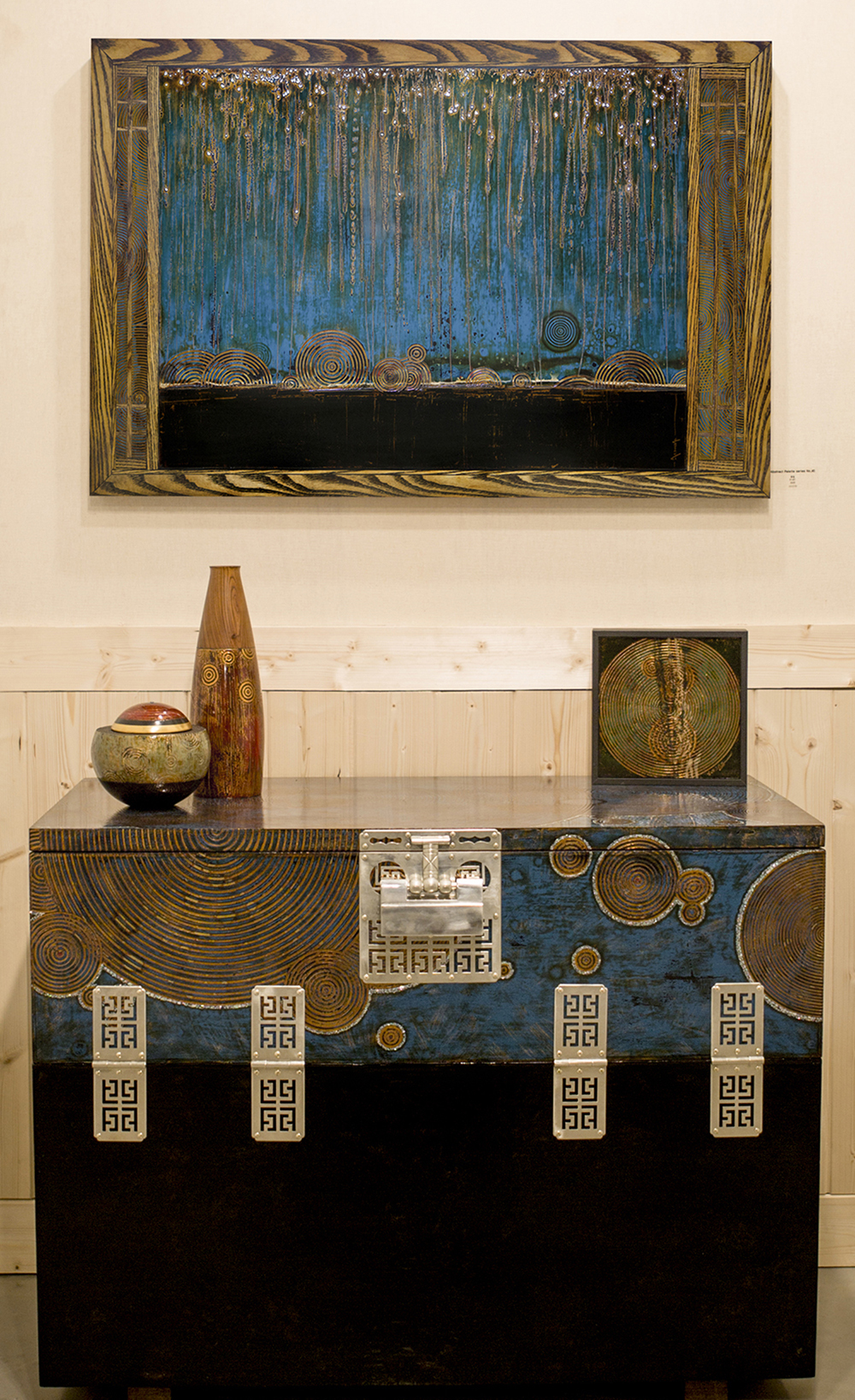 "Abstract Palette Series” by Jeong Kwang-bok (Gallery Insa Art)
"Lacquer as an art medium is really unique. It has sort of neat and clean impression, but at the same time, it also has a sense of roughness,” Jeong told The Korea Herald.

Lacquer trees (Rhus) only grow in East Asia, mainly in Korea, Japan and China. Raw lacquer is collected annually from trees through notches cut into the trees.

When it comes to his lacquer paintings, Jeong is inspired by nature - his signature consecutive circles that appear in the paintings are the motif of ripples in water.

Across the exhibition hall, sculptural works by sculptor Hong, 41, are on display, showing a totally different art. The artist who pursued realism in his previous sculptural works, has pioneered a new genre of sculpture, dubbing it “hyper-realist pop art.”

The sculptor, who used to create human-shaped sculptures using clay and silicon for years, said he quit making them because they did not make people happy.

“People used to say my works looked too grotesque. The police even raided my studio after a resident filed a complaint about my work. I scrapped my works, which was not easy,” he said. 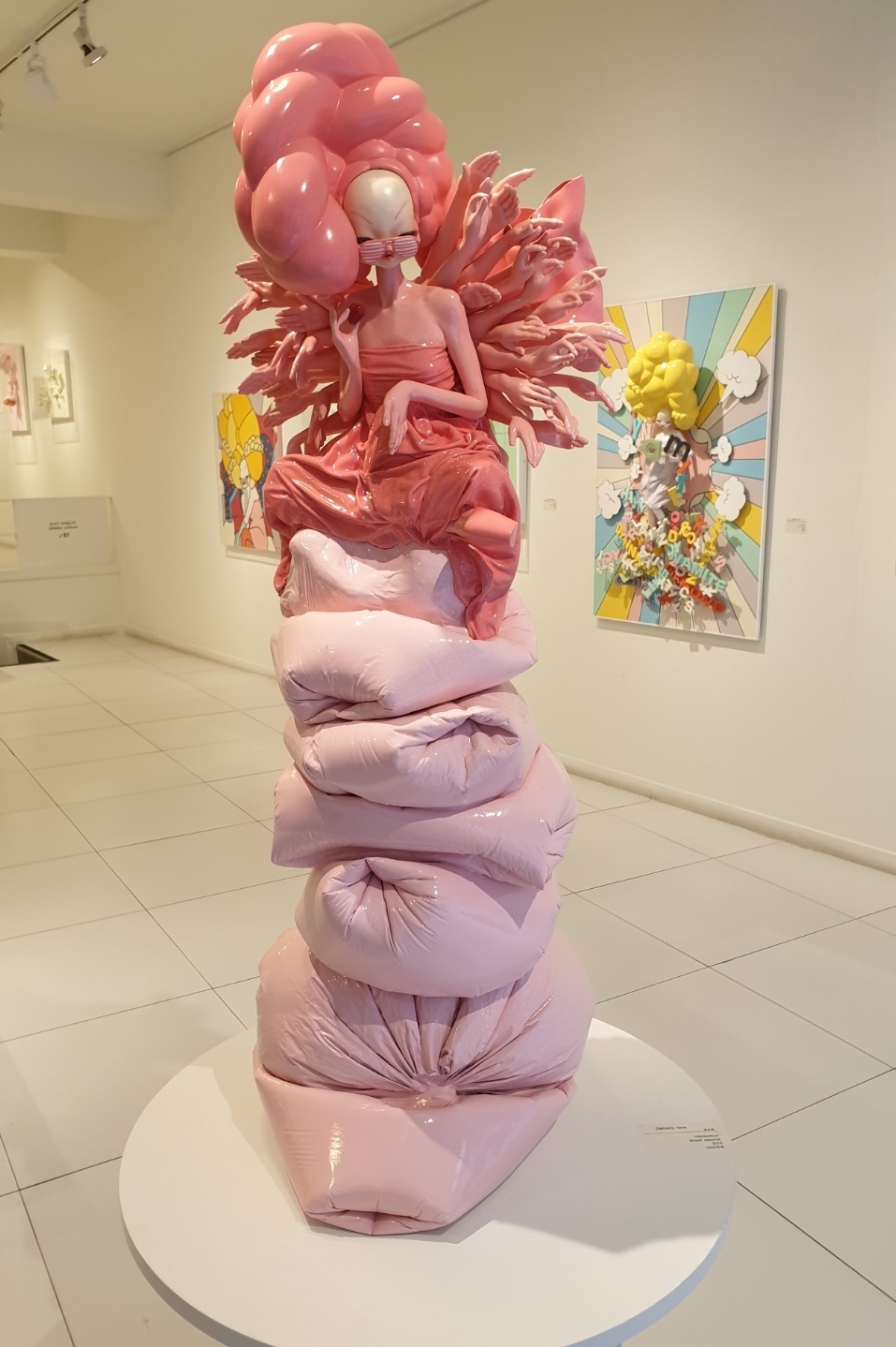 While still pursuing realism in sculptural work, he began to add pop art aspects to his work, which became “hyper-realism pop art.”

These artworks deliver a message of happiness and humans’ desire to express themselves.

“I would not deny that I want to become a famous artist. We all have the same desire, which is our nature as humans,” Hong said.

The exhibition runs through Feb. 7.