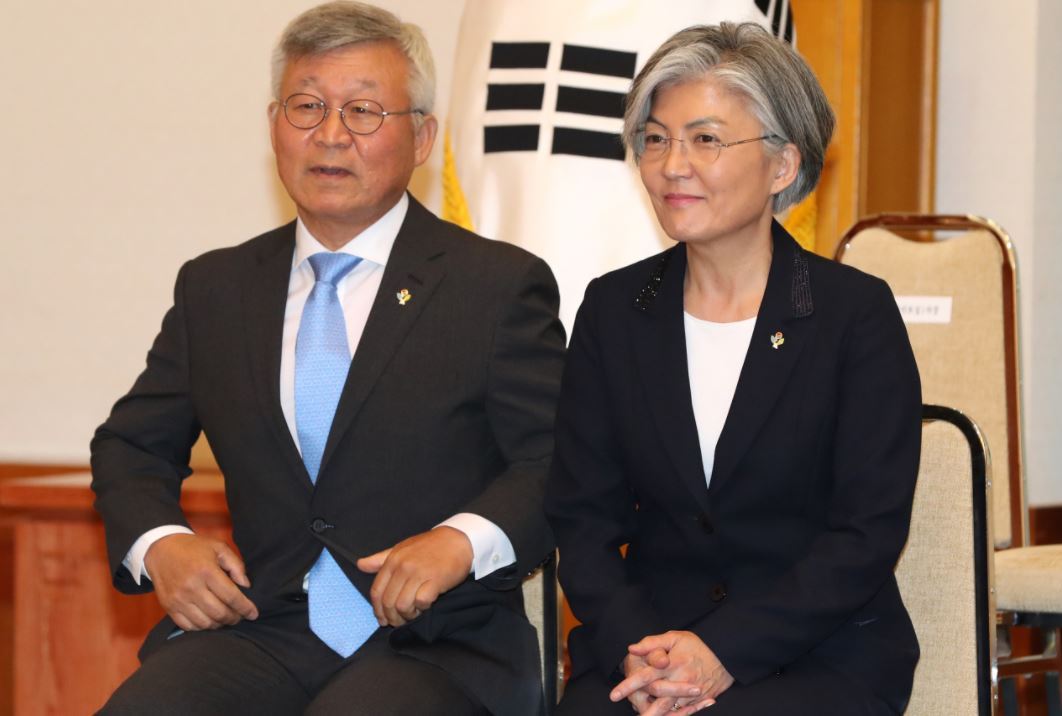 1. Foreign minister in hot water over husband's US trip to purchase yacht

[1] Foreign Minister Kang Kyung-wha has been hit by controversy over her husband’s recent trip to the US presumably to purchase a yacht, with political parties lambasting the excursion as “inappropriate,” saying it went against her own recommendation that people refrain from overseas travel amid the COVID-19 pandemic.

[2] Local broadcaster KBS on Saturday reported that Lee Yill-byung, a professor emeritus of computer science at Yonsei University, was spotted at Incheon Airport about to depart for the US for personal travel. Lee had shared his plans to purchase a yacht and travel around the US on his personal blog for months, according to the report.

[3] “I am going on self-guided travel,” he said on camera at the airport. “Coronavirus isn’t going to disappear in a day or two. I just can’t remain at home all the time,” he responded when asked about concerns surrounding his trip, amid the government’s advice to refrain from nonessential travel.

[4] Lee’s trip comes as the Ministry of Foreign Affairs’ special travel advisory, issued in March, remains in effect. The ministry is still asking the public to either cancel or postpone all overseas travel due to the COVID-19 pandemic, and has extended the travel advisory until Oct. 19. People in Korea were also urged to refrain from long-distance travel and stay home as much as possible during the recent five-day Chuseok holiday.

[1] Retail investors had submitted some 8.62 trillion won ($7.43 billion) in deposits during the first day of the two-day preorder session for stocks of Big Hit Entertainment, the agency behind K-pop sensation BTS, reflecting explosive interest from retail investors, according to investment banking sources on Monday. It was more than the figure seen on the first day of public subscription of SK Biopharmaceuticals, that marked around 5.9 trillion won, but far less than Kakao Games with 16.4 trillion won, they said.

[3] With around 1.42 million shares, or 20 percent of the company’s total offering, being sold to retail investors under the planned IPO, some market watchers previously forecast that Big Hit might break Kakao Games’ record. Last month, retail investors chipped in some 58.55 trillion won in subscription deposits for the game publisher’s stock. That competition also marked 1,524.85 to 1.