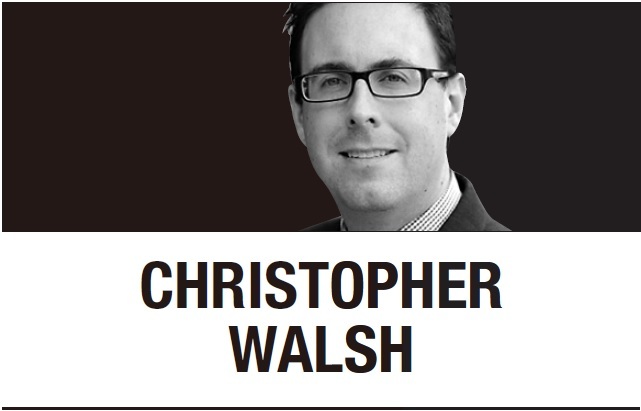 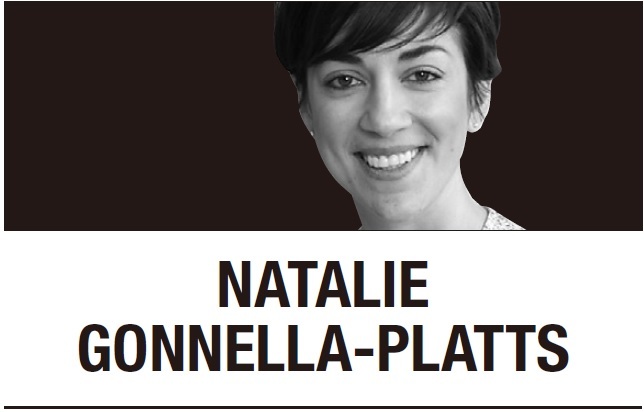 As rumors of Kim Jong-un’s death circulated in April, some speculated that his sister and confidant, Kim Yo-jong, might soon succeed him as North Korea’s Supreme Leader. Perhaps still auditioning for the role, she has recently become North Korea’s chief saber rattler. Earlier this month, she escalated tensions with South Korea by cutting communications with Seoul and threatening military action over defectors’ distribution of anti-Pyongyang leaflets from across the border. The regime followed up on its threat with the symbolic destruction a joint liaison office along the border.

Since her first prominent appearance on the world stage south of the Demilitarized Zone during the 2018 Winter Olympics in PyeongChang, Gangwon Province, Yo-jong has been increasingly romanticized by a growing chorus of twisted fanfare. Misplaced fascination by an online fan base has increasingly portrayed her as a femme fatale, a “winsome anime heroine” and a “dictator queen,” often depicted via a building archive of “fancams” -- the short viral-ready videos usually reserved for K-pop stars.

Intended or not, these displays both trivialize and distract from the Kim regime’s cruelty.

As a key official who oversees North Korea’s censorship apparatus, as well as one who is linked to the regime-sustaining “Offices 38 and 39,” Yo-jong is complicit in appalling crimes against humanity. In North Korea, skirting the regime’s censorship, often through the consumption of foreign media, is punishable by death. Alternatively, if you’re lucky, daring to watch South Korean soap operas may only land you in a gulag along with three generations of your family.

Despite these realties, Yo-jong’s charm offensive during the 2018 Olympics distracted Western media from the regime’s crimes; it’s no wonder that some people have developed an erroneous view of the younger Kim sister.

While there’s rightful enthusiasm for seeing women rise in public and private sectors, that zeal is sorely misguided in this scenario. Yo-jong’s power is not about breaking North Korea’s glass ceiling, it’s about enslaving 25 million people. Her culpability in Pyongyang’s gross human rights abuses shouldn’t be overlooked. Tyranny is still tyranny, regardless of gender.

As we move toward a more equitable world, greater representation of women in decision-making and leadership roles is paramount. Human rights sit at the very heart of gender equality. And vice versa. One cannot exist without the other.

Women face an already colossal climb in seeking greater representation at leadership levels. Celebrating those in power who exemplify the complete juxtaposition of principled leadership further fortifies the already significant barriers facing women at all levels of society.

According to the Gender Social Norms Index published by the United Nations Development Program, nearly nine in 10 people worldwide hold a bias against women. Moreover, “about half of the world’s men and women feel that men make better political leaders, and over 40 percent feel that men make better business executives and that men have more right to a job when jobs are scarce.”

Bad leadership reinforces bias and broad typecasting. In a world where female heads of state, government and private institutions are already in short supply, the celebration of and captivation with a female member of the Kim family is both dangerous and irresponsible.

Not only is Yo-jong a sordid example of a female leader, she is complicit in the systemic dehumanization and abuse of North Korean women. As the United Nations’ Commission of Inquiry on North Korea noted in its 2014 report: “Discrimination against women remains pervasive in all aspects of society. Indeed, it might even be increasing, as the male-dominated State preys on both economically advancing women and marginalized women.”

This includes extensive violence against women and girls (without judicial recourse), human trafficking, forced marriage and forced abortion. As Madeleine Albright put it: “There’s a special place in hell for women who do not help other women.”

Some may argue that Yo-jong is in a no-win situation. After all, in a regime built on fear, her brother Kim Jong Un does not hesitate to eliminate relatives he perceives to be a threat. What choice does she have but to go along? Regardless, let’s then be clear that Yo-jong does not belong in the pantheon of leaders to be admired. We all deserve leaders who raise others up and inspire, not those who dehumanize.

With North Korea, our admiration is best reserved for those who have helped to expose and document the brutality of their oppressors. That would be the more than 30,000 courageous North Korean refugees now living in free countries -- over 70 percent of whom are women -- who risked their lives and their families to escape assault, abuse and starvation at the hands of the Kim regime.