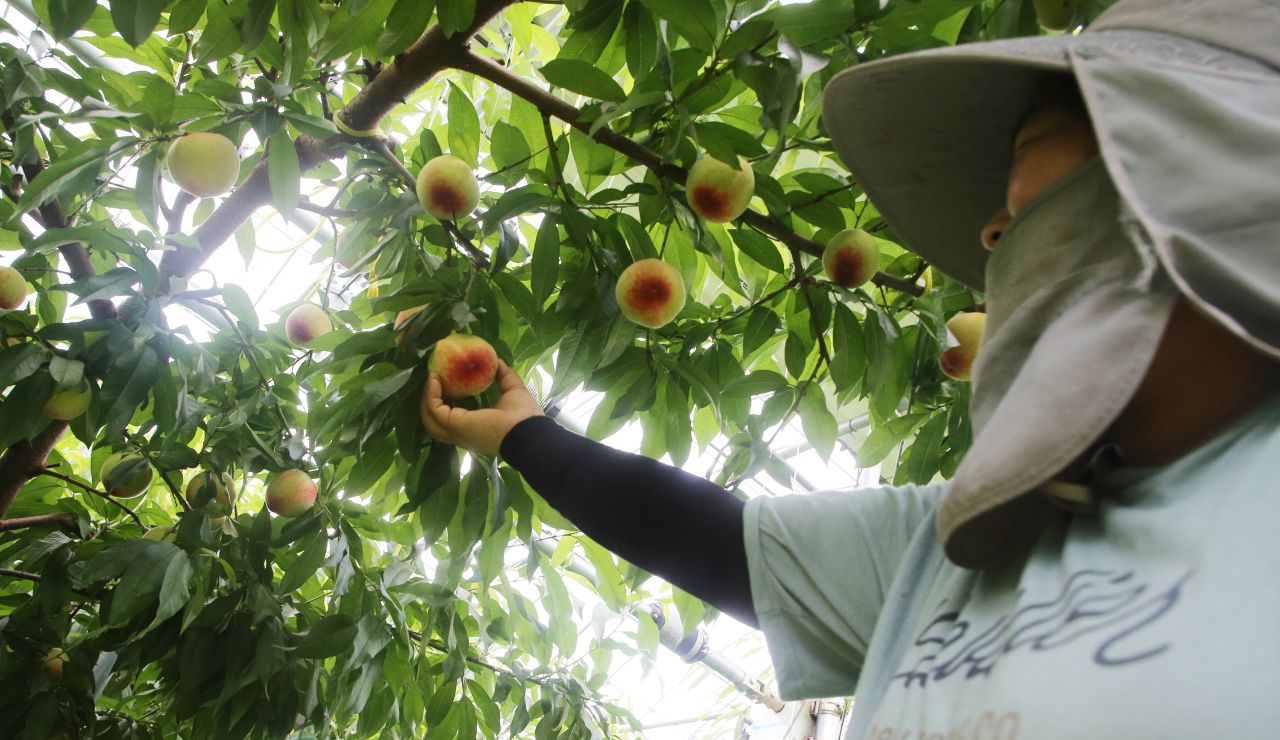 Farmers in Wansan -- a district of Jeonju, North Jeolla Province -- are working hard to harvest their fully ripe peaches, the region’s specialty. 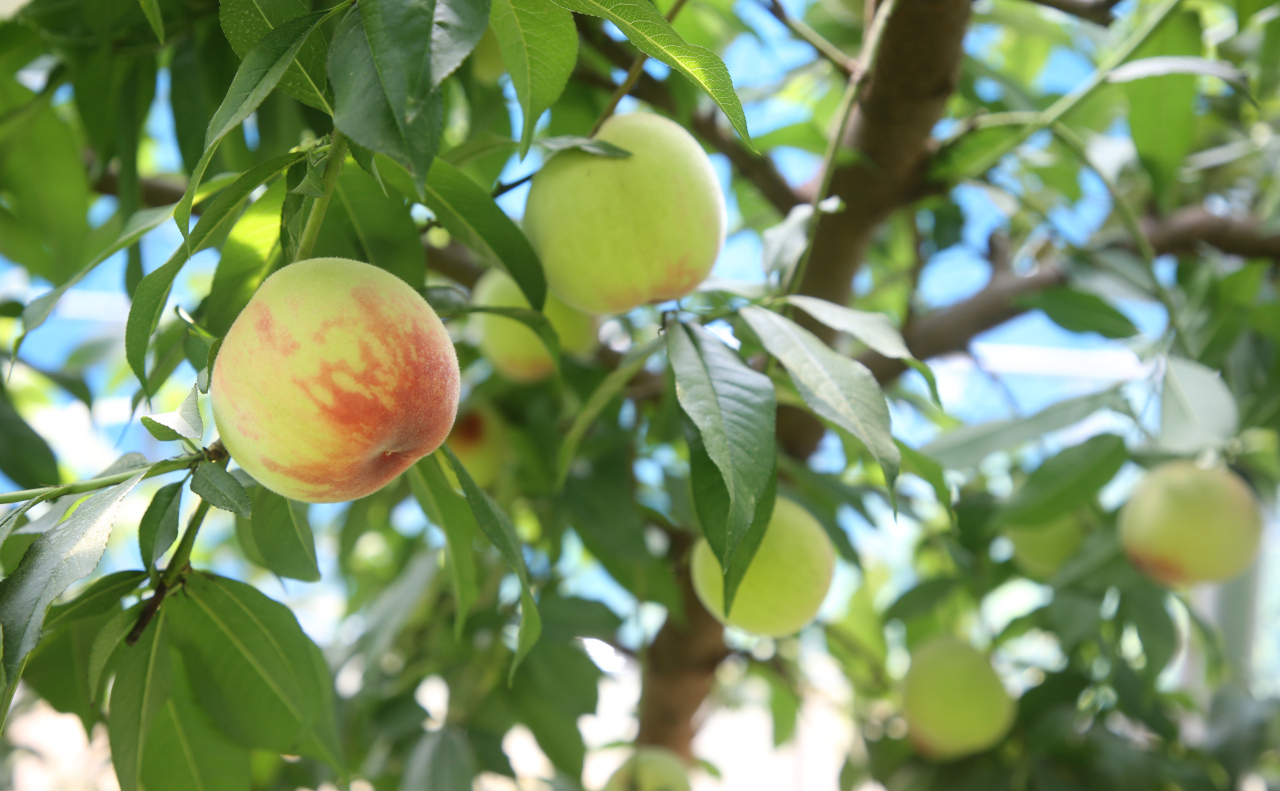 Wansan is believed to have started growing peaches in the 1910s, when the Korean Peninsula was under imperial Japanese colonial rule. 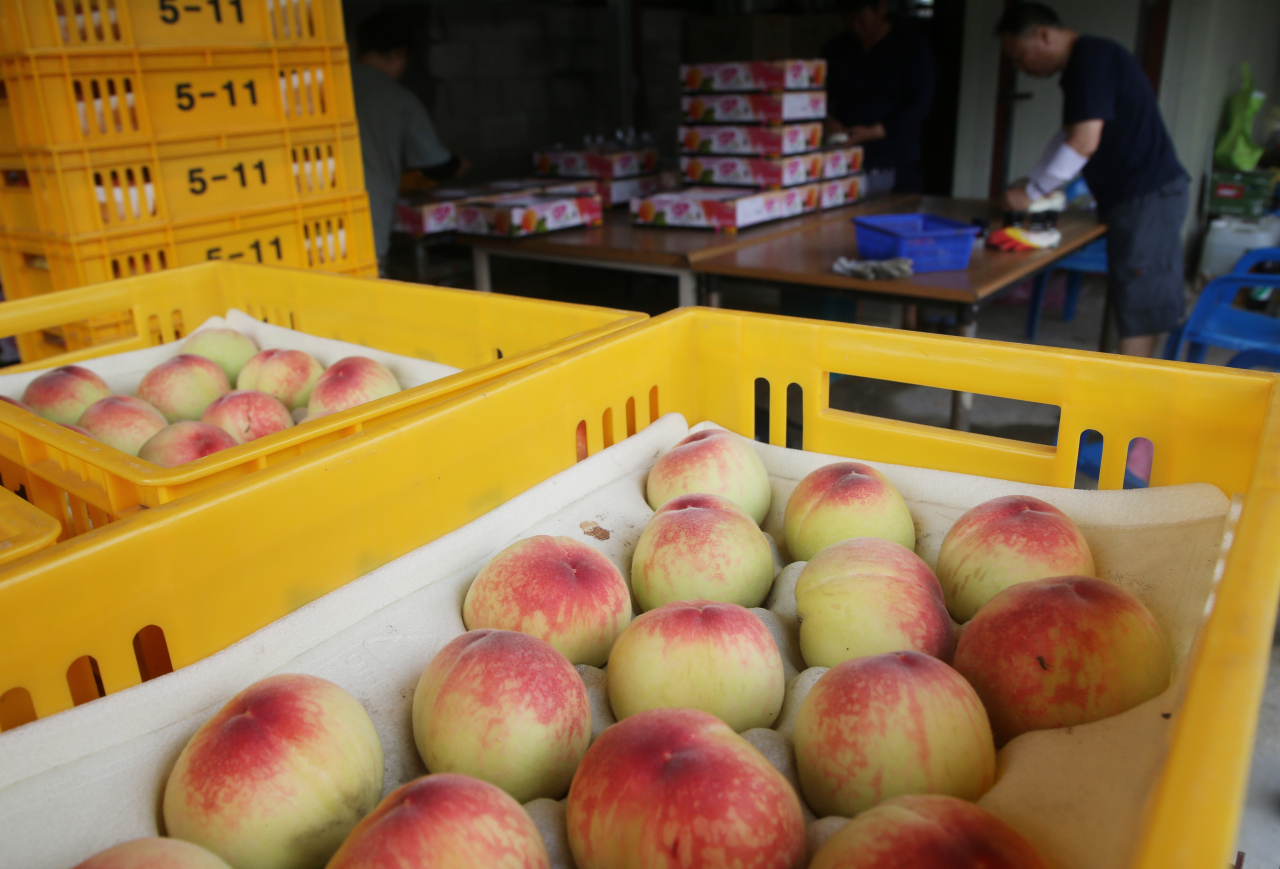 Peaches grown in greenhouses with no rain or pesticides are twice as expensive as those grown outdoors, reflecting their better quality. 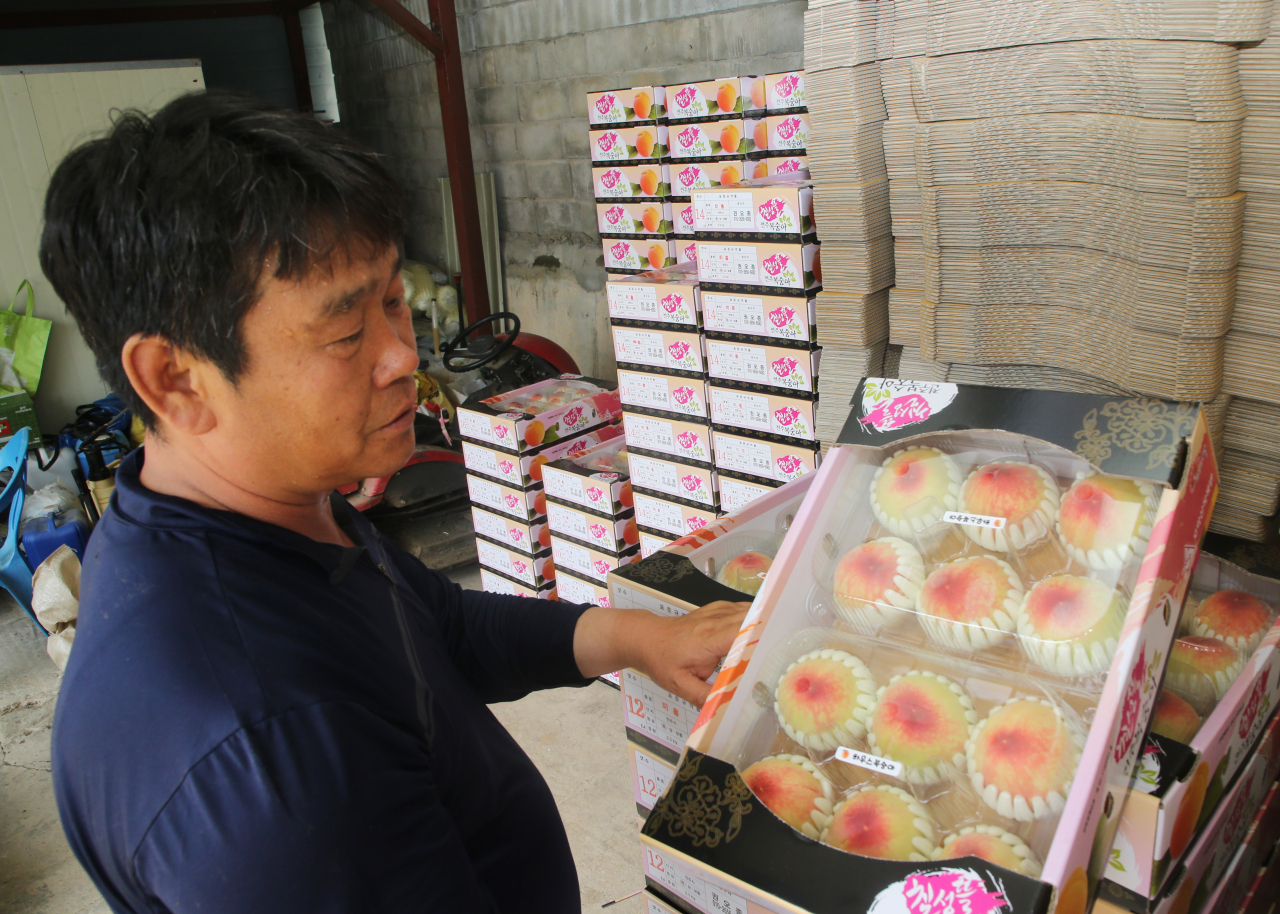 “Peaches are in season one week earlier than last year, since the temperatures this spring went up higher than usual,” said 49-year-old farmer Kwon Oh-jong.