Dansaekhwa, translated as monochrome paintings in English, is more about philosophy, spirituality 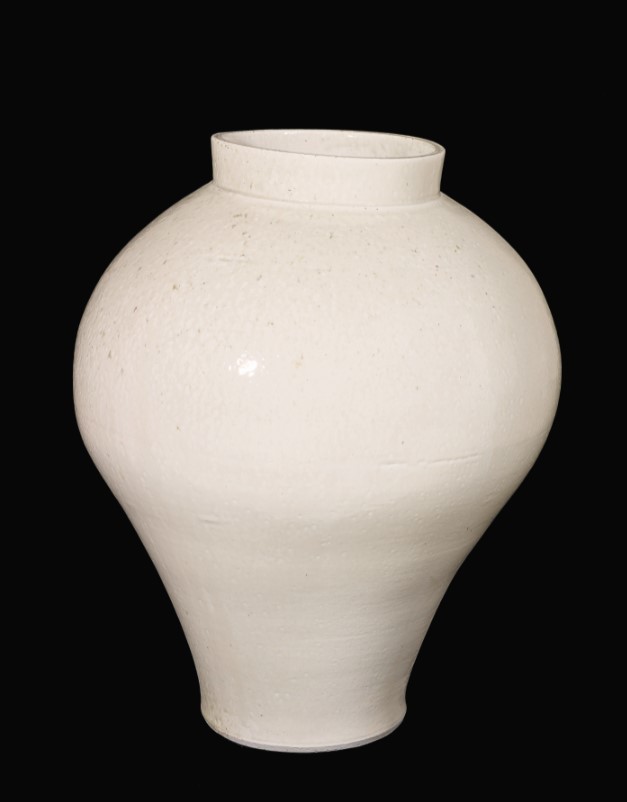 "Moon Jar” by Kwon Dae-sup (Park Ryu Sook Gallery)
A moon jar sits in the middle of the exhibition “Empty Fullness: Materiality and Spirituality in Contemporary Korean Art” at Park Ryu Sook Gallery in Seoul. From a distance, it looks like an ordinary piece of porcelain ware. But walking around it, you will find that it looks different from different angles because of the way it was made: The upper and lower parts of the jar were shaped separately and then put together, causing some dents in the firing process. But ultimately, it is those irregularities that account for the unique beauty of moon jars, which were popular in 19th century Joseon.

Independent curator Chung Joon-mo, who organized the exhibition, compared the unique beauty of moon jars to that of “dansaekhwa” -- an art form widely known as Korean monochrome painting.

“Dansaekhwa is not just about colors. Its uniqueness lies in the process and philosophy,” Chung told The Korea Herald. Chung, a former chief curator at the National Museum of Modern and Contemporary Art, Korea, now heads the Korea Art Authentication and Appraisal Research Center.

Dansaekhwa, which has come to represent Korean art in the international art market in recent years, began flourishing in the 1970s, influenced by the Western monochrome paintings of the 1950s and 1960s. “There were efforts among Korean painters to develop monochrome paintings in their own way. Park Seo-bo and Yun Hyong-keun, who are now internationally recognized artists, are the first generation of dansaekhwa artists,” Chung said.

While Western monochrome art evolved around minimal art, which expressed human rationality with minimal colors, dansaekhwa is about the practice of controlling the mind and achieving unity of the subject, which is a painting or a drawing, and the object, which is the canvas, Chung explained. 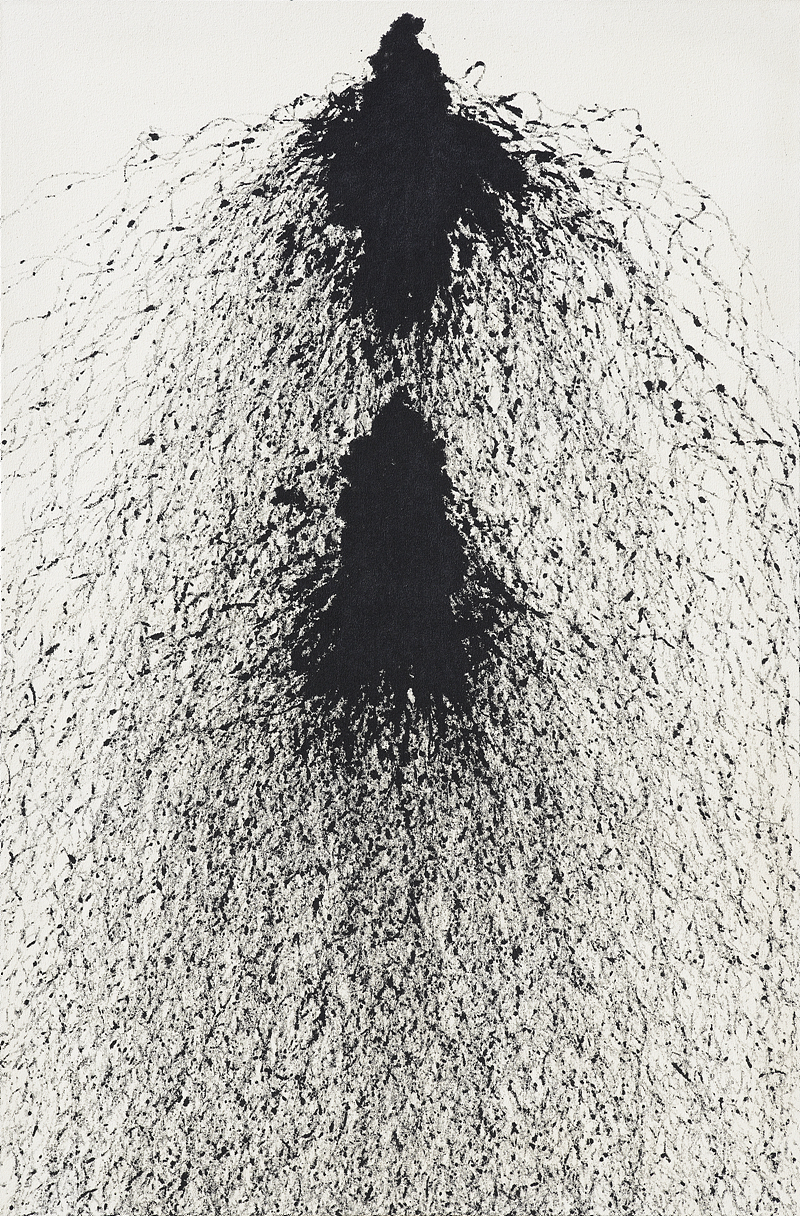 "Mumool 13-9” by Choi Sang-chul (Park Ryu Sook Gallery)
Painter Choi Sang-chul took some twine that had been soaked in India ink and threw it onto a canvas. His “Mumool 13-9” consists of 1,000 marks of India ink. “He threw the twine exactly 1,000 times, and how it turned out became art,” Chung said. “People may wonder what is the point of throwing twine, and may consider the action a waste of time and energy.

“But it is part of a practice to empty one’s mind by repeating the same action, and the accumulation of the process itself is also a part of the art piece,” Chung said. “This is the philosophy that prevails in dansaekhwa.”

In Yun Hyong-keun’s paintings, the burnt umber color seeps into the linen canvas, blurring the line between the background and the painting itself. This way, distinguishing between the canvas and the painting becomes meaningless. Painter Choi Byung-so’s “0120316 Untitled” shows how a page from a newspaper turns into a completely dark paper when it is colored in with a ballpoint pen. The paintings by the two artists demonstrate how dansaekhwa painters regarded the subject and the object as one. 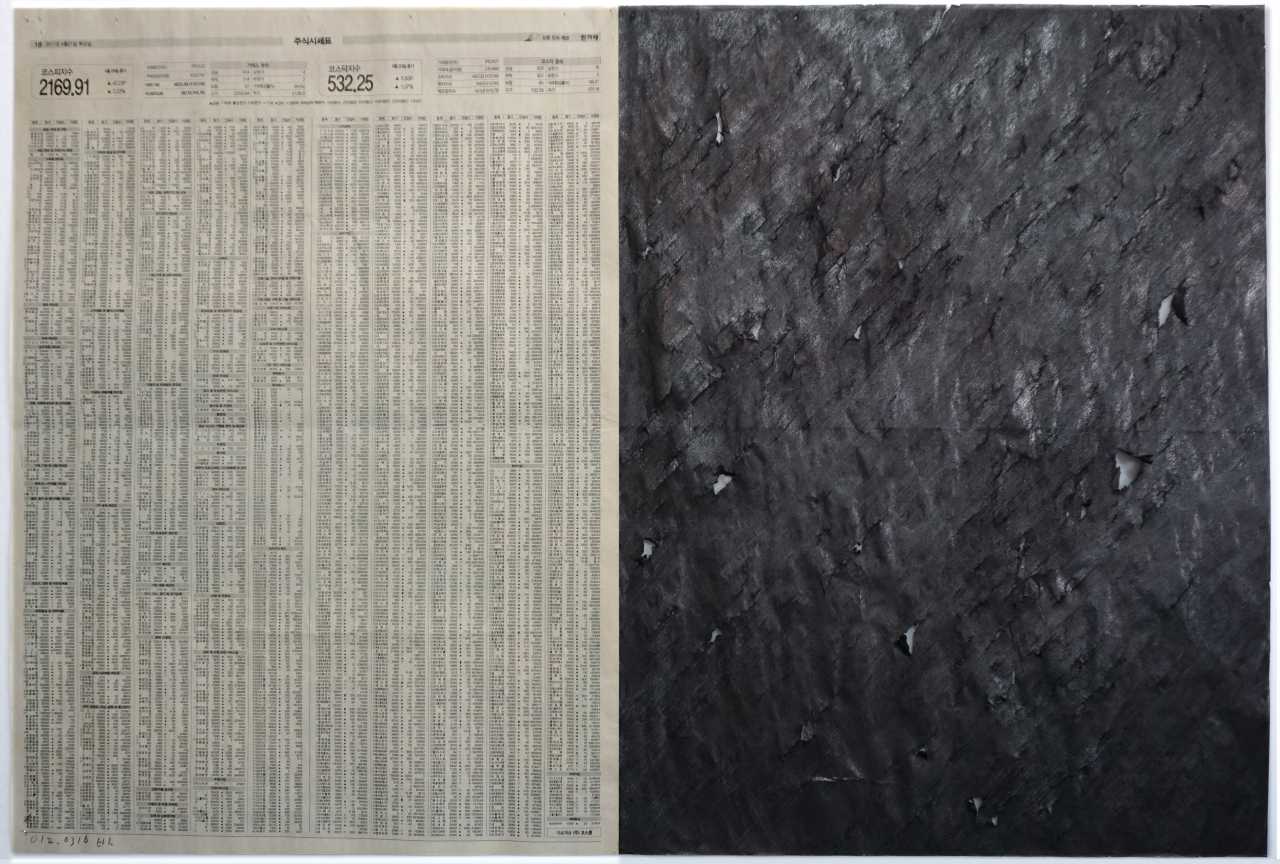 "0120316 Untitled” by Choi Byung-so (Park Ryu Sook Gallery)
“‘Monochrome tone painting’ is a more accurate term than monochrome painting for dansaekhwa because the latter term limits dansaekhwa to the concept of colors,” Chung said. “Dansaekhwa is conceptual art, still alive in Korea’s contemporary art in a variety of ways. Dansaekhwa is not a thing of the past.” 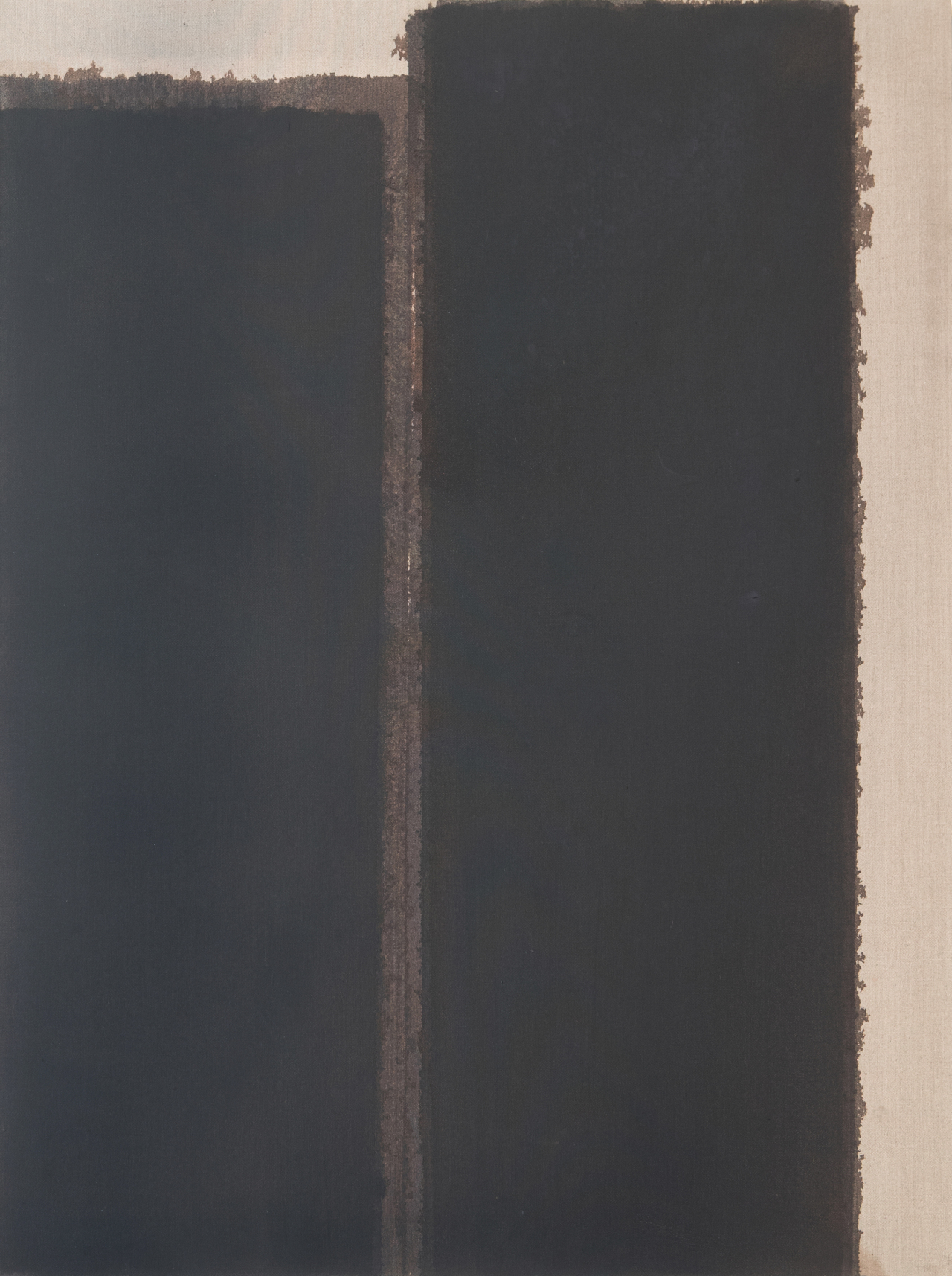 "Untitled” by Yun Hyong-keun (Park Ryu Sook Gallery)
“Dansaekhwa has been simply translated into monochrome paintings in English, but it is more about philosophy and spirituality, and I wanted to herald such important concept of dansakehwa through the exhibition,” said Park Ryu-sook, who founded the gallery in 1983 and has run it ever since. “I hope the exhibition becomes a watershed show to properly understanding dansakehwa.”