From apartments to hotels, AI accelerates era of non-face-to-face services

By Kim Young-won
Published : Jan 6, 2020 - 14:38       Updated : Jan 9, 2020 - 09:18
Artificial intelligence-enabled products and services, including portable speakers, chatbots and robots, are already out there, serving customers in different industries and of different needs. Few of them, however, are offering truly practical benefits. AI speakers are still short of fully understanding human language while robot assistants deployed at public spaces often end up gathering dust due partly to their still clumsy speech and movement capabilities.

KT, a Korean conglomerate that owns telecom and real estate businesses among others, is trying to tackle such challenges that continue to face robots. While rolling out AI products for consumers, it is also trying to tap into business-to-business segments.

“Starting from a GiGA Genie AI speaker for general consumers some year ago, KT has been expanding its AI technology into the B2B area ranging from apartment and car to office and hotel,” said Im Chae-hwan, vice president of the AI business unit at KT. 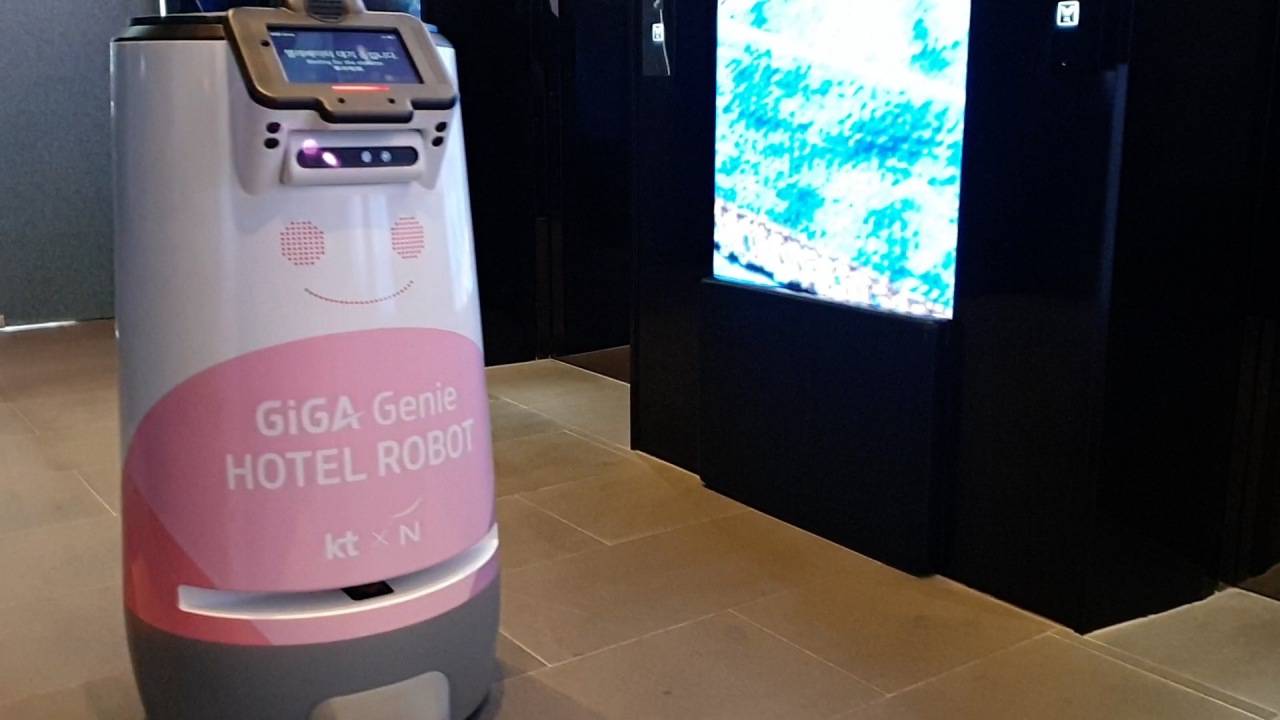 
Launched in early 2017, KT’s smart speaker GiGA Genie based on the voice assistant software of the same name has attracted some 2 million subscribers -- the largest among telecom companies that sell similar voice assistant devices in the nation. Connected with KT’s streaming TV services, the speaker allows users to turn on the TV, change channels and play songs.

In addition to the smart speaker, KT has had the voice assistant software installed at around 60,000 apartment units across the nation. The apartments can turn into voice activated smart homes, allowing residents to remotely open the gate and call the elevator.

“Saving time and being efficient are really important, and AI helps you do that by telling you, for example, what to wear and how to get to destinations efficiently,” the KT vice president said.

At Novotel Ambassador Seoul Dongdaemun Hotels & Residences in Dongdaemun, one of the largest shopping districts in northeastern Seoul, an AI-fitted robot offers concierge services, bringing a bottle of water, towels and slippers for customers upon request. 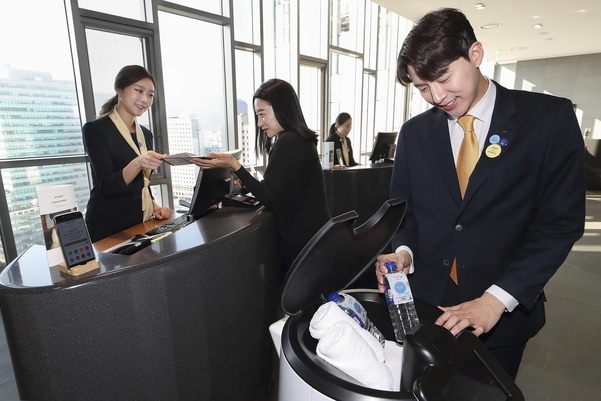 
A customer, for example, can initiate the voice activated assistant in the hotel room by calling “Hey! Genie” and asking for extra amenities. The robot arrives in front of the door in minutes with the requested items. The customer can also ask about tourist attractions and gourmet restaurants in the city. Turning on and off the lights and TV is a breeze for the voice assistant.

On average, a customer at the hotel makes 30 requests a day through the AI solution, which is available in English, Chinese, Japanese and Korean, according to the telecom firm.

Although the AI system still has to become smarter to cater to various needs of customers, it evolves really fast, Im added.

KT’s AI team, consisting of 600 developers, 400 researchers and 200 other staffers, are now doing a range of R&D projects, including one for an AI solution that can discern different human speakers and pick up human voices from noise.

Touching upon some concerns over robots outsmarting humans, he said that AI and robotic technology will bring more good than harm.

“Instead of replacing humans, robots and AI will play a supplementary role. They will be, for instance, deployed for late-night work, or used for very dangerous tasks,” he said.

Since the meeting between Korean President Moon Jae-in and Softbank CEO Masayoshi Son in July 2019, the Korean government has been all-in on AI. The CEO stressed the importance of AI for a nation’s economic growth.

The government has announced an extensive plan to nurture the technology and deploy it in a range of fields, including education, commerce and manufacturing.

It pledged to make the nation a global AI powerhouse by 2030 with the local AI industry creating up to 45.5 trillion won ($38.9 billion) in economic effect.