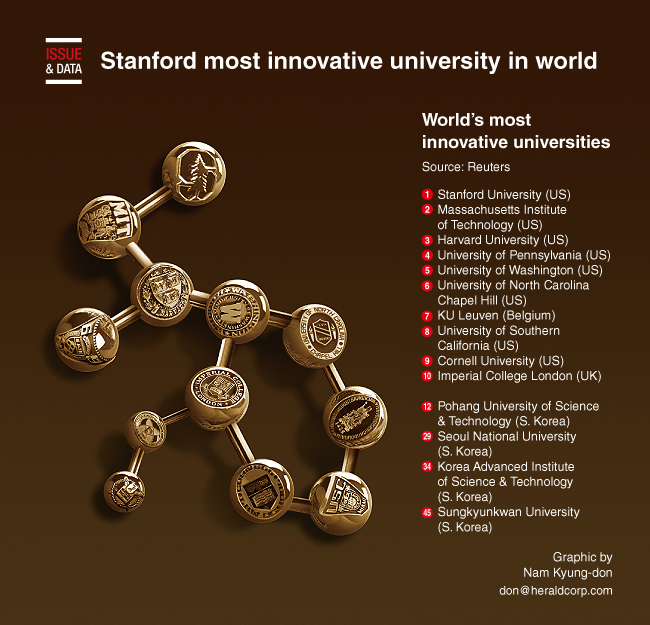 For the fifth year running, Stanford University, Massachusetts Institute of Technology and Harvard topped Reuters’ ranking of the world’s most innovative universities, a list that identifies and ranks the educational institutions doing the most to advance science, invent new technologies and power new markets and industries.

Stanford holds onto its top spot year after year because it produces a steady stream of innovations that are cited by other researchers in academia and private industry ? a key measure of the ranking, which was compiled in partnership with Clarivate Analytics and is based on proprietary data and analysis, including patent filings and research paper citations.

The highest-ranked university in Asia is Pohang University of Science & Technology (No. 12), an institution founded in 1986 by Posco and noted for its unique ties to industry. (Reuters)