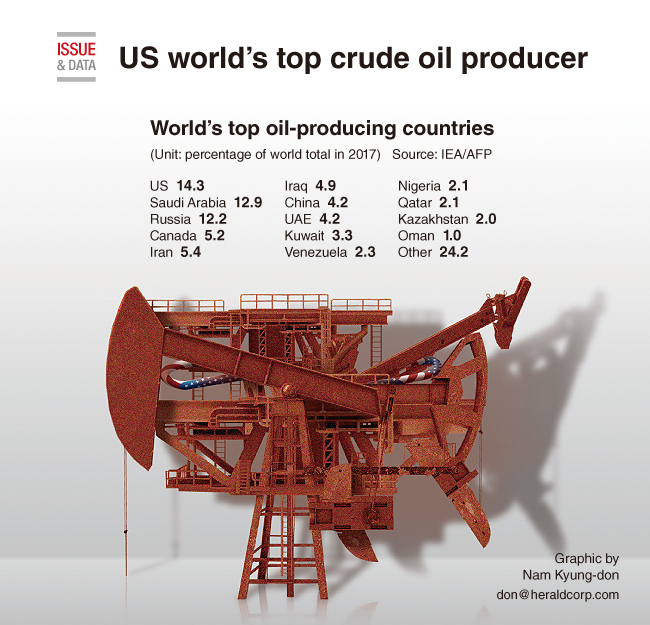 The United States became the world’s top crude oil producer in 2017, surpassing Russia and Saudi Arabia, according to the International Energy Agency. The US produced 14.3 percent of the world’s oil, and Saudi Arabia stood in second place with 12.9 percent with Russia close behind at 12.2 percent.

In terms of the volume of oil they produced in 2017, the three countries produced more oil than the next seven countries on the list combined.