[News Focus] Grand vision aside, who pays for Zero Pay?

Led by the Seoul Metropolitan Government, the Zero Pay system was introduced in beta trials in December.

But a couple of months into its launch, public interest in the state-sponsored mobile pay system remains weak, while doubts persist about the merit of interfering in a sector companies are already entering, and the financial sustainability and benefits to society of the scheme. 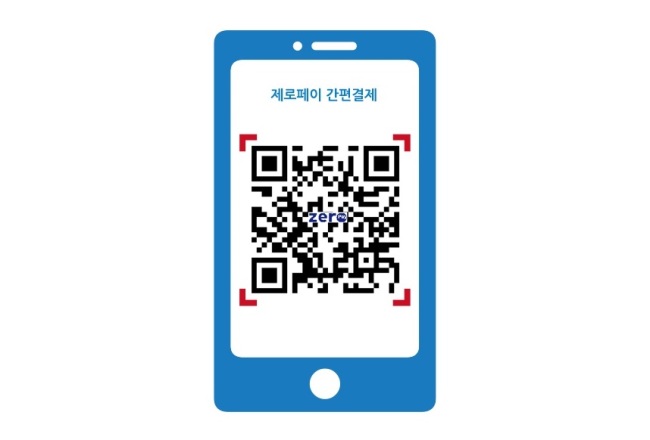 What is Zero Pay?

Initiated by the city of Seoul and Ministry of SMEs and Startups in partnership with local banks and finance companies, Zero Pay is a mobile payment system in South Korea that allows consumers to make payments by scanning a vendor’s QR code -- a two-dimensional bar code -- using a compatible app on their smartphones.

Currently, Zero Pay can be accessed through the mobile apps of major banks, including KB Kookmin Bank and Woori Bank, as well as Bank Pay, a multifunctional app that links to 19 local banks. Zero Pay can also be accessed via existing mobile payment platforms like Naver Pay and Payco.

When consumers scan a vendor’s code, the amount that is due is directly transferred from their bank account to that of the vendor. The scheme involves near-zero transaction fees, with aims to help small merchants save payment processing fees imposed by credit card firms and banks.

To attract users, Zero Pay users get a deduction in their income tax. Seoul City has been promoting the idea that users can collect 750,000 won a year in tax benefits if their annual income is 50 million won a year they spend 25 million won of that using the city-led QR pay scheme. The tax reduction is 470,000 won higher than what they would get by using credit cards.

Zero Pay is scheduled to officially roll out nationwide in March, and Seoul City has been marketing it heavily and making preparations for added features.

Yet critics say the system is bound to fail as the incentives for consumers to switch to Zero Pay’s are not strong enough. They also say the immense costs to the taxpayer of running and maintaining the Zero Pay system outweigh expected gains from reducing fees for merchants.

Academic experts and financial industry officials here assert that the government is unnecessarily intervening in the mobile payment business that private players have already heavily invested in.


Despite the apparent service overlap, both companies have been invited to join the state-sponsored Zero Pay scheme, creating an ironic situation where their own QR pay services are being pitted against a program they would also participate in but offers lower fee income.

“By bringing companies already pursuing the mobile pay business into the Zero Pay ecosystem, the government is limiting their business outlook as well as interfering with natural market forces at play in the mobile payment business sector,” a local mobile payment industry official told The Korea Herald on condition of anonymity.

On top of competing QR pay apps, other forms of easy-to-use offline mobile payments have already taken root here as well. One notable example is Samsung Pay, which lets people make credit or debit card payments simply by placing their Samsung smartphones next to a card terminal.

Economists say that the government’s job is to build and set up vital public infrastructure that the private sector is unwilling or unable to develop on its own. But the mobile payment industry does not fall in that category.

“The government should step in only in areas that lack basic infrastructure. But it’s hard to see Zero Pay and the mobile pay sector as an area requiring state intervention,” said Sung Tae-yoon, a professor of economics at Yonsei University in Seoul.

“State taxes should not be spent on developing a service that the private sector is already heavily active in.”

The question of sustainability is another issue. With funds poured into marketing and service improvements, Zero Pay will eventually gain more users over time. But how those activities are funded is the more vital consideration, according to Sung.

“For instance, offering a 40 percent income tax exemption will attract users to Zero Pay. But this is another form of payment that will be funded by tax money. In the end, the government is spending tax money to provide tax benefits to citizens.”

Meanwhile, proponents of Zero Pay say that it is too soon to evaluate the success of Zero Pay, as the service has yet to formally launch, and that it will take off once more people become aware of its existence and benefits.

Yoon said that previous government policies encouraged the use of credit cards, benefiting card companies that collect transaction fees while raising related costs for small vendors. Given such, Zero Pay should be supported and expanded upon as a new way of lowering such burdens on small merchants, he said.

According to data submitted by the city of Seoul to Rep. Kim So-yang of the main opposition Liberty Party of Korea, Zero Pay had 58,354 registered vendors as of Jan. 22. This is around 9 percent of Seoul’s 660,000 small vendors in Seoul.

Seoul City did not provide data on Zero Pay’s weekly usage counts and total amount of transactions handled since its beta service launch, according to the lawmaker.