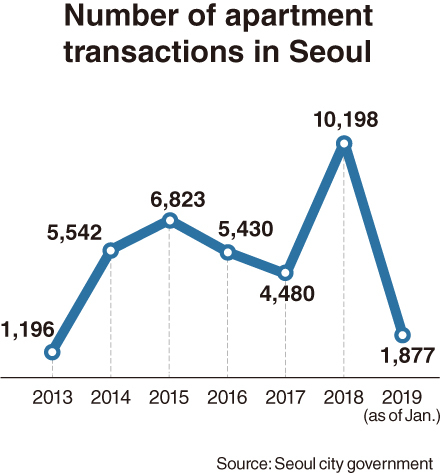 Apartment transactions in Seoul sank to a six-year low in January from a year earlier, according to data from the land administration department of the Seoul Metropolitan Government.

Real estate experts noted that with increased supplies of new houses in the midst of fortified anti-speculative regulations, the lease prices are expected to remain steady for a while, meaning more people would watch how the market would play out rather than jumping into purchases.
(khnews@heraldcorp.com)