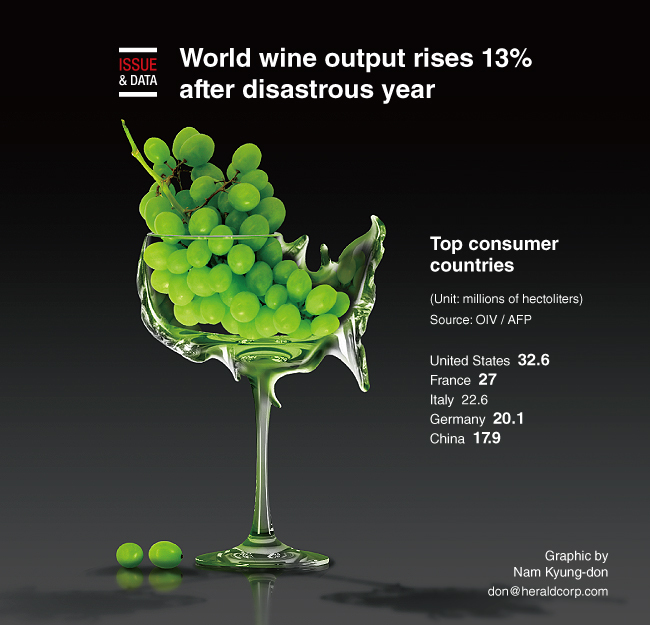 The OIV estimated production at 279 million hectoliters this year, calling it one of the highest yields since 2000.

Following a congress in Punta del Este in Uruguay, the OIV said Italy was the world's top producer with 48.5 million hectoliters, followed by France with 46.4 million and Spain with 40.9 million.

The United States held its position as the biggest global consumer country since 2011 with 32.6 million hectoliters, according to the OIV. This was followed by France with 27 million, Italy with 22.6 million, Germany with 20.1 million and China with 17.9 million. (Agence France-Presse)