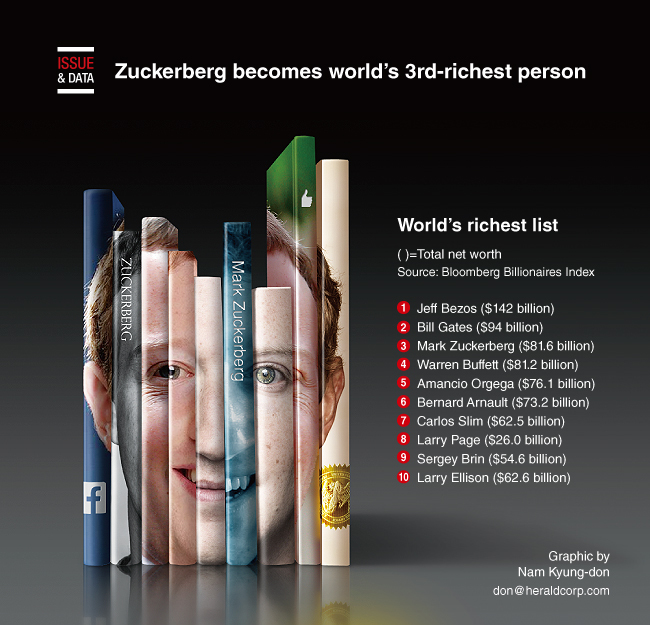 Facebook co-founder Mark Zuckerberg has overtaken Warren Buffett as the world’s third-richest person, further solidifying technology as the most robust creator of wealth

Above Zuckerberg were Amazon CEO Jeff Bezos, in the No. 1 spot, and Microsoft co-founder Bill Gates, according to the Bloomberg Billionaires Index.

It’s the first time that the three wealthiest people on the ranking made their fortunes from technology.

Zuckerberg, 34, is now worth $81.6 billion, about $373 million more than Buffett, the 87-year-old chairman and chief executive officer of Berkshire Hathaway.