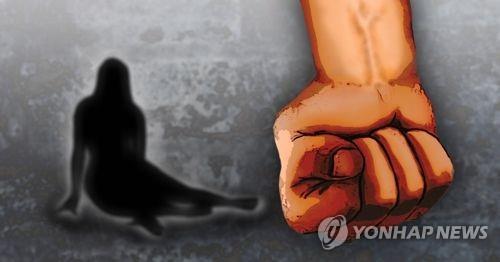 About 8 in 10 Korean men said they had used violence against romantic partners, a study showed Thursday.

According to a study conducted by the Korean Institute of Criminology, 1,593 of 2,000 Korean men, or 79.7 percent, said they had abused a girlfriend while they were dating.

About 71 percent of those who admitted to a history of dating abuse said they had control over their girlfriends’ personal activities, such as restricting them from meeting friends or keeping them isolated from others, including family members.

Among them, 485 people said they regularly called to check who the partner was with. Others said they called until their girlfriends picked up the phone, or put restrictions on how they dressed.

In terms of psychological or emotional abuse, 23.1 percent said they had slammed a door or stamped on the ground in anger when they were with their girlfriends.

Among those who had committed physical violence against their partners, almost 25 percent said they had touched a partner’s breasts, buttocks or genitals without agreement.

About 100 people said they had bruised their partners or left them with small scars. Some even said their girlfriends had passed out or broken a bone.

Hong Young-oh, the researcher from the KIC who led the study, said the high number of those who had restricted their partners’ movements stems from the deep-rooted patriarchal attitude of Korean men.

“The high number of such actions show that the abusers themselves were not aware of or did not recognize their actions as dating abuse,” said Hong.

“But victims who had their activities restricted by their boyfriends saw it as serious enough to say that they wanted to break up.”

The study also showed that the acceptability of violence, childhood experience of domestic violence and emotional instability were attributed to various types of violent actions by abusers while dating.

Earlier this month, data from the National Police Agency showed that 8,367 people were booked on charges of physical violence against their partners in 2015, up 8.8 percent from the previous year. The total number of physical assault cases here was 305,957 in 2015.

In late July, police launched a 100-day action plan to crack down on violence against women amid increased public concerns following a viral video that showed a man assaulting his ex-girlfriend and then chasing her down with a 1-ton truck in Sindang-dong, central Seoul.