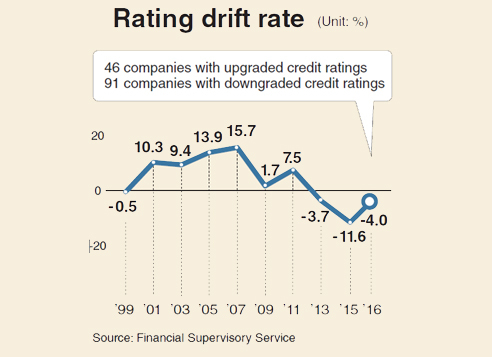 But there were still three times as many companies with “negative” outlooks for their credit ratings than with “positive” outlooks.