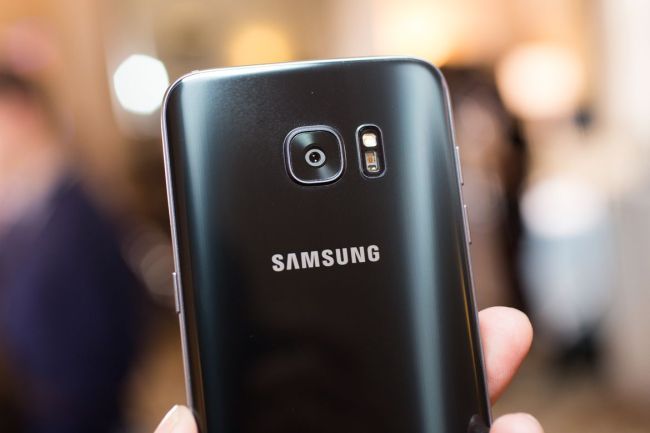 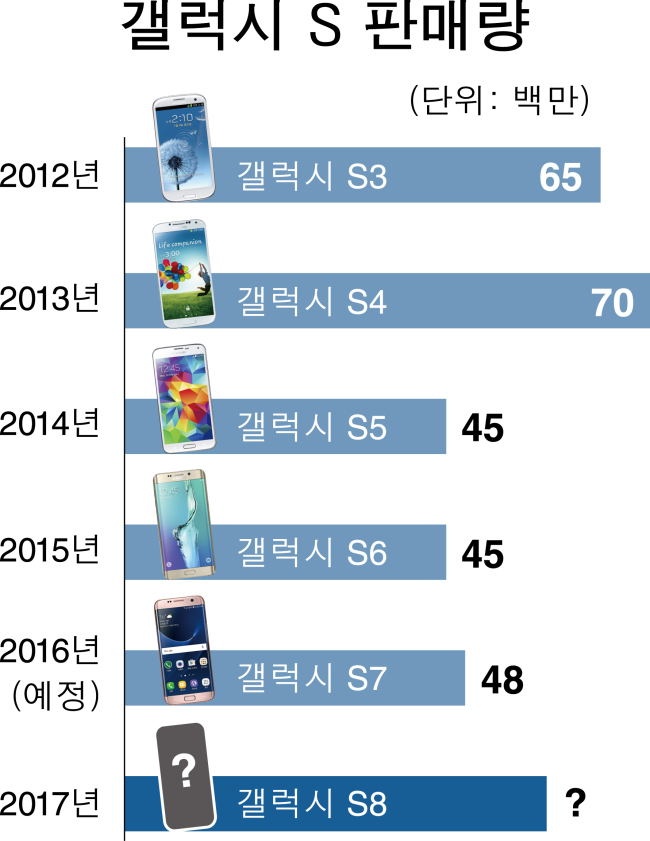 
Aiming to shake off its Galaxy Note 7 woes, tech giant Samsung Electronics has set a shipment goal of 60 million this year for its upcoming Galaxy S8 smartphone, higher than that of its previous flagship models, according to industry sources Monday.

“The tech giant has requested its partners to supply (parts) based on the tech giant’s 60 million shipment goal,” an industry source told The Investor on condition of anonymity, adding Samsung has confirmed that the release schedule has been postponed to mid-April, a month later than the usual March release.

But there is still the possibility that Samsung will showcase a smaller number of S8 handsets in February or March. Mass production is expected to begin in March, when Samsung will most likely roll out 5 million units of the S8 each month. Some of the suppliers have offered smartphone components from last year for final testing. The process is set to be completed in the coming weeks.

The shipment goal for the S8 is much higher than the total shipments of the firm’s flagship models over the past three years: S5 (45 million), S6 (45 million) and S7 (48 million). The Galaxy S4, released in 2013, shipped a record 70 million units, while the S3 saw 65 million units shipped.

“As the release date of the S8 has been postponed to mid-April, Samsung seems to have set a more ambitious goal than before to make up for the loss caused by the Note model, which has so far led Samsung’s smartphone business every first quarter,” another industry source said.

The mass production of the S8 will start in March after Samsung receives electronic parts in February from its main vendors, including camera iris scanner module maker Partron and camera lens firm Sekonix.

Wireless module maker Samsung Electro-Mechanics and Amotech are expected to supply radio frequency modules, which are used for near-field communication systems, in March, while secondary vendors, such as Hansol Technics, will likely start offering parts from April.

Market watchers said it is still uncertain whether the Korean smartphone giant can make a real comeback with the S8 after the Note 7 debacle, due to increasing challenges posed by firms such as Huawei of China.

In the US, key rival Apple is expected to sell up to 80 million of its iPhone 8 handsets during the last three months of 2017, according to Nomura Securities.

Some market analysts cast doubt on Samsung’s shipment target for the S8, as the premium smartphone market is quite saturated with Chinese firms posing a serious threat to Samsung and Apple, the traditional powerhouses in the high-end smartphone sector.

Samsung has proved its resilience by posting strong earnings in the fourth quarter. Its operating profit, which dropped 29.63 percent on-year to 5.2 trillion won ($4.36 billion) in the third quarter of last year due to the ceased sales of the Note 7, increased 76.92 percent from the preceding quarter to 9.2 trillion won.

The improved profit in the fourth quarter was attributable to Samsung’s marketing drive to sell the S7 and its Edge variant to make up for the loss of the Note 7 during the period and the robust sales performance of its memory chips. As for the mid-range Galaxy A and low-end Galaxy J smartphone series, Samsung has set a shipment goal of 20 million and 100 million, respectively, according to a person briefed on the matter.

The previous models of the Galaxy J series have garnered popularity in emerging smartphone markets, such as India and South America.

Samsung unveiled the Galaxy A7, A5, and A3 earlier this week, all of which boast waterproof designs, fingerprint scanners, and full high-definition Active Matrix organic light-emitting diode displays, which used to be common features on high-end smartphones in the past.

According to a recent report by market research firm IDC, the global smartphone market grew only 1.6 percent last year, with the number of smartphone shipments standing at 1.46 billion. It is forecasted to grow at around 4 percent this year. The projected growth figure for 2017 is much lower than the double-digit rate in the early years of the smartphone era.