Kia Motors to launch new models in US, China 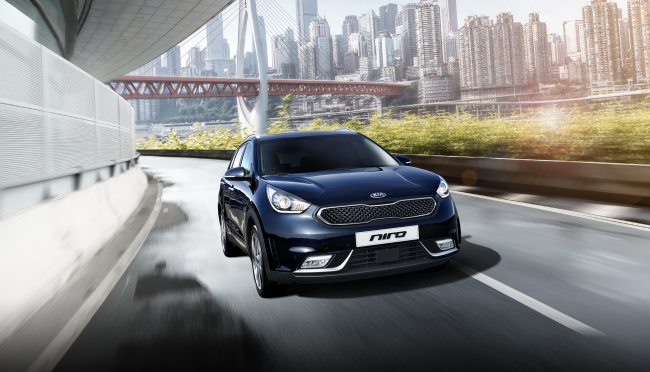 “After our planned launch of the K7 sedan later this year in the US, we will launch the Niro hybrid early next year and focus on marketing there,” said Kia Motors CFO Han Chun-soo in a conference call after the company’s third-quarter earnings report.

“As of now, we will focus on managing the inventory. For the long term, Kia will emphasize on releasing more SUVs and eco-friendly cars (in the US).”

In China, the all-important market where the carmaker has poured considerable resources in recent years, including China-only models, the company plans to launch three new SUVs and one sedan in the next two years to meet slowing demand there, the CFO added without elaborating on specific model names.

In the July-September quarter, Kia’s operating profit fell 22.5 percent to 524.8 billion won (US$460.76 million) on-year, largely due to production loss at domestic plants and the strong Korean won against foreign currencies in overseas markets.