Four days after its official launch here on Oct. 21, the newest iPhone is estimated to have sold more than 200,000 units.

Industry watchers predict the sale figure could hit the 300,000 mark within the month. 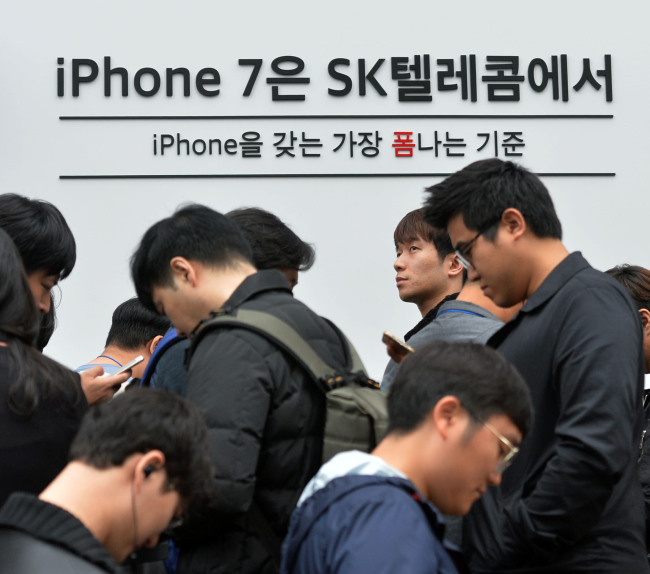 “The supply situation is much better compared to that of its predecessor iPhone 6,” said an official of a local telecom carrier, referring to the iPhone’s usual early supply constraints in previous years.

“Except the hot-selling Jet Black model, there is no waiting for other models.”

In the meantime, Samsung Electronics unveiled a new compensation program for Note users, offering a 50 percent discount on their monthly payment plans if they purchase the company’s new flagship phones, the Galaxy S8 of Galaxy Note 8, next year.