The restart is expected to help ease concerns about the power supply amid a sweltering heat wave. 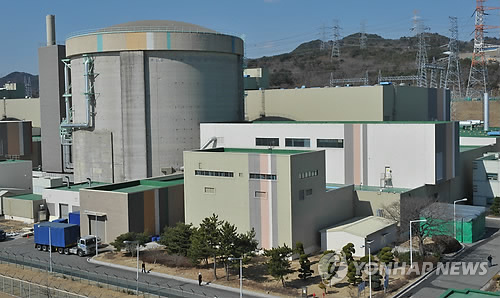 The 679-megawatt Wolsong No. 1 reactor is set to operate at full capacity by around 7 p.m. on Sunday, according to Korea Hydro and Nuclear Power Co. (KHNP), which runs the country's nuclear reactors.

As a heat wave bakes South Korea, demand for electricity hit its highest level this week.

On Friday, the electric power reserve ratio went down to 8.5 percent, or 7.22 million kilowatts, marking the fifth single-digit ratio this year.