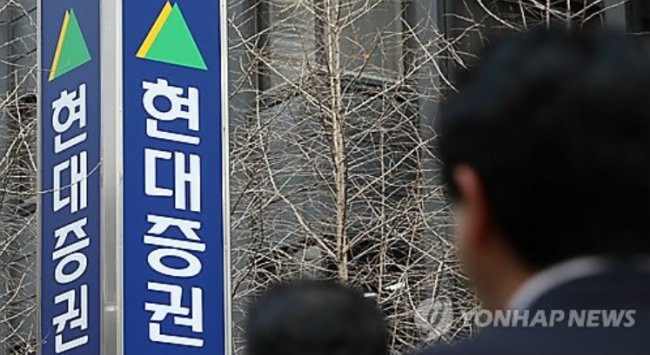 Although the agreement was expected to be signed earlier this week, the companies said the schedule was delayed due to procedure-related matters. They did not reveal details.

KB reportedly offered the highest price of more than 1 trillion won (US$8.67 billion) for the majority stake.

"We are currently discussing the final price," an official from EY Hanyoung, which oversees the deal. "Although there may be a 1-2 percent adjustment, the amount will still hover around 1 trillion won as suggested."

The price offered by KB was around three times higher than the market estimate. Market watchers said Hyundai Securities was one of few brokerage houses available for sale in the local financial market.

They said although it usually takes around two months to win governmental approval for changing the top shareholder of financial organizations, the process will be shortened in this case, given KB Financial's liquidity.