According to Yoido Full Gospel Church insiders, the National Tax Service (NTS) has started going through its tax records.

"The NTS Seoul Regional Office started the tax probe into our church... It has asked us to set up an investigation office at the CCMM building (located in Yeouido, southwestern Seoul)," Reverend Dr. Lee Young-hoon was quoted as saying by several church officials who later relayed the conversation to Yonhap News Agency. The pastor made the remark during a meeting with church elders on Sunday. 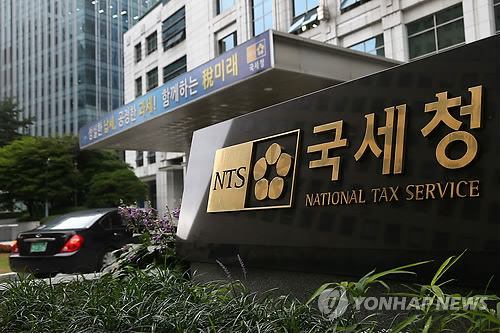 Around 400 church elders attended the meeting to balance the books.In a statement, the church refuted the report about Lee making the remark at the meeting, although acknowledging that the church was being investigated by the NTS.

Additionally, the church dismissed the allegation that Lee tried to stop the tax investigation when he met NTS commissioner Im Hwan-soo last Friday.

"Given the reality that tax-related investigations on religious organizations are not possible, the NTS' probe this time is only confined to information gathering for its probe into the charges levied against the pastor emeritus," the church said.

Cho Yong-gi, the founder and pastor emeritus of the church, was

accused in October of embezzlement worth 80 billion won (US$67.3

million) in total and has been under investigation since then.