The compassionate minister had told the then-teenage girl, who had just escaped the clutches of one of the most secluded and oppressive regimes in the world, that she deserved a “second chance.”

“What second chance? I’m not a criminal. It was not my choice to be born in North Korea,” she told The Korea Herald in an interview after giving a speech last month at an international forum in Bangkok.

The conversation was a stark reminder of the barriers that many people who have fled the hermit kingdom still encounter amid their struggle to adapt to their new lives in the South, where she says they are treated as “defectors” rather than “normal people.”

“In South Korea, people tell me that I cannot compete on an equal footing with South Korean students. ... They say ‘what are you going to do in this country?’ Even before I start, they tell me that I’m a failure,” she said.

Prejudice against the former citizens of Pyongyang’s strongman Kim Jong-un has ailed some 26,000 defectors currently living in South Korea. Defector children who talked to The Korea Herald in past interviews have testified that they hardly ever hang out with South Korean children because they “mimic their accents and repeat everything they say.”

Last month, North Korean-born Son Ha-ha accused local health authorities of refusing to allow her a kidney transplant because of her defector status.

Park said what North Koreans needed most and what she wanted most was to receive a chance to be accepted for who she is and to “become part of this society.”

“OK, I have different experiences and a different childhood. But that does not mean I cannot dream of the same future,” she said.

Park’s childhood, and the childhood of anyone who once called the communist country “home,” was far different from those of anyone who grew up in a free country. The 22-year-old described her life in Pyongyang as “numb.”

“You feel, you touch and you smell things. But we don’t get anything from it. Everything was contradictory. You sing of songs that you are king of this world. You are living in a paradise, but everyone is still hungry.” she said. “I’ve never known what critical thinking even was in North Korea. You just believe what the government tells you.” 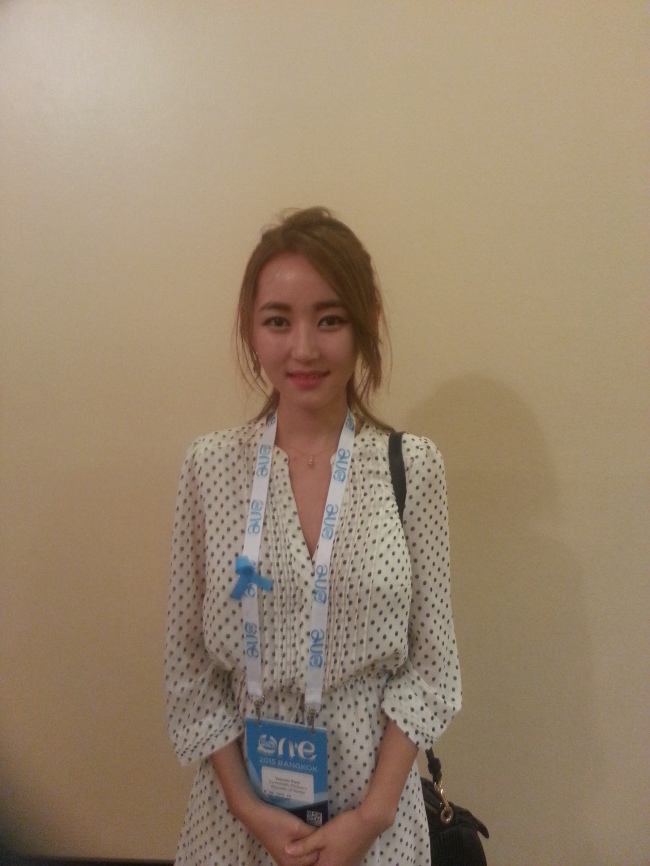 In past talks, she told of younger North Koreans like her having more access to Western culture and no loyalty toward Kim and his family. But youngsters still sang their praises anyway, out of fear.

“What you say can kill you. It’s a joke. You are living in that kind of a society. Your tongue is the most dangerous weapon you have against yourself,” Park said.

Upon her departure from the North in 2007, she started publicly speaking about her life there, telling harrowing stories about her escape. Park has since become one of the most recognizable public figures to speak about North Korean human rights, also publishing her memoir “In Order to Live: A North Korean Girl’s Journey to Freedom” in September.

Critics have pointed out inconsistencies in her stories which have sparked controversy over their legitimacy. But Park explained that she has refrained from full disclosure, as details about such issues as human trafficking would hinder her from being “accepted as a normal person.”

Park urged her compatriots in the South to pay closer attention to the issue of North Korean human rights.

She said that politicians should refrain from using North Korea as leverage to give themselves an edge in a bipartisan squabble, adding that human rights should transcend politics. “I guess they are using it for an election. If you lose an election, you just lose. But people die there (in North Korea),” she said.

For people who have already escaped the North, she called for respect, rather than pity.

“The thing for me was that I’m not a victim, I’m a survivor. I fought for my life,” she said.