By 배현정
Published : Jun 23, 2015 - 16:04       Updated : Jun 23, 2015 - 16:07
The nation’s top financial regulator said Tuesday that it would lower the interest rate ceiling applied to private money lenders and expand the budget of state-funded microloans in efforts to ease the burden on the low-income brackets.

The maximum rate for private loans will be reduced to 29.9 percent within the year from the current 34.9 percent, according to the Financial Services Commission.

The ceiling rate, which is applied to low-credit borrowers who have no access to the low interest rate loans offered by banks or savings banks, has been marked down several times, since it first fell to 49 percent from 66 percent in 2007. 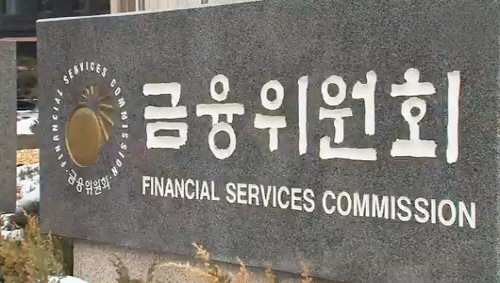 There were 8,694 registered private lenders here as of the end of last year, among which three Japan-based companies -- Apro Financial, Sanwa Money and J Trust -- account for over 40 percent of the total market.

“In the case of the top 36 lenders, their loan production costs fell 4.35 percent over the past two years, indicating that they may afford to lower the interest rate ceiling,” the FSC said.

“We will also reinforce supervision on illicit loan sharks to ensure that the subprime loan business remains within legal boundaries.”

The FSC also pledged to input an additional 22 trillion won ($20 billion) by 2018 into microfinancing services and debt-relief funds to provide to some 27 million people in the lower-income brackets.

The maximum interest rate for these state-backed loans will be lowered by 1.5 percentage points to 10.5 percent.

“These state-funded microloans will deter low-income people from rushing to high-interest private loans as a last resort,” the FSC said.

“In order to prevent possible loan default situations, we will strengthen our evaluation of borrowers’ payback capacity.”

But as these state loans target the lower-income bracket, the financial authority is willing to raise the default rate.

“As the people’s livelihood came under pressure with the MERS outbreak, we will refrain from pushing borrowers too hard for repayment,” it said.