On top of the brutality of the crime, the case triggered public outrage for the way the victims were treated by the offenders’ parents.

One of the girls reportedly had to quit school as she was repeatedly visited by the boys’ parents in the classroom and verbally attacked for reporting their sons to the police. The victims were blamed for “seducing the boys” and “not behaving properly as girls.”

“(In our experience), it is in fact common for parents of juvenile sex offenders to be unaware of what sexual violence is or means,” said Kim Yoon-kyung, an official in the Gender Equality Ministry’s division for youth protection from sexual crimes. 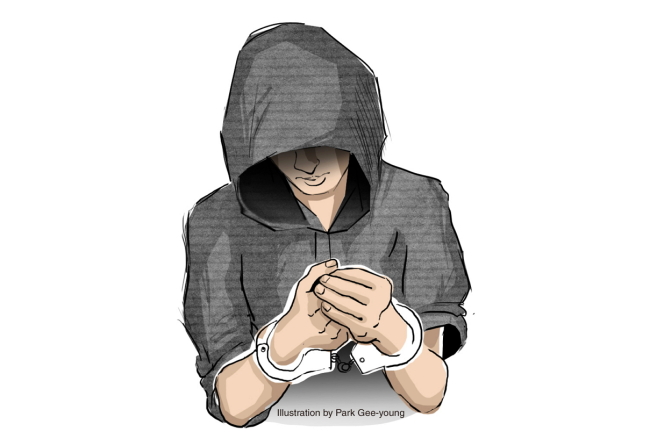 “They may also feel defensive of their child and angry that she or he could be accused of such a crime. And that is why both young offenders and their parents need to be educated together.”

Since 2013, the South Korean government has been offering classes for teenage sex offenders, which they are asked to attend with their parents.

In an effort to prevent second offenses and to better protect the victims, the ministry plans to expand the number of required sessions this year, officials said. The classes will be given to 230 individuals from 81 households this year, up from only 123 people from 58 households in 2014.

Kim stressed that most juvenile delinquents have problems at home. In South Korea, 1 in 5 juvenile offenders is from a single-parent household or broken home.

Among 91,633 convicted juvenile offenders here in 2013, 54.7 percent were living below the poverty line, according to a study released by the Supreme Prosecutors’ Office.

Kwon Hyun-jung, a women and children’s rights activist who has educated many teenage sex offenders, says one of the biggest family problems that may lead children to commit sex crimes is the lack of communication with their parents.

“Children who don’t really talk to their parents, as well as those who think they are not getting the attention they need at home, often give no thought to parental reactions in the situation of temptation (of committing a crime),” Kwon told The Korea Herald.

“And when the parent is not present psychologically when temptation to commit a crime occurs, it is much more likely that the child will commit the act.”

However, most juvenile sex offenders commit a crime out of curiosity as well as lack of awareness, she said. “I would say, only 10 percent of the juvenile offenders end up doing such activities because they genuinely want to harm others,” she said.

One of the juvenile offenders at Kwon’s organization in fact was a well-behaved high school student with good grades. He was caught after forcibly taking pictures of the private parts of an elementary school student.

During his mandatory session with his parents, he broke down in tears, sharing how he had been stressed because of his schoolwork, and how difficult it was for him to tell his family about the academic pressure.

“Looking at pornography was his way of escaping the stress, and that’s where he got the idea for his crime,” the activist said. “If he had other ways to relieve his stress or had someone who would listen to his problems, things could’ve been different.”

Another teenage offender at the organization was a middle school student who gang-raped a fellow student. The student told his educators he was “simply curious” what it would be like to have sexual intercourse with a girl. His parents were strict and conservative, and the offender rarely talked to them at home.

“Some of the notions he had were problematic,” Kwon said.

“For example, he thought women shouldn’t drink (alcohol) or dress provocatively to avoid being raped. He also thought if a woman was drinking at the time of the rape or attack, the behavior of her abuser can be justified.”

Kwon said the average age of juvenile sex offenders is dropping significantly; the youngest offender she has taught was a fourth-grader.

“Under the current law, children aged 14 or under cannot be punished even if he or she commits sex crimes,” said Kim Jae-ryun, a lawyer who currently heads the Gender Ministry’s women and youth rights bureau.

“That is why these education classes are extremely important.”

In 2012, 23.5 percent of Korean children watched pornography for the first time as elementary school students, according to a study released by the Gender Ministry. The data also showed that 57.2 percent of teenagers that year did not use birth control when they had sex.

“Inevitably, children are influenced by their parents and their authority figures,” activist Kwon said, adding that quality sex education and human rights awareness is needed for both parents and children.

“Teenagers need either their parents or school to teach (them) what violence is and why it is never okay to engage in any act without the other person’s consent. In order to do that, grown-ups first need to accept that very concept of human rights.”