By Korea Herald
Published : Jul 15, 2014 - 20:32       Updated : Jul 15, 2014 - 20:33
Adding a spoonful of cream to a cup of coffee doesn’t sound too special, but Dongsuh Food’s powdered coffee cream Frima is more than that. It is used in many different ways including as a dry milk replacement, as an ingredient for cereal mix and baking mix, and as a taste enhancer for bubble tea.

Having started to sell beyond the Korean market in 1982, Frima is now sold in 27 countries, ranging from Russia and Central Asia all the way to Vietnam, grossing more than $60 million in 2013 from overseas sales. The company is now aiming for $100 million by 2015. 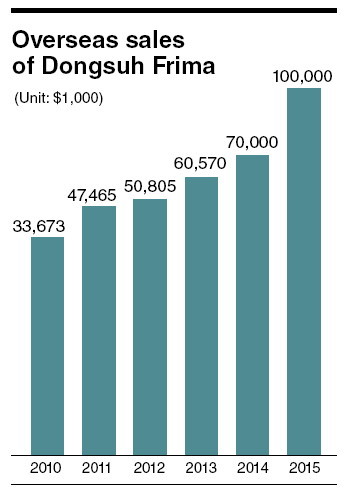 Dongsuh Food CEO Lee Gwang-bok said diversification and localization of products for different markets were the keys to paving the so-called “Frima Road,” stretching from its homeland throughout Asia and all the way to Siberia.

“It wasn’t just about the coffee. We had to study all the possible uses of coffee creamers in different markets, and sometimes for different distribution channels. We also had to learn how people in different countries perceive Frima,” Lee said. “Coupled with our aggressive marketing and logistics know-how, Frima has become one of the most loved milk-replacements in Asia.” 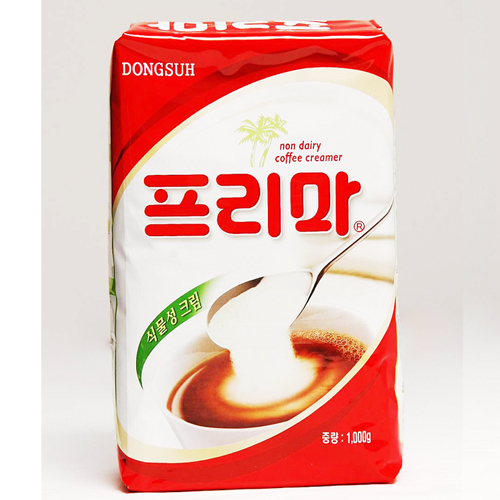 For instance, people in Kazakhstan add Frima not only to their coffee and tea but also use it in their bread and pastries. Given these tastes, Dongsuh came up with Hi-Milky Frima, a bakery paste. For the Central Asian market, where more people add Frima to their baking, Dongsuh introduced family-sized portions.

Taiwanese people were found to be adding coffee creamers to enhance the flavor of their bubble tea. The company decided to create Frima for Bubble Tea, to be distributed to cafe owners in the Taiwan region through business-to-business channels.

In the Southeast Asian market, Dongsuh added coconut oil to the Frima that was added to coffee mix products.

“The tricky thing about business-to-business is that it is very hard to convince your clients that they want something new because they already know what the customers want. In the Southeast Asian market, for instance, there was a distinct demand for exotic aromas in their coffee, and we had to adapt to that taste. It took us 10 samples and numerous meetings before we could finally hit the Indonesian store shelves,” Lee said.

In Siberia, Dongsuh established kiosks at 140 different stores. In Kazakhstan, the company gave out Hyundai cars, Samsung smartphones and other freebies at lucky-draw events. “We are slowly but steadily building trust between Dongsuh and customers,” Lee said.