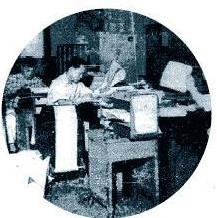 The Korea Herald has been providing English news to South Koreans and Korean viewpoints to people outside of the country for the past 60 years. Its sister paper, The Herald Business, and other units of Herald Corp. are also leading the local media market.

It all started with a four-page tabloid called The Korean Republic, the forerunner of The Korea Herald.

In the early 1950s, then-President Syngman Rhee sought the creation of an English newspaper that would act as the mouthpiece of the young nation still recovering from the 1950-53 Korean War.

A variety of English newspapers popped up at the time, such as the Seoul Times, the Seoul Daily News, and South Korea’s first-ever printed English newspaper the Independent. Most of these papers, however, had limited influence and were short-lived.

In March 1953, Rhee named then-Deputy Foreign Minister Gal Hong-gi as the head of the Bureau of Public Information to oversee the establishment of a new English newspaper.

The government founded the Korean Information Service and named Gal as president. Gal said he suggested the name The Korean Republic and President Rhee himself approved it.

The first issue of the The Korean Republic was published on Aug. 15, 1953.

The company in its fledgling days had a minimal staff of just three reporters, a managing editor and one photographer. The newspaper did not even have its own printing facilities and had to use the adjacent presses of Seoul Shinmun to make its inaugural edition.

This first edition epitomized the founding purpose of the newspaper: to act as a window between Korea and the outside world.

Its top story covered Rhee’s Liberation Day speech, in which the South Korean leader vowed to work with the United States in achieving the unification of Korea. An editorial on Page 3 discussed whether unification was politically possible.

The wire stories informed South Koreans of happenings in the two countries they were most concerned about: the United States, the country’s biggest ally, and Japan, which had ruled over Koreans less than a decade before.

The Korean Republic went through a series of major changes in the 1960s, the biggest of which was the renaming of the newspaper as The Korea Herald in 1965.

In 1966, The Korea Herald held its first Korean speech contest for foreigners, and held a traditional Korean music contest for expatriates in 1968.

In 1974, it kicked off the “Korea Insight” series, in which foreigners depicted life in South Korea. “A New Generation of Koreans,” another series, also offered foreigners’ take of the country. These series were forerunners of today’s “Expat Living,” page, which carries useful information and events concerning expats in Korea.

In September 1973, Naeway Economic Daily ― the forerunner of The Herald Business ― was co-founded by the government and the Korea International Trade Association.

In the past decades, The Korea Herald has gone through many changes. As its readership expanded, the paper expanded the number of pages, from four to eight in 1975, and later to 12 in 1986. Currently, the paper publishes 20 pages on weekdays.

The Korea Herald also changed location. The original office was located in a two-story building in Mugyo-dong, Seoul. In 1954, the company moved into a four-story building on Taepyeong-ro. In 1978, the paper and its sister paper moved to their own modern building in Hoehyon-dong. In July 2005, the paper changed its address again to its current building in Jeong-dong near Gwanghwamun, the vibrant heart of Seoul. 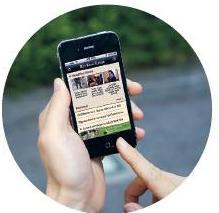 The global newspaper industry is facing a wave of upheavals sparked by the heady adoption of disruptive digital platforms. To respond to the transformative changes and stay ahead in the rapid media environment, The Korea Herald has been revamping and upgrading itself at a rapid pace.

In recent years, the paper has been beefing up its online footing. It launched mobile news apps for key digital platforms such as smartphones and tablet computers.

In 2010, The Herald’s newsroom adopted a new “content management system” designed to manage and distribute news articles and photos to different platforms efficiently.

The streamlined news distribution system is currently bolstering the company’s multi-platform strategy. For instance, if a new service for delivering news is required, The Korea Herald can flexibly use its underlying system to cover a new platform.

In 2011, an iPhone app was introduced, targeting college students, businesspeople and foreign readers interested in Korea.

In recent years, The Korea Herald boosted its visibility among Korean readers at a scale that is unprecedented. The paper outpaced other English media in providing more English news articles to major portals.

The country’s biggest portal, Naver, runs an English news section filled with content mainly distributed by The Korea Herald. The paper’s careful topic selections and rich content ranging from original graphic news to entertainment news are serving as a gateway for readers who want to read English news through various digital platforms.

The nation’s No. 1 English newspaper in terms of circulation has expanded its news platform to social networking services as well.

The Korea Herald launched its own Twitter account and Facebook accounts, which are now collectively followed by more than 19,200 users, by far the biggest following among English-language media in South Korea.

Furthermore, the paper offers “Herald Topic,” a mobile text service that provides readers with the latest news along with Korean translations. The mobile message service sends text messages regularly in the form of an English headline and the Korean translation of a key word.

As part of efforts to celebrate the paper’s 60th anniversary, The Korea Herald is introducing its own podcast service this month. The audio podcast, to be updated weekly on Apple’s iTunes in the initial stage, will feature English articles and their key expressions explained by staff reporters and native English speakers.

Content-wise, the paper’s newsroom is further strengthening its specialized content. In addition to Diplomatic Circuit, Expat Living, Voice and Sharing, The Korea Herald has added more in-depth, theme-based news through Science, Education and Environment pages as well as Newsmaker, a daily column on the day’s most newsworthy person or event. 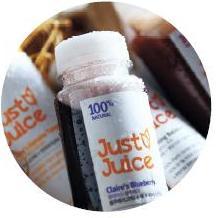 Not settling for the status quo, The Korea Herald and its parent company Herald Corp. have sought new growth markets in a bid to innovate the way news and media-related businesses are handled.

Under the new management initiative of “Life Beyond Media,” Herald Corp. took on new projects like eco-friendly manufacturing and the production of organic juice to be at the center of consumer life. The media enterprise is also hosting prestigious forums and contests to serve the local community.

Last year, Herald Corp. revamped its new corporate identity focused on “Life Beyond Media.” The firm also changed its company name from Herald Media to Herald Corp. to emphasize its focus on other future-oriented sectors.

Information and knowledge includes the newspaper business ― The Korea Herald, The Herald Business and The Junior Herald ― and lifestyle and environment refers to non-media businesses such as Herald Ecochem, Herald Ecofarm and Herald Artday.

Adding two more flavors “Kevin’s Bokboonja Apple” and “June’s Hallabong,” a total of six types of juices bursting with vitamin C and other antioxidants are generating positive customer responses in the local market.

It also launched the nation’s first juice detox line called “3-Day Total Cleanse” early this month. To keep the juice fresh, the firm sells the product on the same day it is squeezed.

Herald Ecochem is another starting point of the company’s business expansion into the eco-friendly plastic recycling market. The company runs a polyethylene-based sheet film manufacturing plant in Gimpo, Gyeonggi Province. Within a year, the business gained growth momentum by pulling off a fivefold increase in its film production from 60 tons in the first month to 300 tons per month this year.

Artday, a unique subsidiary of the media group, was established in 2010 with its focus placed on digital platforms from the very beginning. It launched a first-of-its-kind mobile app providing information on art exhibitions, ticketing and an artist index.

The firm began holding online auctions in October 2011, which are readily accessible to first-timers and experienced collectors alike.

Herald Corp. is also charging ahead in the conference business and cultural events.

Recognizing that design is a big growth engine for Korea, the company held the first-ever design-centered event called “iDEA Herald Design Forum” in 2011.

World-leading designers and brand experts, such as Inno Design CEO Kim Young-se and industrial designer Karim Rashid, participated as key speakers and explored diverse issues on the role and future of design.

For this year, the company named the week of Oct. 7-10 “Herald Design Week” to hold a larger-scale event, combining a forum, design-related markets and various events to mark the 60th anniversary of the paper’s foundation. The upcoming forum is slated for Oct. 8.