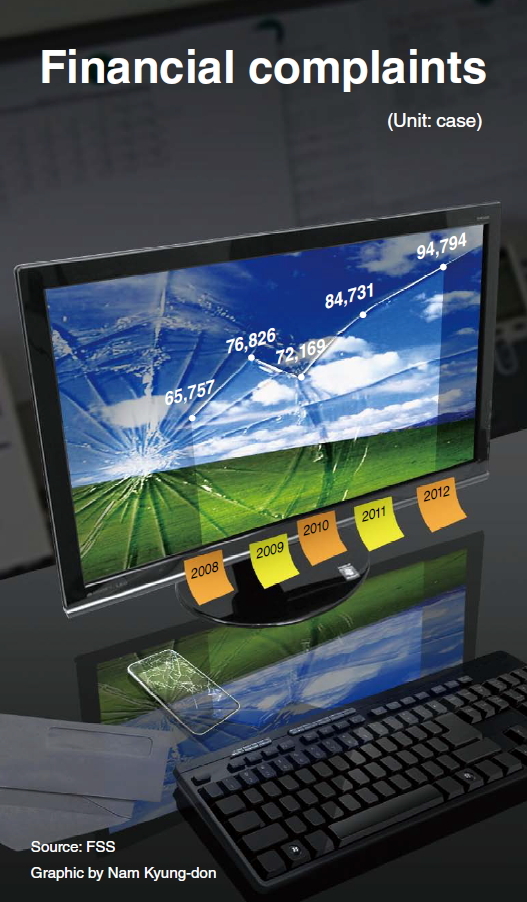 Consumers’ complaints against the nation’s financial institutions have gradually increased over the past three years, data showed.

According to a report released by the Financial Supervisory Service, the number of complaints consumers filed with the financial authorities amounted to 94,794 cases last year, a 11.9 percent increase from 2011, which posted 84,731 cases.

Analysts said financial consumers’ complaints seem to have increased due to a long slump in the nation’s economy and the recent suspension of operations of troubled savings banks.