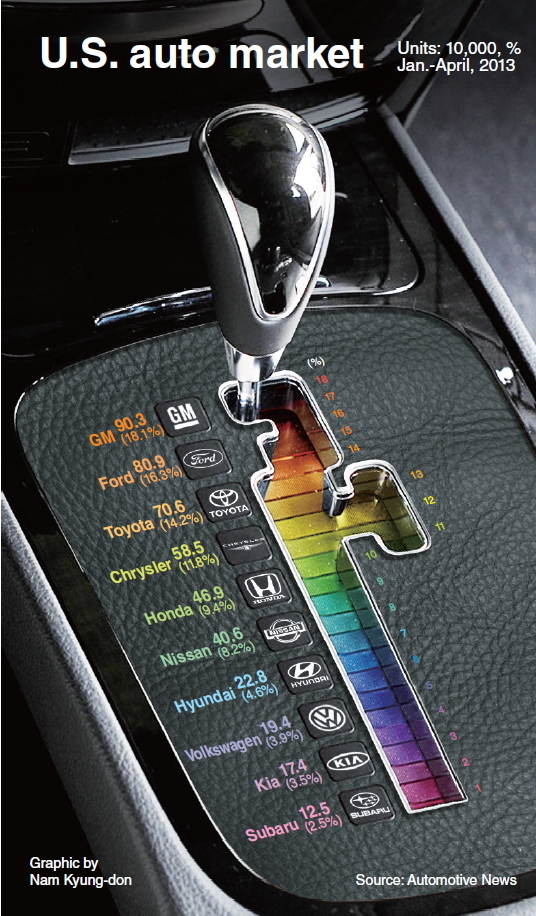 Hyundai Motor and its sister automaker Kia Motors have revved up their presence in the U.S. market since early this year, recovering from last year’s lackluster sales dwarfed by Japanese carmakers.

Hyundai and Kia sold a total of 110,871 units, gaining a combined market share of 8.6 percent as of last month, up from 7.3 percent in December.

Although their combine market share is still short of the 9-plus percent achieved in April last year, the Korean auto giants are gradually recovering due to increasing demand for their midsize sedans.

Japanese automakers such as Toyota and Honda ranked among the top five thanks to a weakening yen. GM and Ford remain the top two carmakers in the U.S.