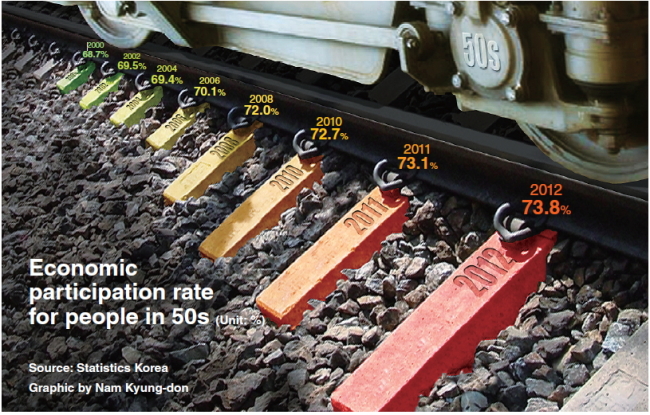 According reports from the Korea Exchange and Statistics Korea, however, the economic participation rate of the so-called “baby boomer generation” of those born between 1955 and 1963 is expected to abruptly decline as they will soon reach retirement age.

The baby boomers make up about 14 percent of the country’s total population.