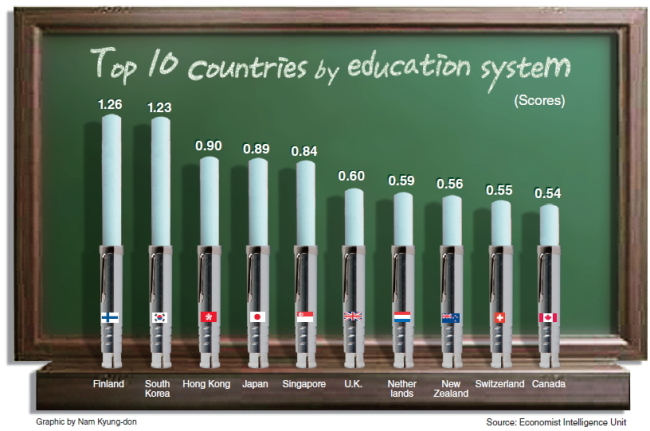 Korea’s education system is ranked 2nd out of the 40 countries with the best education systems, according to a global league table published by the Economist Intelligence Unit for London-based education firm Pearson.

Korea is behind Finland, and followed by Hong Kong, Japan and Singapore. The world’s economic powerhouses Germany and the United States are ranked 15th and 17th, respectively, showing that there is no direct economic correlation between high- and low-performing education systems, the report said.

Finland topped the list with a score of 1.26 measuring cognitive skills and education attainments, while South Korea had 1.23.

The success of Asian countries in these rankings reflects the high value attached to education and the expectations of parents, according to the report.