Local TV media and newspapers reported that the rookie politician dodged tax-paying duties, took credit for research work that was not his own and received a high salary even after he left the management of his computer virus developer Ahn Lab.

Fresh allegations were raised a day after Ahn made a public apology for his wife’s tax-dodging on Thursday. 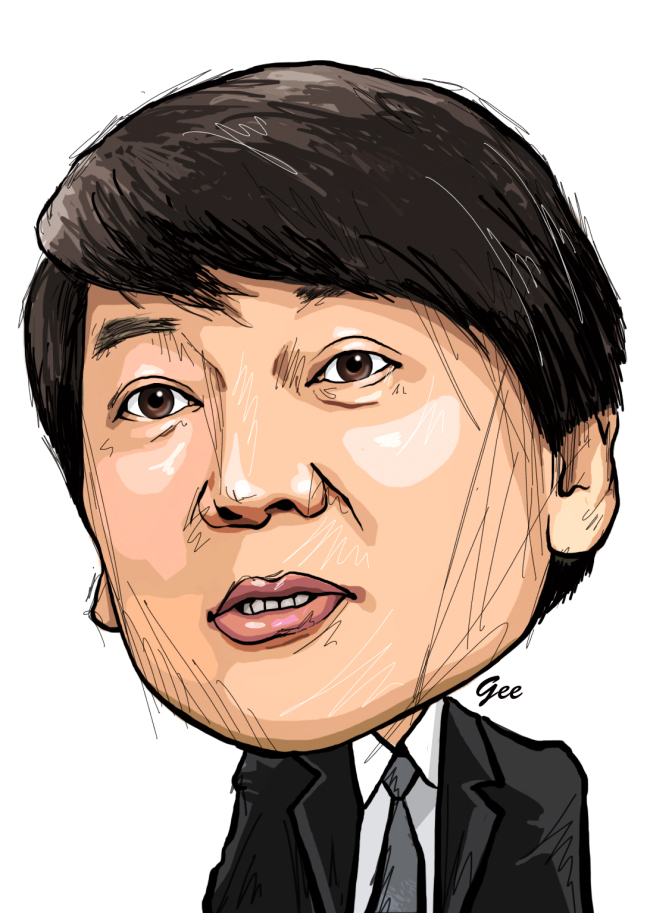 Ahn misrepresented the sale price of his residence in southern Seoul to the local administrative office as 70 million won ($62,000) in December 2000, KBS reported. But the actual transaction price of the apartment was between 150 million and 200 million won at that time. Ahn may have sold the apartment at 224 million won, higher than the average sale price, the local reports said, quoting real estate brokers.

The 50-year-old apologized again, but through his spokesperson.

“The price of the Sadang-dong apartment has been reported differently from the actual price. He will be ready to take responsibility for that,” Ahn’s spokesperson said.

However, other aides to the presidential hopeful claimed that the apartment would have been exempt from the transfer tax since he owned the residence for a long time and it wasn’t classified as a luxury residence. Ahn bought the apartment in 1988 with the help of his mother and lived there for four years.

A local cable TV station also reported that the former medical doctor took credit for a thesis that wasn’t his work.

Ahn was one of three authors of the thesis published for an academic paper “The Seoul Journal of Medicine” in 1993. But this was a re-work of another thesis written by one of the co-authors in 1988, said reports, adding that three charts and six graphs from the two theses are identical.

Ahn presented the 1993 thesis to Seoul National University as his major research achievement in 2011 when he was applying for the dean post at the Graduate School of Convergence Science and Technology.

Ahn’s spokesman Yoo Min-young claimed the first author of the 1988 paper asked Ahn’s assistance to develop the research and also translate the work into English. For Ahn’s contribution, he was listed as a second author, said Yoo.

Professors at SNU also backed the liberal contender, saying that having a contributor listed as a second author is “natural” in academia.

Another local daily reported that Ahn made more than hundreds of millions of won a year even after he stepped down from the CEO post at Ahn Lab in 2005. He is also faced with other allegations such as making illicit profits through fraudulent transactions of shares of his computer virus developer.

On Thursday afternoon, the independent presidential candidate apologized over allegations his wife evaded paying around 10 million won in taxes by under-reporting the price of an apartment she bought in 2001.

In the contract, Kim underpriced the 450 million won apartment at 250 million won, thus the reducing acquisition and registration taxes by up to 10 million won. The practice, referred to as down contract, is often adopted by real estate purchasers to dodge taxes.