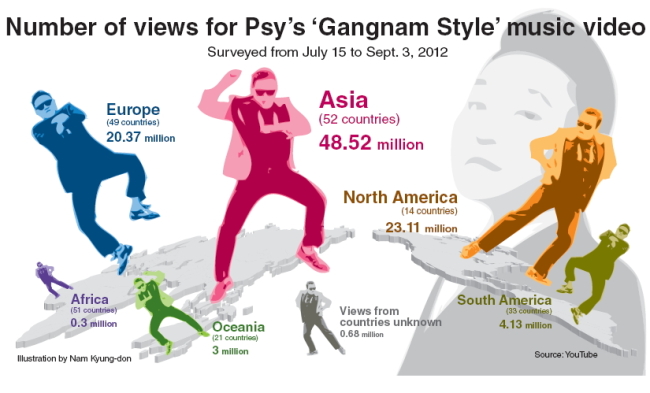 Surprisingly, the data also revealed that the online music video attracted more views from countries in North America and Europe than Japan and China, where K-pop already has a strong presence.

The music video by the South Korean singer broke the 130-million mark in just 58 days. It took more than three months for world star Justin Bieber to break that with his hit-song “Boyfriend.” It was three years before the music video for Lady Gaga’s “Poker Face” broke the 130 million mark, the data showed.