KT to pursue 3W, LTE as next technologies


KT Corp. said Monday it was aiming to meet the fast-rising demand for wireless data usage by equipping itself with fourth generation wireless broadband and Long Term Evolution technologies. 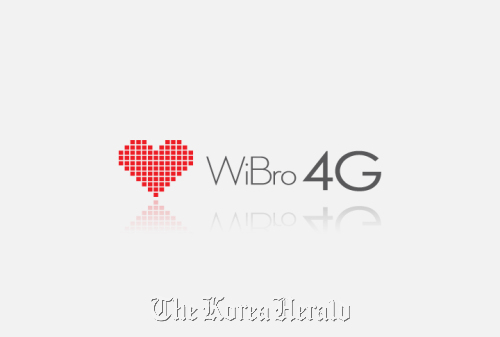 The country’s biggest fixed-line service operator said it would begin servicing the nation’s capital with its 4G LTE networks in November, expanding its network nationwide by 2013.

The firm will also introduce a wide array of 4G wireless gadgets in the latter half of this year. It unveiled the first Android smartphone running on the 4G WiBro network in collaboration with HTC called “EVO 4G+” last Thursday.

KT’s rivals SK Telecom and LG Uplus are leading the LTE race as they are preparing to release the service in the Seoul metropolitan areas on July 1. However, KT’s mobile business group chief Pyo Hyun-myung has been stressing that the 3W network ― WiBro, Wi-Fi and Wideband Code Division Multiple Access technologies ― along with the LTE technology is the answer since more time will be needed to provide full LTE service.

“The LTE service, which is scheduled to be offered by our competitors in July, is a data-only service, meaning it will be only available on laptops or tablet PCs and the service on smartphones is possible later in September,” Pyo said during a press conference last week. “KT is gearing up to release the LTE service in November when the network is fully ready for the smartphone launch.”

In a related effort, KT established a 4G WiBro network across the nation in April, including Jeju Island, providing high-speed access in 82 cities and seven highways.

The 4G WiBro network is expected to give seamless Internet access that is three times as fast as the current 3G networks to 85 percent of the population at fixed locations and even when people are on the go.

“The latest 4G technology will enable people to enjoy watching online video streaming services while they are moving,” said a KT official.

On Jeju, it offers wireless Internet in 20 tourist hot spots, such as Mount Halla and Seongsan Sunrise Park, and the company has installed “Egg” devices that transform WiBro to Wi-Fi signals for improved wireless connections on public transportation, according to company officials.

Since offering the nationwide WiBro coverage, the number of service subscribers has been continuously on the rise, reaching 438,000 as of April, up from 376,000 last year.

The figure of WiBro signal transformer Egg owners also topped 190,000 on June 20, selling more than 20,000 per month with the completion of the WiBro network across the nation, its officials said.

KT’s full wireless coverage scheme comes after Pyo told reporters last year that KT expects data traffic using the 3W networks to surge up to 295 times for 3G, 37 times for WiBro and 13 times for Wi-Fi in the next four years, beginning this year.

The projection is based on the increasing number of tablet PCs and mobile-connected television users, triggered by the launch of Apple’s iPad in Korea.

The No. 2 mobile carrier also plans to create up to 100,000 wireless Internet hotspots by this year as it currently has the most number of Wi-Fi zones ― up to 64,542 ― among the three mobile carriers here.

The company is also looking to secure a larger wireless broadband spectrum to prevent network overload by bidding for a license to operate in the 800 megahertz or 1.8 gigahertz range.

The 10-year licenses for the new radio spectrum, which will be bid for in August, will enable the carrier to provide 3G telecommunication services as well as 4G LTE services.